‘Defence of Japan 2022’: Moment of Reckoning 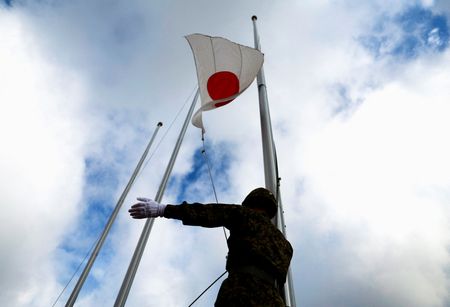 Japan’s annual ‘Defence of Japan’ (DOJ) 2022 was released in July. It appeared after the assassination of former PM Abe, a leading light of Japan’s enhanced defence capabilities. The ruling Liberal Democratic Party obtained a firm majority in the upper house elections before its release. PM Kishida therefore, is in a firm position to relook at Japan’s defence strategy.

The DOJ, says that the three major security related documents, the National Security Strategy of 2013, the National Defence Programme Guidelines (2019) and the Medium-term Defence Programme (up to 2023) will all be reviewed. These may boldly think beyond extant paradigms in order to pre-emptively deter changes to the status quo by force and prepare for modern information and cyber warfare.

The DOJ 2021 cover for the first time showed a samurai on horseback, perhaps indicating determination to improve its defence. In 2022, the paper is more substantive, but the cover retuned to natural themes.

The DOJ has four parts and 16 chapters. First are the threats. There is rising emphasis on Russian threats. Japan perceives Sino-Russian collusion in intruding more frequently in Japanese waters and air space all around their archipelago. A determined Sino-Russian push into the Pacific Ocean causes anxiety. ‘It is not an exaggeration to say that we have entered a new period of crisis in the twenty-first century’, writes  Kishi Nobuo Minister of Défense of Japan in his introduction to the DOJ 2022.

This other major threat is over Taiwan. Officials in Japan indicated growing concern regarding potential tensions in the Taiwan Strait in since 2021. For the first time, the DOJ 2021 explicitly framed stability around Taiwan as vital to Japan’s security. Now in DOJ 2022, Taiwan is a focal point. The threat to Taiwan is seen as a threat to Japan because of the proximity of Japan’s outlying Islands towards Taiwan. Japan is committed to supporting the US under the US-Japan treaty, which now not only includes a defence of the Senkaku Islands, to which the US is committed, but a defence of Taiwan to which Japanese resolve is clearer. To undertake such measures, Japan requires augmentation of its defence capabilities.

North Korea is always cited as a threat with the DPRK unrelenting in its development of nuclear-capable missiles. Japan believes that the DPRK could join the Sino-Russian axis at an opportune time.

A consistent threat towards the Free and Open Indo-Pacific (FOIP) is China. Japan desires a rule based international order in the Indo-Pacific. ‘The Indo-Pacific region in which Japan is situated has been significantly affected by changes to the global balance of power and faces various security challenges. In particular, the tension between the U.S. and China is becoming more pronounced in Taiwan and the South China Sea’, the DOJ avers.

Climate change and the environment which often give rise to greater demand for HADR are also cited as threats.

In the second segment, Japan analyses the ambit of its engagement with its international allies and how to deal with the perceived threats. The Japan-US alliance is the pillar of their foreign and defence policy. This is augmented under the Biden administration with closer coordination. (Part III Chapter 2)

The 2+2 took place in January and the new economic 2+2 in July 2022. Japan now is less reticent about the Quad and does not hide it from view. Kishi in DOJ said: ‘In the face of unprecedented challenges, the ties between the partners are further strengthened. Among these, the bond of the Japan–U.S. Alliance remains unshakeable, and trilateral cooperation among Japan, the U.S., and Australia, and quadrilateral cooperation among Japan, the U.S., Australia, and India, are further deepening’.

Collaboration with India and Australia is high on the agenda. Besides the Quad, Japan is coordinating more with European countries like Germany, France and the UK in the Indo- Pacific. With the Ukraine crisis, Japan intends a larger role as it does not see the Ukraine crisis as separate from the crisis in the Indo- Pacific.  Japan for the first time participated in a NATO summit in Madrid in June.

Compared to 2021, Japan’s international defence engagements have considerably increased. ASEAN countries are also mentioned with whom Japan’s informal Defence Ministers Meeting have continued quietly over many years. During the recent visit of Indonesian President Jokowi to Tokyo, more than economics, it was the strategic cooperation which was mentioned. Japan will participate in Indonesia’s Garuda Shield exercises, along with US and Australian contingents. This seems a Quad+ initiative.

Similarly, closer coordination with the Philippines and Vietnam, for exercises, on HADR, marine surveillance and the like are in the DOJ.

The Taiwan problem is a major one for Japan. Chinese efforts to arraign Taiwan militarily and continuous intrusions have an empathy in Japan, which faces over 200 intrusions by Chinese boats and aircraft in the East China Sea. Taiwan is closer to Japan than many imagine. Japan has augmented batteries on islands like Ishigaki, Yonagunijima, and Miyakojima in the Senkakus.

Besides its commitment to the US, Japan has its own vocal Taiwan constituency. Abe’s demise is a loss for the pro-Taiwan lobby. There are enough people in Japan to continue that legacy. Defence Minister Kishi Nobuo, brother of Abe Shinzo, visited Taiwan in 2020 and is among the proponents for a high-level Taiwan presence at the funeral of Abe on 27 September.

The Taiwan and Ukraine issues contributed to a rising popular expectation that Japan should increase its defence capabilities. Over the last decade opinion polls showed that this support was rising from about 40% but the latest crisis has taken this to 64% which is unprecedented. The poll conducted by Asahi Shimbun and Professor Taniguchi Masaki of Tokyo University showed these rising trends. In a Nikkei poll, up to 90% respondents believed that it was the right time for Japan to increase its defence capabilities in view of the rising threats.

What exactly does Japan intend to do to increase its defence preparedness?

The definition and the revision of the three documents is among the changes. They will study whether the self-defence forces (SDF) should remain in defensive posture or, given the proximity of threats, should acquire first -strike offensive capabilities. This is the critical difference between their interpretation of Article Nine of the Constitution which prohibits Japan from having ‘war potential’. The Défense Strengthening Acceleration Council was established to discusses options to defend Japan.

The government has the majority in both houses of the Diet to amend the Constitution and allow Article Nine to give a legal status to the SDF. It does not appear to be in a hurry to do so. It is trying to achieve its objectives without expending much political capital. It is increasing defence expenditure.

LDP’s Research Council, prior to the Upper House elections, recommended that Japan should increase its defence budget to 2% of GDP. At present the budget is just around 1%. It was 0.98% in 2021 till an augmentation was carried out which increased it to about 1.1%. The defence minister has said that the budget is above 1% but then demurred, saying that the figures were unconfirmed. The current augmented defence budget of Japan is about $54 billion. A doubling of that will take it to about $110 billion. The LDP Council’s report suggested this over a period of five years to 2027 which is the same date by which Japan expects sterner Chinese action on Taiwan. However, neither the Chinese defence postures nor Japanese preparedness is perhaps ready to wait for 2027.

There are varied voices in Japan, particularly from the Ministry of Finance who believe Japan’s economic performance at present does not merit such a rapid increase in defence expenditure. In Japan, the assassination of Abe has been a setback to this effort. At the Shangri La dialogue, Kishida, who is now firmly in command, issued his ‘Kishida Vision for Peace’; he indicated an increase in defence expenditure without mentioning the 2% figure.

Be that as it may, the trend of increasing Japanese expenditure on defence is now clear. It may take some time to meet the NATO requirements of 2% per annum. What will Japan do with this enhanced expenditure? It will improve its human resource capabilities within the SDF. It will obtain more modern equipment from the US, particularly aircraft. It will invest in counter-attack capabilities .US-Japanese joint production will be discussed. If there are more Japanese joint production efforts, Japan’s export capabilities of defence equipment to ASEAN, India and others will become more feasible.

Japan looks at three particular fields, electromagnetic, cybersecurity, and space consistently over the last few years in the DOJ, to focus their attention on.

Chinese development of hypersonic glide vessels, the deep forward deployment of UAVs, improved maritime force capabilities and coming together with long range Russian bombers and surveillance aircraft troubles Japan. Therefore, they wish to challenge the civil military fusion of Chinese resources and the higher use of artificial intelligence to build a global military power which may exceed US capabilities.