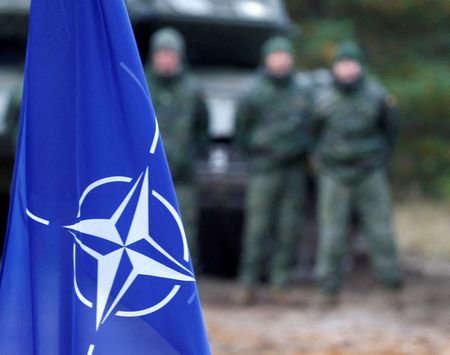 NATO would be likely to reinforce its troop presence in the Black Sea and the Baltics while fending off cyberattacks if Russia were to invade Ukraine, diplomats and former officials said. But with the Western military alliance under no treaty obligation to defend Ukraine, which is not a NATO member, some of the toughest decisions could fall on the European Union. They include how to hit Moscow with any new economic sanctions, the fallout from any shortage of Russian natural gas to Europe and taking in refugees fleeing war.

Russian Deputy Foreign Minister Sergei Ryabkov has said that diplomacy last week over legally binding security demands had come to a “dead end”. Envoys and experts are divided over whether Russia will invade Ukraine. The Kremlin has massed 100,000 troops near Ukraine’s borders, a buildup that the West says is preparation for a war to stop Ukraine ever joining NATO. Russia denies planning an invasion.

NATO is already intensifying the strategy it has employed since Russia annexed the Crimea peninsula from Ukraine in 2014, with more defensive military planning, modernising deterrents, supporting Ukraine with cyberwarfare teams and seeking dialogue with Moscow. As there is a risk of any conflict spilling over into NATO territory around the Black Sea, the alliance faces the dilemma of how much more to prepare and how to support Kyiv. Even though NATO agreed at a summit in Bucharest in 2008 that Ukraine would one day become a NATO member, the alliance is not bound by its founding treaty to defend Ukraine.

U.S. President Joe Biden has ruled out sending U.S. troops to Ukraine to fight Russian soldiers. NATO Secretary-General Jens Stoltenberg said on Nov. 30: “It is important to distinguish between NATO allies and partner Ukraine …. Ukraine is a partner, a highly valued partner.”  Two NATO diplomats said Western steps to support Ukraine could range from more U.S. weaponry and drones for the Ukrainian armed forces to intensified training of Ukrainian forces – especially in ways to react to any Russian missile attacks. Britain has begun supplying Ukraine with anti-tank weapons.

Stoltenberg said the Western military alliance would sign an agreement on closer cybersecurity cooperation with Kyiv in the coming days, without giving more details, after cyberattacks on Ukrainian government websites last week.

Hans-Lothar Domroese, a retired German general who led one of the highest NATO commands until 2016, said that if Russia invaded Ukraine, NATO would “raise the alert levels.” “NATO might reinforce the eastern front, sending bigger military units to Poland and the Baltic states, something NATO has ruled out so far. NATO might also base troops in south-eastern Europe,” he told Reuters. That would still be in defence of NATO territory, but would send a message of resolve to Russia.

Since 2014, NATO has prioritised reinforcing the Baltics, and has deployed four multinational battalion-size battlegroups led by Canada, Germany, Britain and the United States in Latvia, Lithuania, Estonia and Poland. Estonia’s prime minister told Reuters last week that the Baltic states were talking to allies about increasing military deployments on their soil, and Stoltenberg has said any Russian attack on Ukraine would spur a decision.

Denmark agreed last week to send four more F-16 warplanes to Lithuania and a frigate to help patrol the Baltic Sea. The troops serve as a “trip wire” for NATO’s 40,000-strong response force to come in quickly and bring more U.S. troops and weapons from across the Atlantic. 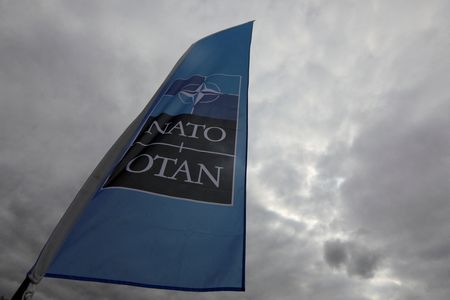 Retired U.S. General Ben Hodges, who commanded U.S. army forces in Europe from 2014 until 2017, said NATO allies should prepare for broader consequences from any Russian invasion of Ukraine. He warned that the militarised Crimea peninsula has become Russia’s “unsinkable aircraft carrier”. “I would expect that if there is a new offensive on a significant scale, there is a chance of a spillover, whether at sea, in the air, in cyber,” Hodges told Reuters. “If there is a new offensive, then we have three NATO allies in the Black Sea region: Romania, Bulgaria and Turkey … We should be taking all steps for our collective defence.”

The two NATO diplomats said allied defence ministers were likely next month to discuss sending more forces to NATO’s multinational division headquarters in Romania. Although operational since 2017, it remains only a land command, without immediate air, maritime or special forces. Hodges said a more substantial operational centre would include more naval and air exercises, intelligence sharing, greater monitoring of Russian submarines and commercial port visits to Crimea, and ultimately better preparation for conflict.

Romania has pushed for a bigger NATO naval presence on the Black Sea, but its neighbour Bulgaria is wary of provoking Russia. The involvement of Turkey, a member of NATO but not of the EU, would be crucial.

Jan 19, 2022
US and Russia have to settle the issue directly, involvement of UK and European Union (may be Turkey) will make the situation much more complicated and tense being close neighbouring country. US and Russia need to hold talks directly can sort out this matter in phased manner and they can sort this out.