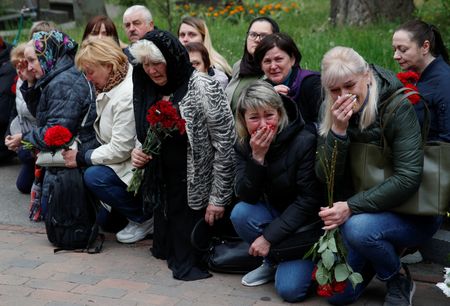 Yes, the first morning of creation wrote what the last dawn of reckoning shall read.

However, in the present case the tragedy is unfolding sans a script. In the case of Ukraine, the war will end with a cease-fire, not with either belligerent inflicting on the other a huge military defeat that can lead to a cease-fire or surrender. The principal actors are Presidents, Zelenskyy, Putin, and Biden. The NATO and the European Union are accompaniments. We do not know when the ceasefire will come.

The prevailing Western version, endorsed by New York Times, BBC, The Guardian, and others can be summarized as follows:

In 2014, an aggressive and ambitious Putin, correctly judging that the Western political leadership was weak, pounced upon a weak neighbor and annexed the Crimea. That impotence of the West led Putin to believe that he could do it once again. This time the West is determined to teach him a lesson by imposing crippling sanctions and by arming Ukraine. In short, the West is glad to get an opportunity to cut him to size, if not see his downfall.

Ukraine and Russia are one country. There was an urgent need to ‘de-Nazify’ and ‘de-militarize’ Ukraine.

Russia demanded security guarantees from Washington and Brussels. In plain English, Moscow wanted a clear assurance that Ukraine would not be taken into NATO and the force level of NATO in countries neighboring Russia should not be increased from what it was in 1997.

Russia demanded security guarantees in the middle of December 2021 and on 21st February 2022, President Putin told President Macron that he was still waiting for the response from the West. Russia had deployed troops at the border with Ukraine for months and on 24th February 2022 Russia invaded.

Moscow does not know how to argue its case. Its arguments are far from lucid and are not supported by good reasoning.

On 10th November 2021, Ukrainian Foreign Minister and U.S. Secretary of State signed a treaty in Washington which was significantly under-reported by the Western media. How many in India have known about it?

The following excerpt sums up the treaty:

Section I: Principles of Cooperation

This Charter is based on core principles and beliefs shared by both sides:

Moscow noted or should have noted that for Washington and Kiev, Ukraine’s joining the NATO was not important when the United States guaranteed by a solemn treaty Ukraine’s territorial integrity. There are clauses in the treaty pointing towards strategic partnership in defence. We may assume that it was this treaty that made Russia seek security guarantees.

Instead of drawing attention to the 10th November 2021 treaty, Moscow demanded assurance about NATO’s not admitting Ukraine. This was a mistake. By drawing attention to NATO, Moscow made it easier for Biden to counter it by asserting the seemingly correct proposition that every country has a right to choose its defence policy and Russia was seeking to bring Ukraine under its sphere of influence.

Moscow should have drawn attention to the 10th November 2021 treaty and invoked the 1962 Cuban missiles crisis and pointed out that Presidents Kennedy and Putin were using the same argument.

Putin’s argument that Russia and Ukraine were the same state for centuries and that Ukraine had no right to exist independently demonstrated considerable ignorance of international law, adding fuel to his detractors’ campaign to demonize him. Nor did the talk about ‘de-Nazification’ cut much ice.

Have the much trumpeted about sanctions worked?

No. Economic sanctions are imposed to alter the behavior of the state targeted. In this case, Putin’s behavior has not changed, with the war in the fifth month. That the damage done to Russia’s economy has given Biden malicious pleasure and for a while some propaganda advantage is beyond doubt.

As of now, we may note that Russian economy is slated to shrink by 10 to 15%; Germany’s foreign trade has registered a deficit for the first time in May 2022; the economies of the West are entering a phase of slower growth, shortages, and inflation.

In short, sanctions are a double-edged sword.

More significantly, contrary to the naïve calculations of the Western governments and think tanks, Russo-Chinese relations are only getting deeper and stronger. If the sanctions on Russia continue indefinitely and if Russia’s frozen deposits in Western banks are used for reconstruction of Ukraine, we shall see a breakdown of the rule-based international order with frightful consequences.

Has President Zelenskyy played has his cards well?

No. He has been bluffing about joining NATO, even when he knew that there was no earthly chance of it. He had naively concluded that the Pentagon would act in accordance with the treaty of 10th November 2011. He has miscalculated that with weapons from U.S. and others, the Ukrainian military could stand its ground and even throw out the Russian military.

Over 11 million Ukrainians have been displaced, and the eastern part of the country is under Russia. Reconstruction will cost $750 billion according to Ukrainian government’s statement at the recently held conference at Lugano, Switzerland.

The comedian has presided over a tragedy, partly of his own making.

Yes. India has stood up to the bullying from the West. India has voted at U.N. not for Russia, but for India.

India has bought oil from Russia and is selling goods to Russia.

Is a new international order in the making?

No. A new international disorder is in the making.

Putin might declare a unilateral ceasefire after completing the capture of Donbas and Odesa, giving Russia complete control over the Black Sea, and converting Ukraine into a land-locked state. Putin will add that he is prepared to negotiate.

The West might find it difficult to give a united response. 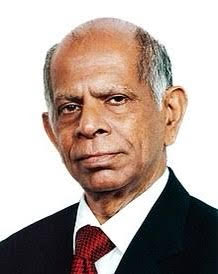 Ambassador K P Fabian served in Indian Foreign Service from 1964 to 2000 when he retired from Rome as Ambassador to Italy and Permanent Representative to UN in Rome. Currently, Ambassador Fabian is Professor at Symbiosis and at Indian Society of International Law. He has published 'Common Sense on War on Iraq' and 'Diplomacy: Indian Style'. His book 'The Arab Spring That Was and Wasn't' has been published by MacMillan.