Is Pakistan Getting Ready for Israel? 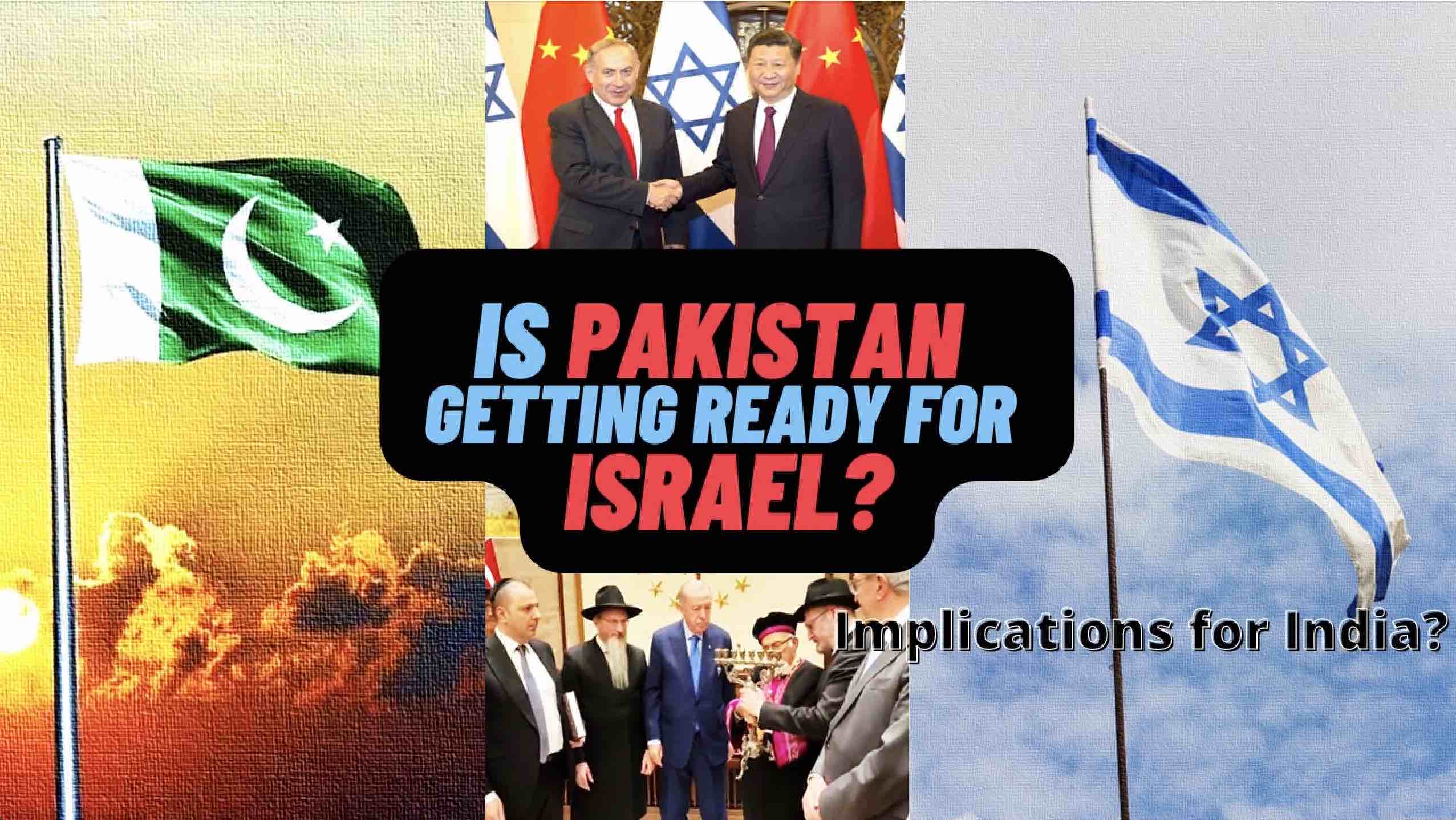 A week ago, a Pakistani- American delegation visited Israel, business was not the objective, but interfaith harmony. Since last few years Pakistan and Israel have been trying to thaw their relations. How successful will this be and what will be the implications of it for India? Let’s glean through the history and future of this relationship.

A Pakistani Americans delegation visited Israel in the 2nd week of May, apparently to promote Israeli-Pakistani relations. Their visit was sponsored by a pro-Israel civil group Sharaka (meaning partnership in Arabic), which was established in 2020 after the historic Abrahams Accord was signed by Israel, United Arab Emirates and Bahrain. The Pakistani delegation was headed by a Pakistani-American lobbyist in the US, Aneela Ali and had media persons like Ahmed Quraishi in the group who happens to be employee of the state TV. One of the media outlets confirmed “the delegation met top Israeli leadership including Israeli President”. 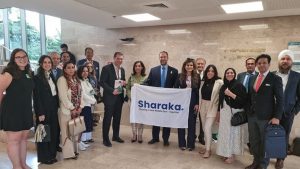 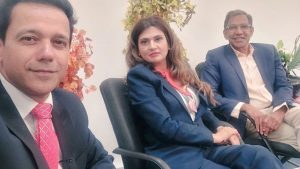 The delegation was clear that an official thawing of relations between Pakistan and Israel can take place only after Palestine is recognized and that Israel and Palestine can solve their issue.

Ahmed Quraishi confirmed, the delegation was given permission by Imran Khan’s government.

Since 1947 Pakistan and Israel have maintained contacts with each other. It worked for both countries to keep their rendezvous under wraps. For Pakistan, this secrecy assisted its rulers to maintain regular contacts with Israel whilst maintaining public opposition to the Jewish state and not enraging the populace against the government.

But in more recent times there have been many chance encounters and planned meetings.

In 2005, former Pakistan Foreign Minister had held a high-level dialogue with then Foreign Minister of Israel, and then in 2018 it was ostensibly a private business jet that reportedly flew to Islamabad from Tel Aviv. After the meeting in 2005 the Israeli foreign minister confirmed that Israel didn’t see Pakistan as an enemy and faced no threat from latter’s nuclear programme, albeit that did zilch to their official relations with Pakistan. In 2017, then PM of Israel, Benjamin Netanyahu, repeated “ We (Israel) are not enemies of Pakistan and Pakistan should not be our enemy either”.

But the most shocking news came in 2013 when Israel exported military equipment, including hi-tech gear used in combat jets over 5 years to Pakistan. 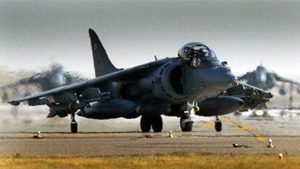 Last year Zulfi Bukhari, Ex Pakistani Prime Minister Imran Khan’s Special Assistant on Overseas Pakistanis & HRD, was forced to defend himself with a tweet “Did not go to Israel”. The tweet was posted in June 2021, after a report was published in Israel Hayom (an Israeli media house) that Bukhari had visited Tel Aviv in November 2020, with missives from Imran Khan and Pakistan Army Chief Qamar Javed Bajwa to the then Israel’s intel chief Yossi Cohen. 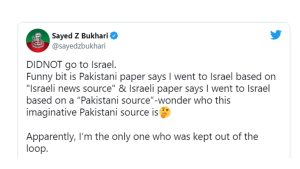 According to Israeli media, this was the first formal contact between Pakistan and Israel since the era of former military dictator Pervez Musharraf. The contact was made through Musharraf’s initiative and with the backing from Pakistan’s ally Turkey. But apparently the meeting led to nothing conclusive.

A pandemonium was created in Pakistan after the news was out and Zulfi Bukhari denied the claims. Pakistan being home to a population where majority of people hold antisemitic opinion, Ex PM Imran Khan and his predecessors maintained that diplomatic thawing relations with Israel isn’t a possibility.

Interestingly in Feb 2022, both the countries participated in an exercise together. United States Naval Forces Central Command (USNAVCENT) co-hosted International Maritime Exercise 2022 (IMX22) with the Mediterranean-based Sixth Fleet, which conducted the Cutlass Express 2022. IMX is the world’s largest international maritime exercise held from 30 January till 17 February 2022. 60 countries participated in it, with 9000 naval combatants and 50 naval vessels of from across the globe. In addition to providing naval assets, Pakistan Navy also assumed duties of Deputy Commander for the exercise. 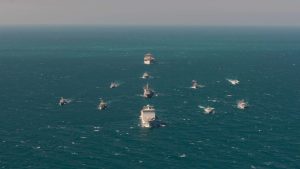 However, further details about participating personnel and assets were shrouded in secrecy. This silence was particularly telling because it was for the first time that Israel Navy was also participating in IMX22.

But then in recent times this is the second time that the Pakistani and Israeli navies have shared a common platform, earlier during Exercise Sea Breeze 2021 in the Black Sea region they had come together where Pakistani Navy was an observer.

Under normal circumstances anyone would just ignore these exercises as any indication of relationship thaw, but a good example of this would be the exercise in 2016 and 2017 when Israeli Air Force pilots held a joint military exercise with fighter pilots from Pakistan and the UAE in the US, even though the countries did not share diplomatic ties with Israel back then. Abraham’s accord was signed on August 13th, 2020!

It is believed that since sometime Pakistan has been “under pressure” to recognize Israel, as confessed by Ex Pakistan’s PM Imran Khan himself. The factors influencing are not just GCC’s normalization of ties with Israel but also China’s bonhomie with the Jewish country.

But how would this impact India?

An optimistic view on Pakistan normalizing ties with Israel is—that Pakistan’s “Kashmir” cause will be weakened after it officially recognizes Israel. Ergo this is why India doesn’t believe Pakistan will ever want an official diplomatic relationship with Israel, earning the ire of it’s populace.

But Israel on the other hand, is nimble footedly countering Iran wherever it can and Pakistan’s assistance in this direction will be of great help. Of course, such a cooperation will not need an official stamp of recognition, simultaneously both the countries may gift each other some concessions. This will work in Pakistan’s favour, it will not just have GCC’s backing as Iran is their nemesis, but such a cooperation will also get American support. The question then is— will that work in India’s advantage? 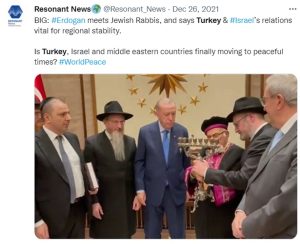 So right now, we may conclude sanguinely that Israel has experience handling such complicated relations, and Indo-Israel relations will remain unimpacted by any developments towards Pakistan, which in any case will not happen officially for atleast next 5 years. Unofficial contacts and cooperation will continue!

May 31, 2022
I don't worry about Pakistan. I wish Israel well. Open diplomacy allows them to expand and accelerate their intelligence on Pakistan, the terrorist spawning nation. Every Pakistani military and civilian leader is for sale, all are focused on foreign bank accounts and properties in the first world nations; hence Israel will have no difficulty in completely infiltrate their entire government. I don't worry about a corrupt military; when they are focused on money and property - they cannot prosecute a war. Israel is India's friend, but as someone (maybe Kissinger) said: nations have no permanent friends, just permanent interests. Israel will look out for itself, India must look out for itself. Is about the size of the situation. All I worry about is: is India getting more atmanirbhar? Are we able to lead as top quality manufacturing hub for the world? Does our IT produce killer-apps (the next Google)? Are we treating our own citizens well, and equally? Pakistan will be Pakistan. Enough said.

May 28, 2022
Levina and her exposés are always unique. You have connected the dots and brought out some unknown facts that would upset many in Pakistan.