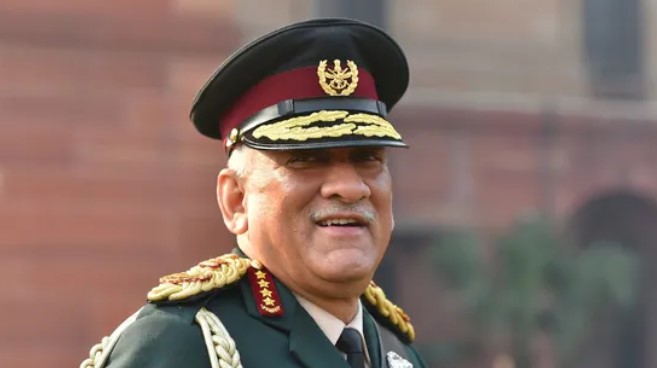 There are moments in a nation’s history when time stands still. The unfortunate and untimely death of the country’s first Chief of Defence Staff General Bipin Laxman Singh Rawat is one such occasion.

There have been fatal accidents before too involving the country’s senior most military officers. So, what was different about the accident involving General Bipin Rawat?

General Bipin Rawat was different because he was our first Chief of Defence Staff. He was different because no other senior military officer in the past was in the cross fire of the political divide of the country and therefore had to bear the brunt of unjustified, undignified and at times brutally cruel criticisms which at times took shape of pure vilifications. This was done to him just because he spoke and acted in what he thought was in the best interests of the nation.

Other Chiefs before him also kept national interests above everything else, but they were not hounded by some political leaders and a section of media houses for speaking their mind. In fact, they were given legendary status for doing so and rightly so. The greatest example before us was Field Marshal Sam Manekshaw. The Field Marshal had his view and he was respected for his view. This was not the case with General Bipin Rawat.

General Rawat was assessed as “too patriotic”, “too tough” and “too outspoken” by many and was therefore conveniently branded.

As the Chief of Army Staff, he had a ‘tough-no nonsense’ approach when it came to leadership. He walked the talk when it came to giving a “befitting reply to the enemy”. He proved this when he led the Indian Army in a decisive and firm manner during the Doklam crisis. The resultant withdrawal by the Chinese was a significant setback for them along the Northern borders in a long time. General Bipin Rawat was part of the team which planned and executed the Balakot air strikes by the IAF.

As the Chief of Defence Staff, he oversaw the robust response by the Indian armed forces against the Chinese misadventures in Eastern Ladakh. The response was not just limited to the Northern borders, but it was orchestrated in all domains including the sea, air and space. He understood the hybrid warfare better than anyone else and minced no words when it came to the present-day role of civil society in the nation’s security.

It was then no wonder that because of his extremely aggressive outlook as a military leader, General Bipin Rawat was specifically targeted by social media warriors from both within and outside our country.

General Bipin Rawat as Chief of Defence Staff treaded a path which no one before him had ever ventured. He knew the system well and was determined to shake it off the slumber in the best interests of the nation.

As a nation we waited for decades to have a Chief of Defence Staff. The nation was long witness to turf wars between the three services. General Rawat was on mission mode to integrate the three services into one single fighting entity in the best interests of the nation. His no nonsense approach and some plain speaking led to fierce criticism from within the services. But he did not bother about these as he believed that it was always the nation first.

One of the often-heard criticism in Fauji circles about General Bipin Rawat was about his initiatives to cut down the unwanted perks and privileges for the service personnel, especially officers. But his thoughts were that a country which is still developing cannot afford to squander its meagre resources on issues which did not have an operational bearing. This again made him an unpopular man amongst a section of the armed forces. But here too he was clear about his vision and his task as the Chief of Defence Staff.

General Bipin Rawat was in the forefront when it came to protecting the young leadership of the Indian Army. Many a times during counter terrorism operations when situation got out of control and the young officers were at the receiving end of media trial, General Bipin Rawat gave his unflinching support to these young officers and he ensured that no harm is done to those who worked on ground with the best of intentions and in the best interests of the nation.

Apart from being a tough military leader, General Bipin Rawat was an extremely down to earth officer who strongly believed in the culture, traditions and unique strengths of our country. He therefore always maintained a close relationship with his village at Pauri Garhwal.

There were many professionally outstanding Generals before him. Some were known as ‘Soldier’s General’, some are remembered for their ‘Strategic Brilliance’, some for a ‘New Doctrine’ and some for the ‘Victories’ in a particular war. 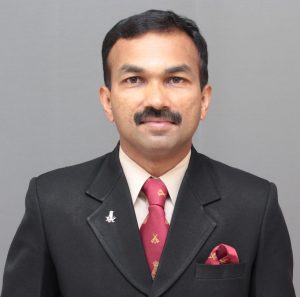 Dec 13, 2021
Generations of youth in future will find it hard to believe a man of CDS Bipin Rawat caliber served the Indian Armed Forces. A very strong, capable , likable & much loved man. He had a certain magnetism in him. Natural leader. The next CDS has very big shoes to fill. But the disciplined , patriotic & tough Indian Armed Forces will have many more determined leaders like him to carry on his legacy, as history has proven. CDS Rawat has already created the blueprint of the future of the Indian Armed Forces. That blueprint has already made India manifold stronger. That is his biggest achievement. Great son of India. He will never be forgotten.

Dec 12, 2021
Very well written tribute to CDS General Bipin Rawat. We saw the news on tv and my family's heart sank and everyone had tears in their eyes. It felt like a personal loss to all of us. Only a chosen few get to serve the motherland and lay down their lives while doing the duties. My respects and salute to the soldier's general and others who laid down their life while serving the motherland. Jai Hind

Dec 11, 2021
IT IS A SHOCKING NEWS WHICH HAS COMPLETLY TAKEN DOWN US ON 8 DECEMBER. IT IS A TRAGEDY FOR INDIA TO LOOSE A MAN OF HIS STAURE HIS IMPORTANCE TO INDIA IN THE PRESNT TIMES IS UNPARALLELED. AN EXTENSIVE ENQUIRY HAS TO BE INITIATED IN THIS MATTER AT THE EARLIEST. GENERAL RAWATS CONTRIBUTIONS HAVE PLAYED AND WILL BE PLAYING A CRUCIAL ROLE IN INDIAS SECURITY IN REGION AND ALSO GEOPOLITICAL FUTURE BE IT THE INDEGENISATION OF DEFENCE EQUIPMENTS OR THEATRISATION OF COMMANDS ENSURING A BETTER FUNCTIONING BETWEEN TRI-SERVICES. A DECOATED GENERAL NOT ONLY WITH MILITARY HONOURS BUT THE LOVE AND REPSECT FROM INDIANS. INDIAS FIRST CDS AND PEOPLES GENERAL WITH A HEAVY HEART WE BID GOODBYE TO ALL THOSE LOST THIER LIVES IN THE CATASTROPHIC HELIO CRASH. GENERAL YOU ARE IMMORTAL. OM SHANTI JAI HIND .............

Dec 11, 2021
My heart sank as as news trickled in about the helicopter crash and mentioned the possibility of Gen. Rawat as one of the passengers. The mood in my house too was very sombre. He was too important a person for our country to be taken away so soon. The changes that he was effecting as CDS would have changed the face of our military forever. We just hope the next CDS appointee can show the same courage and conviction to push ahead with the reforms.

Dec 09, 2021
Well written Col. Dinny. Many of us civilians know very little about these defence people & their top brass. Yes the untimely demise of CDS Bipin Rawat is an irreparable loss to nation. May his soul rest in peace.

Dec 09, 2021
History will be indebted to general Rawat for being the change agent - in the attitudes and processes which catapulted India into a self sustaining great military power - one who can defend her interests - one who is a peaceful and responsible economic powerhouse.