Wait And Watch in Afghanistan 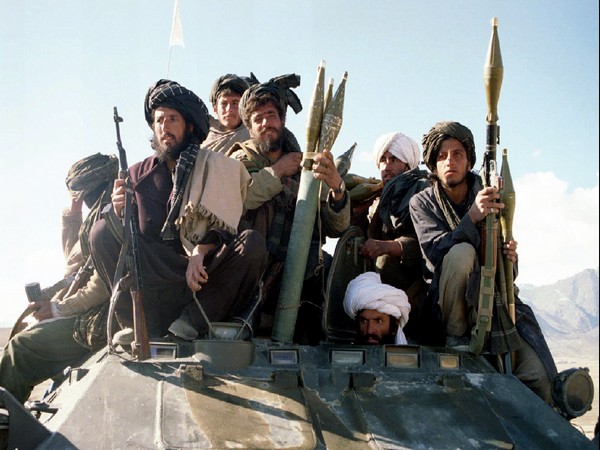 Wait And Watch in Afghanistan

History seems to be obsessed with the bad habit of repeating itself. For more than four or five centuries Afghanistan has been the most favoured destination for testing the super power status of countries from time to time. Not that the land locked Afghanistan was a strong power. Neither was Afghanistan part of any regional or global grouping. The country does not even have an acceptable pan-national identity. Yet the British, the former Soviet Union and the US have tried to plant their flag of supremacy on the Afghan soil and bitten the dust.

The hasty and unpleasant US withdrawal from Afghanistan much before the scheduled date assumes great significance in many ways. The US had proposed to treat one set of Taliban fighters as ‘good Taliban’ as against the other faction as ‘bad Taliban’. It is no secret that the ‘bad Taliban’ faction is the one that does not comply with the dictates of the US led forces. ‘If you are not with us, you are against us’ is their way of distinguishing between friends, allies and detractors. With such a generalised attitude, US cannot absolve itself of the errors of commission and omission in Afghanistan.

The prime objective of the US’s involvement in the Afghan affairs was not only to punish the perpetrators of the ghastly terror attacks of 9/11 but has its origins in the Cold War. The US began to reset its foreign policy by linking it to fight the expansionist strategy of the Soviet Union. The then USSR was eager to expand beyond Central Asia and reach out to the Indian Ocean by forming a larger coalition of friends and allies opposed to the US led Western hegemony and world order.

For the strategic community in the US any regime or leader capable of standing against the Soviet Union was good enough to invest in. With a view to prevent the Soviet Union from getting a foot hold in the strategic waters of the Persian Gulf the US helped in the creation of Taliban, a highly radicalised mercenary outfit of fighters armed to teeth with modern weapons and committed to an archaic and obscurantist socio-political dogma.

After the disintegration of the Soviet Union the US suddenly decided to leave Afghanistan, literally to its fate, and pretend that all is well with the world. The Cold War had ended and world communism was considered a thing of the past. What the White House forgot was that a cache of highly destructive modern weapons they had left behind had fallen into the hands of a set of religious fanatics for whom the ancient land of Afghanistan became an arena for Afghan’s favourite game buzkashi.

For a change, the US led NATO troops became the most sought after targets of the Taliban fighters who were taught the art of warfare by the very same US army veterans to unleash them on the Soviet Union’s Red Army. The Taliban became the adhesive for terror groups from lands near and far as well as for outfits like the Al Qaeda which wielded enormous clout all the way from Pakistan to Sudan.

The world woke up to this unpleasant truth rather late and reacted by getting the UN to adopt Resolution 1267 which created the Al-Qaeda and Taliban Sanctions Committee. But all this did very little to reign in the terror outfits which had grown to monstrous proportions. Finally, the US got the taste of its own medicine. The 9/11 terror attack on America jolted the country out of slumber and forced the White House to declare a war on terrorism.

What was essentially a national calamity of the US brought upon by its own folly and flawed strategies was turned into a global problem. Ironically, the US did not enlist the support of India or the democratic world as allies in its war on terrorism. It decided to seek the support of Pakistan, a state which became the epitome of all terror activities.

What followed is history. The US fought a war which had no clear objective. If defeating terrorism was one of the objectives, the US had neither the tools nor a strategy. If dismantling the dreaded Taliban was one of the objectives, twenty years was too long a period for it. After twenty long years, spending about two trillion dollars, losing more than two and half thousand lives and killing about two lakhs of people a tired and defeated US army scrambled everything they could lay their hands on and left Afghanistan in a hurry; almost as they had in the nineties. The Taliban has moved in effortlessly and captured Kabul, just as they had done in the nineties.

There is little reason to believe that the Taliban is a changed outfit and have become paragons of democratic virtues. If news reports are to be believed, they might have learned one or two new publicity tricks like presenting a new and sober image as a tolerant organisation. But the fangs cannot remain hidden for long nor the hatchet lie buried for ever. Releasing videos of protests against Taliban seems to be part of the propaganda mission of the terror outfit which is not able to enlist wider support of the common Afghan citizens. Giving interviews to foreign journalists and rolling out promises to allow freedom to women to work and girl child to pursue education are also part of the publicity scheme to project a “fair and lovely” face of Taliban.

It was easy for Taliban to take over Kabul without any resistance from the Afghan National Army. It may not be easy to retain the power.

It is obvious that there are deep rooted innate contradictions in the Taliban. Besides the Pashtun and non-Pashtun factions, there are a number of other smaller groups which are fiercely obsessive about their tribal identity and control over their respective land and assets. Very soon China and other powers will move in seeking contracts for mining of minerals and tapping natural resources.

It will not be easy for the Taliban establishment in Kabul to dole out contracts, play the role of a mediator and take its share of the booty. For example, during the democracy days even the Afghan National Security Force (ANSF) found it difficult to exercise total unhindered control over Raghistan gold mine which was under the control of Tajik fighters who had joined the ranks of Taliban. With the ANSF practically gone, it is doubtful if this group will yield its control over the gold mines to the Kabul establishment. As it is, the teething troubles have already begun for the Taliban with the banks running out of dollars and the (gold) vaults reporting empty.

Both Pakistan and China will move into Afghanistan with indecent haste. It is too early to conclude that China has a strategic edge in Kabul. China needs the support of the Taliban to control the Baluch freedom fighters targeting the China Pakistan Economic Corridor (CPEC). It may not be easy for Beijing to deal with an Islamic Emirati in Kabul in the background of the inhuman treatment of the Uyghur Muslims in Xinjiang. The Taliban will surely like China to unroll its authority in Xinjiang. As the Taliban does not have a single Afghan identity, it will be easy for it to include some of the Uyghur freedom fighters into its rank and file.

The most important yet weak link of the Taliban is in the north where the East Turkistan Islamic Movement (ETIM) or the Turkistan Islamic Party is very strong and active. This Sunni Islamic fundamentalist movement close to Uyghur nationalism will extract its pound of flesh from the Taliban leadership by asking them to roll back controls in Xinjiang and would like to do to the Chinese occupation forces what Taliban did to the Afghan army and its collaborators.

During his visit to China, Taliban’s apex leader Mullah Abdul Ghani Baradar was asked to put down the rebellion of the ETIM which Chinese foreign minister Wang Yi identified as ‘posing a direct threat to China’s national security’. It is not going to be easy for the Taliban to antagonise the ETIM in the areas which were once the stronghold of the Northern Alliance.

Meanwhile, India as president of the United Nations Security Council (UNSC) has warned China not to play double game when it comes to tackling terrorism. While China is terming as ‘terrorism’, the Uyghur resistance to Beijing’s bulldozing of their fundamental rights, it has no qualms about supporting terrorist outfits in Afghanistan, Pakistan and elsewhere in the region. China had consistently refused to go with the rest of the world in designating Masood Azhar of the Pakistan based Jaish-e-Mohammed as a global terrorist. But China is not alone in treating terrorism with different yardsticks.

New Delhi is following the right path of wait and watch. India will not be in a position to recognise Taliban any sooner or compromise with its position on total rejection of terrorism as state policy by the Taliban. India has provided humanitarian assistance, infrastructure support and peace building mechanisms to the dispensation in Kabul. India will like to continue to do all this for the sake of the people of Afghanistan who deserve a better deal for peace and progress.