US combat forces to leave Iraq by year’s end 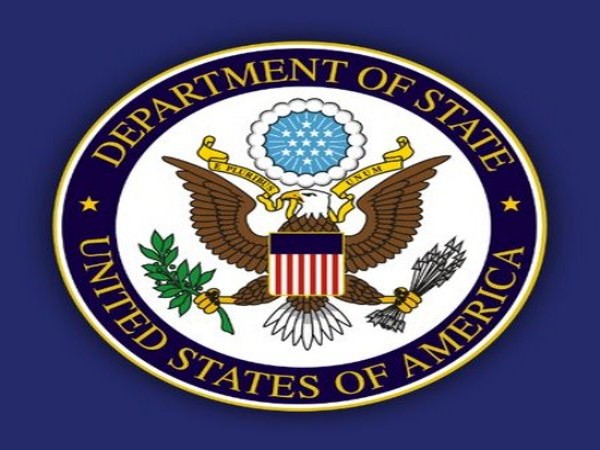 Washington [US], July 27 (ANI): There will be no US forces with a combat role in Iraq by December 31, 2021, the US and Iraqi governments said in a joint statement following the strategic dialogue held in Washington on Monday (local time).

The delegations include – Iraq’s Minister of Foreign Affairs Dr Fuad Hussein and the US Secretary of State Antony J Blinken. They co-chaired the final session of the Strategic Dialogue, initiated on June 11, 2020, in accordance with the 2008 Strategic Framework Agreement for a Relationship of Friendship and Cooperation between the United States of America and the Republic of Iraq (SFA), according to a statement issued by US Department of State on Monday (local time).

The joint statement said that the two countries reaffirmed the importance of these discussions, which focused on strengthening the long-term strategic partnership defined by the SFA and on key issues of mutual concern: regional stability, public health, climate change, energy efficiency, energy independence, humanitarian aid, human rights, economic cooperation, and cultural and educational exchanges, among other issues.

Iraq provided a detailed accounting of its efforts to promote the safe and voluntary return of internally displaced persons to their home regions, and the United States pledged its continued support in this regard.

The two delegations reaffirmed the principles agreed upon in the SFA. The United States reaffirmed its respect for Iraq’s sovereignty and laws and pledged to continue providing the resources Iraq needs to preserve its territorial integrity.

The Government of Iraq reaffirmed its commitment to protect Coalition personnel advising and enabling the Iraqi Security Forces (ISF) and reasserted its position that all Coalition Forces are in Iraq at its invitation.

The two delegations also emphasized that the bases hosting US and other Coalition personnel are Iraqi bases and are operating per existing Iraqi laws; they are not US or Coalition bases, and the presence of international personnel in Iraq is solely in support of the Government of Iraq’s fight against ISIS.

The delegations decided, following recent technical talks, that the security relationship will fully transition to training, advising, assisting, and intelligence-sharing role, and that there will be no US forces with a combat role in Iraq by December 31, 2021.

The United States intends to continue its support for the ISF, including the Peshmerga, to build their capacity to deal with future threats.

The two delegations confirmed their commitment to the protection of human rights and fundamental freedoms, including freedom of the press, through strict adherence to due process of law, national constitutions, and their respective international human rights obligations and commitments. Both sides confirmed that free and fair elections will strengthen Iraq’s sovereignty, democracy, and development.

The Iraqi side provided a detailed account of its plans to promote voter participation and ensure the safety of voters, candidates, poll workers, local monitors, civil society groups, and international observers.

Both delegations stated their appreciation for the international community’s support, expressed through UN Security Council Resolution 2576 (2021) and concurred that the presence of both a UN Assistance Mission for Iraq (UNAMI) monitoring team and EU observation mission represents a good-faith effort by the international community to support the call of the Iraqi people and the Iraqi government for free and fair elections in October.

Iraq welcomed long-running US support for UNAMI, and recent US financial contributions to UNAMI’s electoral-assistance, including for its election monitoring team.

Both sides intend to pursue cooperation in working with international organizations and through intergovernmental processes, including the 26th Conference of the Parties of the United Nations Framework Convention on Climate Change, to be held in Glasgow this fall. The United States expressed its support for Iraq’s effort to promote economic reform and enhance regional integration, in particular through energy projects with Jordan and the GCC Interconnection Authority.

The two delegations reaffirmed their determination to preserve and strengthen the strategic relationship, across the full spectrum of bilateral issues, for the sake of their respective national interests and their shared interest in regional stability. The United States and Iraq confirmed that they would resume their discussions through the various coordinating committees enumerated in the SFA, the statement added. (ANI)