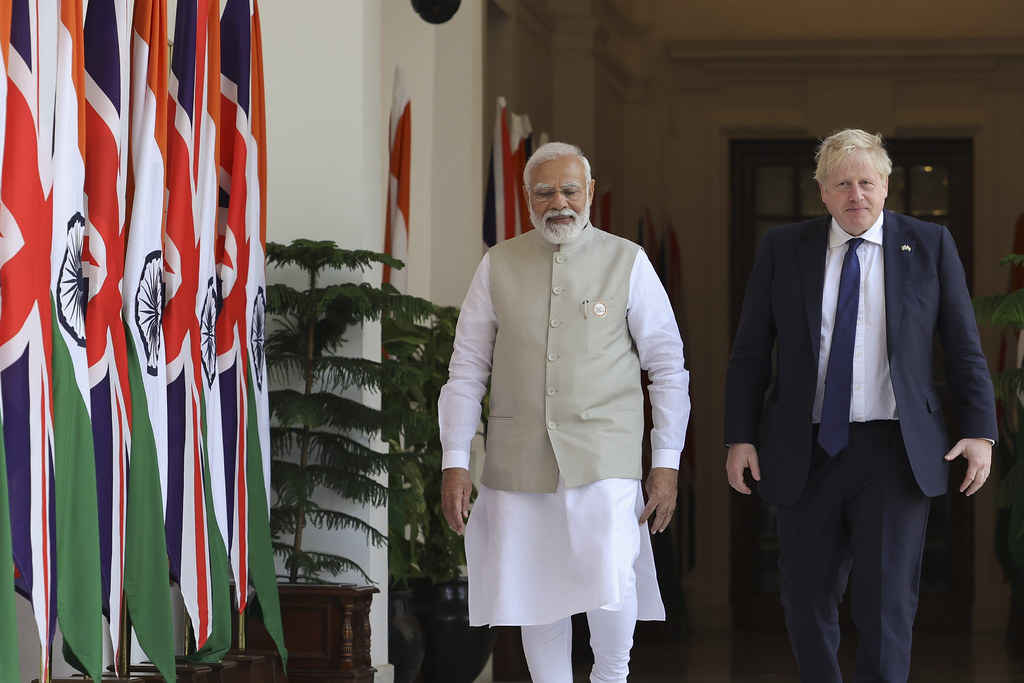 New Delhi, Apr 22 (PTI) The UK’s partnership with India is a beacon in stormy seas as the world faces growing threats from autocratic states which seek to undermine democracy, choke off fair trade and trample on sovereignty, British Prime Minister Boris Johnson said on Friday.

Ahead of his talks with Prime Minister Narendra Modi, Johnson said the India-UK collaboration, from climate change to energy security and defence, is of vital importance as both countries look to the future. The British high commission said Johnson is expected to discuss with Modi the next-generation defence and security collaboration across the five domains — land, sea, air, space and cyber — as both nations face complex new threats.

This includes support for new Indian-designed and built fighter jets, offering the best of British know-how on building battle-winning aircraft and support India’s requirements for new technology to identify and respond to threats in the Indian Ocean, it said in a statement. “To support greater defence and security  collaboration with India over the coming decade, the UK will issue an Open General Export Licence (OGEL) to India, reducing bureaucracy and shortening delivery times for defence procurement. This is our first OGEL in the Indo-Pacific region,” the high commission said.

It said Johnson will also discuss new cooperation on clean and renewable energy aimed at supporting New Delhi’s energy transition away from imported oil and increasing its resilience through secure and sustainable energy, and addressing climate change in both the UK and India. The British prime minister arrived in India on Thursday on a two-day visit in the backdrop of the Russia-Ukraine war.

“The world faces growing threats from autocratic states which seek to undermine democracy, choke off free and fair trade and trample on sovereignty.The UK’s partnership with India is a beacon in these stormy seas,” Johnson was quoted as saying by the high commission. “Our collaboration on the issues that matter to both our countries, from climate change to energy security and defence, is of vital importance as we look to the future,” he said.

“Our governments are committing up to 75 million pounds (1 GBP= Rs 99.63) to roll out adaptable clean tech innovations from India to the wider Indo-Pacific and Africa, and working together on international development and girls education,” it said.