Ukraine says it has repelled Russian incursion in Sumy region

KYIV (Reuters) -Ukrainian border guards repelled an incursion by a Russian sabotage and reconnaissance group in the northeastern region of Sumy on Monday, the governor of the Sumy region said.

Dmytro Zhyvytsky wrote on the Telegram messaging app that the Russian group entered Ukrainian territory under the cover of mortar shells, grenades and machine gun fire but retreated after the border guards fought back.

Russian forces crossed into the Sumy region shortly after Moscow invaded Ukraine on Feb. 24. Ukrainian forces retook control of the region on April 8 and have been bracing for further attacks.

Separately, a spokesman for Ukraine’s border guards said in televised comments that the danger posed by Russian shelling in the Chernihiv and Sumy regions remained but that the border was under control in both places.

Andriy Demchenko said efforts were being made to strengthen defences at the borders with Belarus and Moldova’s breakaway region of Transdniestria since Ukraine could not rule out that Russia would try to attack from there.

Since May 10 the border service had noted that more Ukrainians were returning home than leaving the country, he added.

More than 80 days after the invasion started, Ukraine has scored a series of successes, forcing Russia’s commanders to abandon an advance on the capital Kyiv and making rapid gains around the second-largest city Kharkiv.

Moscow calls its actions in Ukraine a “special military operation” to rid the country of fascists, an assertion Ukraine and its Western allies say is a baseless pretext for an unprovoked war. 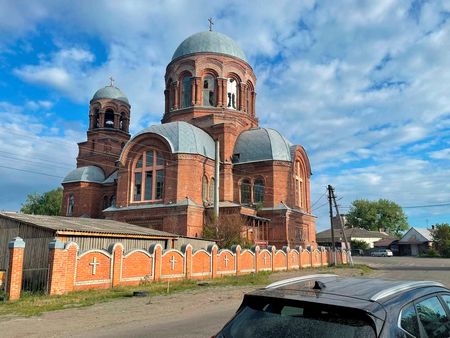