Ukraine crisis: India says in touch with all concerned parties, ‘constructive’ diplomacy need of the hour 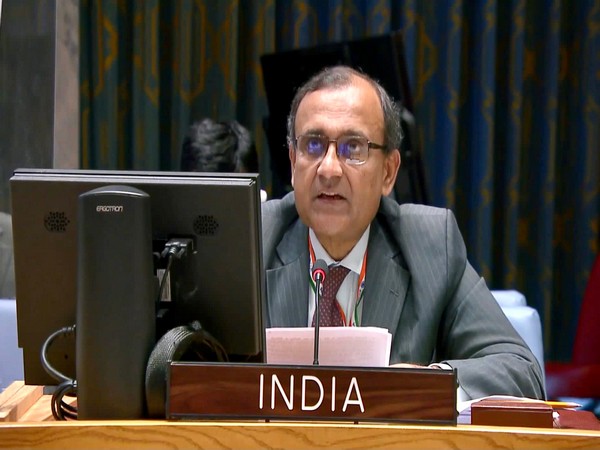 United Nations, Feb 17 (PTI) Amid heightened Russia-Ukraine tensions, India on Thursday said “quiet and constructive diplomacy” is the need of the hour and it has been in touch with all concerned parties, as New Delhi underlined that the well-being of over 20,000 Indian nationals in Ukraine is its top priority.

Speaking at a crucial UN Security Council meeting on the Ukraine situation under Russia’s Presidency of the 15-nation Council, India’s Permanent Representative to the UN Ambassador T S Tirumurti said New Delhi’s interest is in finding a solution that provides for immediate de-escalation of tensions. Any steps that increase tension may best be avoided by all sides in the larger interest of securing international peace and security. Quiet and constructive diplomacy is the need of the hour, he said. Tirumurti said India has been in touch with all concerned parties. It is our considered view that the issue can only be resolved through diplomatic dialogue”.

India’s interest is in finding a solution that can provide for immediate de-escalation of tensions taking into account the legitimate security interests of all countries and aimed towards securing long-term peace and stability in the region and beyond, he said. The White House has said that a Russian invasion of Ukraine can happen anytime now. We are in the window where we believe an attack could come at any time, and that would be preceded by a fabricated pretext that the Russians use as an excuse to launch an invasion, White House Press Secretary Jen Psaki said.

President Joe Biden had announced plans to dispatch Vice President Kamala Harris and Secretary of State Antony Blinken to attend the Munich conference to meet world leaders and unite them against Moscow. Amid the heightened concerns of a Russian attack on Ukraine, Tirumurti told the Council that more than 20,000 Indian students and nationals live and study in different parts of Ukraine, including in its border areas. The well-being of Indian nationals is of priority to us, he said.

India reiterated its call for the peaceful resolution of the situation by sincere and sustained diplomatic efforts to ensure that concerns of all sides are amicably resolved through constructive dialogue”. Tirumurti said India welcomes the efforts underway for implementation of the ‘Minsk Agreements’, including through the Trilateral Contact Group and under the Normandy format. We believe that the Minsk Agreements’ provide a basis for a negotiated and peaceful settlement of the situation in Eastern Ukraine. Accordingly, we urge all parties to continue to engage through all possible diplomatic channels and keep working towards the full implementation of the ‘Minsk Agreements’, he said.

The Minsk deal, brokered by France and Germany and signed by Russia and Ukraine in February 2015, provides a framework for a negotiated peace in Eastern Ukraine. The agreement aims to resolve the conflict between Ukraine and Russia-backed separatists that flared in April 2014 after Russia’s annexation of Crimea and its support for the separatists in the mostly Russian-speaking industrial east called Donbass.

Tirumurti said India also believes that meetings under the Normandy Format will further facilitate the implementation of the provisions of the ‘Minsk Agreements’, including its key security and political aspects. “In this context, we welcome the recent meetings of Political Advisers of Normandy Format countries in Paris and Berlin. We also welcome the unconditional observance of the July 2020 ceasefire, the reaffirmation of ‘Minsk Agreements’ as the basis of work under the Normandy Format and the commitment of all sides to reduce disagreements on the way forward, he said.

Meanwhile, Blinken made a stopover in New York before he headed for the Munich Security Conference. Blinken tweeted that he will address the Security Council regarding Russia’s threat to peace and security. We seek to resolve this crisis diplomatically but are prepared to impose severe measures should Russia further invade Ukraine .

The UN Security Council had met to discuss the Ukraine situation last month when ahead of the meeting, Russia called for a procedural vote to determine if the open meeting can go through. The Council needed 9 votes in favour to go ahead with the meeting. India, Gabon and Kenya abstained on the vote while Russia and China voted against. All other Council members, including the US, UK and France, voted in favour of the meeting. At that meeting also India had underlined that quiet and constructive diplomacy is the need of the hour and any steps that increase tension may best be avoided by all sides in the larger interest of securing international peace and security.

Leaders of France and Germany began efforts to negotiate a truce in talks with Russia and Ukraine when they met in Normandy, France, in June 2014, in what became known as the Normandy format.