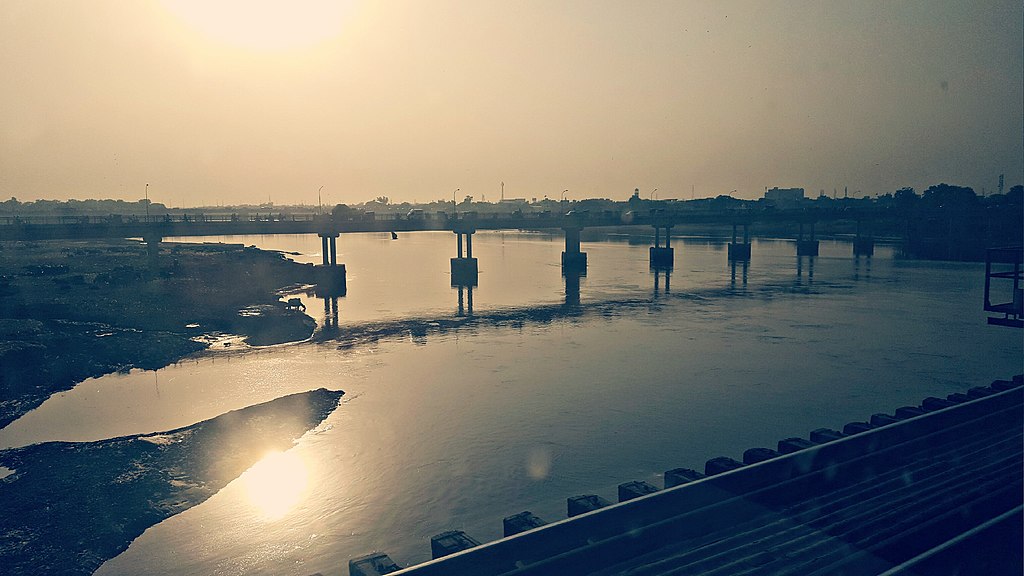 India and Pakistan resumed periodic consultations on Indus Water Treaty (IWT) after a gap of nearly eighteen months. Last meeting was held on 30-31 August 2018 at Lahore.  This gap was officially ascribed to COVID pandemic. Notwithstanding this explanation, hiatus was consequent to Balakot strikes of February 2019, abrogation of Article 370 and recall of High Commissioners by both sides.  116th meeting of Permanent Indus Commission anchored by Indus Commissioners of both nations met in New Delhi  on 23-24 Mar and held consultations.

The main item on agenda was planned   by India on Chenab river and its tributaries. The focus in last two meetings has been on designs of  Pakkal Dul (1000 MW) and Lower Kalnai  (48 MW). These talks followed agreement on cease-fire on LAC between both sides on 04 March. The obvious question- is this part of larger rapprochement or at least recalibration, after relations had touched the very ‘nadir’ ?

The specific issues related to IWT, merit detailed analysis.   Can there ever be a ‘win-win’ formulation under this treaty, originally slanted in favour of lower riparian state? Alternatively, driven by looming water scarcity in India, with the lowest per capita water availability, will it become more potent instrument, in quiver of leverages, for upper riparian nation?  It is relevant to draw attention to thesis, submitted by Brig (later Gen) Pervez Musharraf, during a course at Royal College of Defence Studies (RCDS), surmising that water will indeed be primary ‘casus-belli’ for next round of Indo-Pak conflict.

Chinese quest for clean water in Shakshgam for proposed silicon chip projects, has been cited, among possible reasons, for recent incursion in Ladakh. There was also hype on river manipulation project in Galwan. India had already been administered periodic jolts of Chinese high handedness as upper riparian, during Pare-chu deluge in Sutlej in 2000 and more recently Brahmaputra floods, even after express agreement and funding, on sharing of hydrological data. After opacity and denials, China seems to be revealing its intentions on water war with India.

Indus Water treaty (IWT) has survived three and half wars and unabated proxy war, logging more than 50 years, of uneasy existence. Brokered by World Bank, supporters of treaty describe it as, “uninterrupted and un-interruptible”. Like many relics of Nehruvian era, steeped in liberalism, it was in an era, when water wars were not even thought of.

IWT is a complex bundle of paradoxes. Despite Kashmir war of 1947-1948, Pakistan dalliance with Naga rebels (Phizo escaping to London through East Pakistan in December 1956), yet the treaty invested in hope, magnanimity and development to cement relations. Did IWT enable construction of Bhakra, Pong, Ranjit Sagar dams and Rajasthan canal? It triggered green revolution, helping India overcome ‘ship to mouth’ and PL-480 existence. How can we forget Monday fast in 60s, when nation had serious food crisis?

Critics blame Indian hierarchy for not leveraging upper riparian status and bartering away rights of three western rivers (Indus, Jhelum and Chenab), in lieu of exclusive rights of three eastern rivers (Ravi, Beas and Sutlej). In effect, it amounted to 135 MAF — million acre feet — (80.2%) share to Pakistan, compared with 33 MAF (less than 20%) for us. India also agreed to contribute 83 crore (in pound sterling) towards construction of dams and replacement canals in Pakistan. 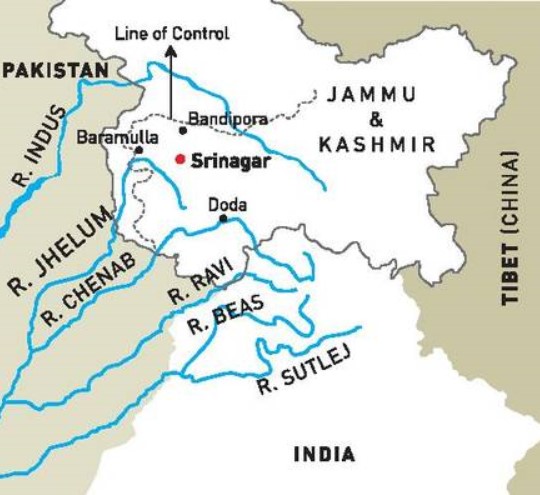 Ironically, in Pakistan, surviving on Punjab centric, agrarian economy, there were prolonged protests describing treaty, as complete sell-out. Considering non-water intensive, horticulture based economy in Kashmir, coupled with challenges of tapping western rivers upstream, it was probably logical to tap western rivers through Tarbela and other dams in Pakistan and construct canals to link Marala to Ravi and Balloki barrage to Suleimanki. Counter view-point to some extent is driven by  hindsight, which comes with 20×20 vision.

Riled by Pakistan engineered Fassadi agenda and consternation due to lack of dissuasive measures, there have been desperate demands for abrogation of treaty and sloganeering like, “terror and water should not be allowed to flow together”. There is a demand for revocation of treaty and choking Pak Punjab of much needed water. A mini trailer was flashed in 2008 with filling of Baglihar reservoir on Chenab. Though well within the treaty norms, as per Pak media, it resulted in estimated 30% crop losses. We may discount it as Pak hype but it is beginning to pinch and Sawalkote and other dams may really hurt. Indian position is justified by floods in Pakistan and large amount of water running off through Indus basin to Arabian Sea,  primarily due to poor basin management. In any case,  in a highly skewed treaty, we are entitled to optimise our allocations.

The reality check on emotive exhortations, throws up few interesting pointers, on need for calibration and well considered actions. Firstly, treaty has no exit clause and only remedy lies in invoking, most rarely utilised provisions of law of treaties under Vienna convention. Second, any attempt to renegotiate requires bipartisan agreement. Pakistan will definitely like to draw in, China and probably even Afghanistan (Taliban controlled), as co-riparian states. China factor is already manifesting in CPEC hydel projects on Indus and Jhelum in GB and POK.  Thirdly, it is elementary, that stopping of water without building reservoirs can only be unmitigated disaster. Building capacities in challenging terrain of Indus basin specially western rivers is both time and resource intensive exercise. Fourthly, hydel dams had literally gone out of fashion after Tehri dam and other such disasters.

The most important and harsh truth is that, we have failed to utilise the full potential of legitimately allocated eastern rivers and allowed annually approximately 5 MAF precious water to flow downstream to Pakistan due to inter-state bickering. However, the saving grace is that, central government has stepped in and work on much delayed balancing reservoir at Shahpur Kandi on Ravi has gathered pace and is nearly 60% complete. It is hoped that project will be functional by 2023. It is also heartening that satellite projects on smaller rivers like Basantar (Degh) and Tarnah are being given much needed push. Long overdue repairs of regulator mechanism on Hussainiwala head works are nearing completion. Hopefully, more water from Sutlej will reach legitimate recipients, farmers in Rajasthan rather than being wasted across. In a welcome departure, centre has not only given impetus but also assumed ownership through funding.

Our record on western rivers remains uninspiring, primarily due to repeated obstacles created by Pakistan, through IWT also  coupled with lack of concerted action by us. IWT permits   India to create storage on the western rivers of 1.25, 1.60, and 0.75 MAF (million acre feet) for general, power, and flood storages, respectively, amounting to total permissible storage of 3.6 MAF.  It does not stipulate India to deliver assured quantities of water to Pakistan and instead it requires India to allow flow to Pakistan, the water available in these rivers, excluding the limited use permitted to India by the treaty. There are no quantitative limits to the hydro power generation, utilising the western rivers nor any limit to the number of run-of-the-river projects up stream. For general, power, and flood storages amounting to total permissible storage of 3.6 MAF, India has built no storage and is yet to utilise its entitlement, even partially. Further, of the 1.34 million acres permitted for irrigation, India is using only 0.792 million acres. Out of an assessed potential of 18,653 MW, projects worth only 3,264 MW have been commissioned so far.

Salal project on Chenab has serious silting related issues due to Pak obduracy in design formulation, it is likely to manifest in Baglihar also. Faced with similar challenge, iron brother of Pakistan, China has carried out blasts in Sanmenxia dam, to flush out silt. Notwithstanding,  Pak obscurantist behaviour, our hydrographic designers have incorporated de-silting plugs in even vintage dams like Salal, which will be hopefully activated in future to drain the silt.

IWT in its conception, while outlining differing perspectives mandated need for sound, economical and efficient designs, even in era, when issues like climate change, de-silting, livelihood and non-consumptive usage were not critical. These issues of navigation and livelihood have been highlighted in stalled Wullar barrage (Tulbul navigation project) for minimum draught in Jhelum. Notwithstanding Pakistan delaying tactics, leveraging dispute resolution mechanisms-arbitration and even ICJ, it has only managed some minor tweaking, on run of river projects like Kishanganga. In almost all cases, Indian stand has been upheld, however, causing considerable time and attendant cost escalation penalties. We need to push ahead with Pakkaldul, Lower Kalnai,  Sawalkot, Ratle and Bursar, as even with these projects, total utilisation, out of potential 18,600 MW of power, will only be enhanced to approximately 62%. Concurrently, India has utilised very small portion of agreed storage of 3.6 MAF.

India with 17% of global population has barely 4% fresh water reserves. Even by optimistic projections, we have only 90 days reserves compared to many countries boasting of two years worth pounded reserves.  Reports of Chinese plans of constructing 1,100 km channel linking Yarlung Tsangpo (Brahamputra) with Taklamatan desert, should inspire us to take on Chandrabhaga tunnel project for inter basin transfer from Chenab. It will be fair to surmise that IWT, though suboptimal can be better harnessed, to optimise benefits through sustained focus. In sum, we should discard emotive distractions and focus on building hydrological infrastructure to tap our legitimate share of allocations under IWT. Central Government has taken appropriate initiatives and they have to be followed through.

Lt Gen KJ Singh, PVSM, AVSM & Bar is a former Western Army Commander and is currently, Haryana State Information Commissioner, after his tenure as Advisor to CM. He holds the Maharaja Ranjit Singh Chair in PU and is Member- UT Advisory Council. He is a regular columnist.