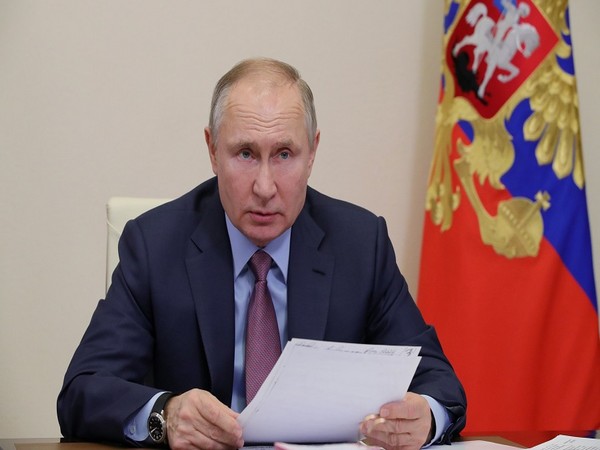 Speaking at a UNSC maritime security conference chaired by Prime Minister Narendra Modi, Putin vowed that Moscow will ensure security in the Persian Gulf and the Atlantic Ocean amid a surge across the globe in piracy-related incidents including robbery at sea accompanied by taking of hostages.

“Unfortunately, there are also many threats along sea routes. And that is why it is so important that today we are considering substantive, practical issues related to the fight against piracy of the 21st century, meaning to establish a more effective counteraction to transnational crime and prevent the use of seas and oceans for criminal purposes”, Sputnik reported citing the Russian President.

The Russian president added that the proposed structure could rely on the support of UN member states and that it could actively cooperate with experts, representatives of civil society, scientists, and even business people. “We hope that our partners will constructively consider the Russian proposal”, Putin was cited as saying by Sputnik.

Russia, he said is also interested in building productive relations with the Indian Ocean Rim Association and the Indian Ocean Commission. The high-level debate on ‘Enhancing Maritime Security – A Case for International Cooperation’ at the UNSC held through video conference was chaired by PM Modi.

The meeting was attended by several heads of state and government of member states of the UNSC, and high-level briefers from the UN System and key regional organizations. Meanwhile, speaking at the debate, US Secretary Anthony Blinken thanked India for its leadership and bringing all the countries together to recommit and strengthen the maritime rules and principles.

In a recent development, major European countries are sending their naval firepower to the Indo-Pacific in a show of support for Washington’s efforts to curb Beijing’s militarisation of the South China Sea. (ANI)

Aug 09, 2021
Mr. putin want a landlocked country of his to control Atlantic and persian gulf. I don't think he'll reject any proposal to control Pacific too. 😂 such overreaching is not in the interest of maritime security proposal. we must ensure rule based responsibility ensuring sovereignty and participation of coastal countries in this mission to secure oceans.