PM Modi proposes five principles for maritime security, says disputes should be sorted out on basis of international law 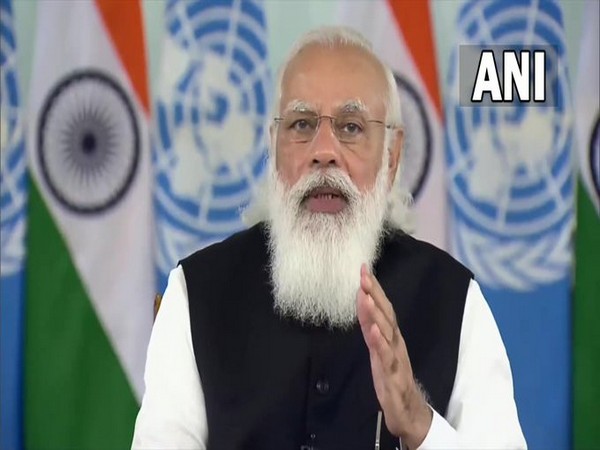 New Delhi [India], August 9 (ANI): Noting that the joint maritime heritage of the world is facing several types of challenges, Prime Minister Narendra Modi on Monday said maritime disputes should be settled peacefully and on the basis of international law.

Chairing the UNSC High-Level Open Debate on ‘Enhancing Maritime Security: A Case For International Cooperation’, he outlined five principles and called for joint efforts to combat natural disasters and maritime threats posed by non-state actors. The Prime Minister, who chaired the meeting through video conference, said that barriers should be removed for legitimate maritime trade.

“The second principle is that maritime disputes should be sorted out peacefully and on the basis of international law only. This is very important for mutual trust and confidence. This is the only way we can ensure global peace and stability,” he added. The Prime Minister said India has been the first responder in many disasters related to cyclones, tsunami and sea pollution.

“The third principle is we should face natural disasters and maritime threats created by non-state actors together. India has taken several steps to enhance regional cooperation on this subject. We have been the first responder in maritime disasters related to cyclones, tsunami and pollution,” he said.

“The fifth principle is that we should encourage responsible maritime connectivity. It is clear that the creation of infrastructure is necessary to increase maritime trade. But, in the development of such infrastructure projects, the fiscal sustainability and absorption capacity of the countries have to be kept in mind,” he said.

PM Modi is the first Indian Prime Minister to preside over a UNSC meeting. The meeting is taking place under the Indian presidency at UNSC. The meeting is being attended by several heads of state and the government of member states of the UNSC. (ANI)

Aug 09, 2021
very proud and humbled by modi sir..god bless u with excellent health and keep u safe forever