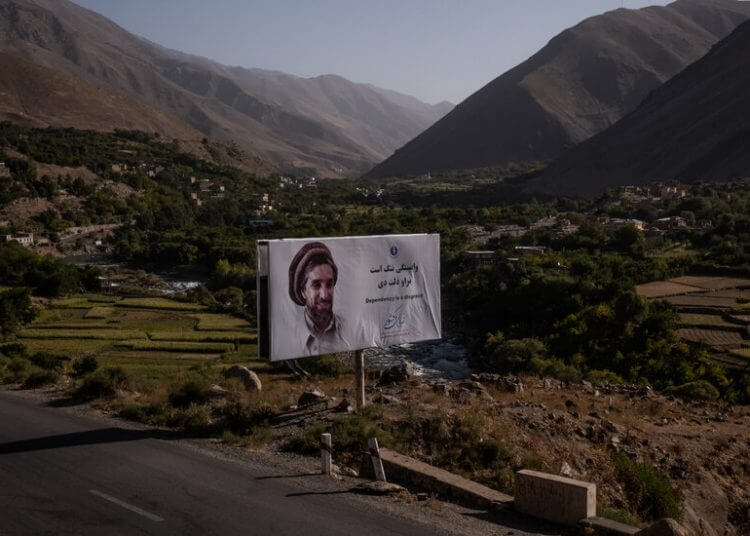 It was in September 2001 in Dushanbe, the capital of Tajikistan where foreign journalists had gathered for almost a month during the war between the Taliban forces and the Northern Alliance. The ‘Lion of Panjshir’, Ahmad Shah Masood was assassinated on 9th September 2001 by two Al Qaeda terrorists claiming to be journalists. They had waited for two weeks till he gave them the interview and then, they assassinated him. Former Afghanistan’s ambassador to India, Masood Khalili who was sitting next to him was lucky to survive.

We were told that we could enter Afghanistan through the Tajikistan border. Therefore, we all hurried to the checkpoints and spent almost 17 hours, before we travelled into the rugged, tough terrain and poorly protected roads. Tajikistan shares a 1300-kilometre-long border with Afghanistan while Uzbekistan shares only 144 kilometres. The important strategic strip of land known as the Panjshir Valley (The valley of five lions) is situated 150 kilometres north of Kabul, near the Hindu Kush Mountain range. This is where the Northern Alliance was still holding on to just about 10 per cent of Afghanistan’s territory, resisting the onslaught of Taliban and Al-Qaeda terrorist organizations.

We reached the compound of Khosha Bahaauddin, where late Ahmad Shah Masood was assassinated. I was the only “Arab” journalist in the group working for an Arabic channel in London. I was detained in the compound, for three days. After the intervention of Abdullah Abdullah, I was allowed to carry on with my coverage of the war.

It was a guerrilla war and the Northern Alliance’s fighters showed their skills and steadfastness. The importance of Panjshir Valley is that it is close to the Salang Pass, which connects Kabul to the northern part and further to Uzbekistan. It was Ahmad Shah Masood and his father who led the war against the Soviet Union, during the occupation of Afghanistan and expelled them from the Valley between 1980-1985. The Salang Pass was considered a dangerous area then.

The region has gained attention after the first Vice President of Afghanistan Amrullah Saleh surfaced and declared his legitimacy as the caretaker president of the country after President Ashraf Ghani fled the country. Saleh called upon the army and fighters to join him in fighting the Taliban takeover of the country.

The Panjshir Valley is known for its defiance against Russia, Britain and France in the 18th, 19th and 20th centuries despite these countries employing the deadliest forms of counterinsurgency tactics. They failed as it cannot be an alternative to the will and determination of the Afghani insurgents. It is the house of ethnic Tajik known for their brave hearts, tenacious fighters and defies all internal and external authorities which turned into the heart of the graveyard of invaders.

It was the US who understood the terrain and helped the Mujahedeen to defeat the Soviet Union by supplying them with Stingers to shoot down hundreds of Russian military aircraft in the valley. The strategic importance of Panjshir valley, Hindu Kush Mountain, along Salang highway and Mazar-e- Sharif, makes it the ideal ground for the guerrilla to counter the Taliban offensive.

The son of the late ‘Lion of Panjshir’, Ahmad Massoud along with the Vice President Amrullah Saleh, former Defense Minister Bismillah Khan Mohammadi and many former security forces fighters, have vowed to fight the Taliban. For sure Ahmad Massoud will lead the resurgent anti-Taliban fighters who will give the terror group a bloody nose. The motivation for the Afghani is their fighting capability with revolutionary ideas and the notion that the Taliban is a foreign enemy. Taliban is for sure not purely Afghani Pashtun.

The success of mobilization of anti-Taliban forces depends on the help of neighbouring countries, degree of military assistance and coordination among different forces and former warlords.

Taliban is trying to give the impression that they are a changed group and have become “Good Taliban”. They want to gain legitimacy among the international community who are watching cautiously another exodus of refugees to Europe. Also, most of the neighbours especially India, Russia and Iran, who wanted a stable, secure, peaceful and independent Afghanistan free of terrorism and are watching nervously and patiently the takeover. A collective stand by neighbours will ensure a smooth transition and end of foreign occupation in Afghanistan. If not, we are looking back to the nineties and the warlords era.

But can the Taliban be trusted? Will the Big Powers leave Afghanistan peacefully and not turn it again into a ground for proxy wars? Or is the cold war era back between the US and Russia-China?

The US spent more than 2.6 Trillion Dollars and lost 2448 marines and had more than 20,000 injured. The US cannot justify this sudden withdrawal. More so because it has left the natural resources of Afghanistan to an ambitious China that is cementing the Economic Corridor with Pakistan and Afghanistan as a party to its Belt and Road Initiative. China is also using its money power to keep the Uighur Islamic party fighting against the Chinese authority, away from its territory.

While Russia is playing a major role in West Asia, the US has now allowed it to fill the security vacuum in Afghanistan and therefore it will be more indulged with the new regime.

Although Pakistan is jubilant for the success of the Taliban and so is the Tehrik-i-Taliban Pakistan (TTP), it will have a negative implication on the future sovereignty and integrity of Pakistan if ethnic nationalities are activated in this part of the world.

The important part of the outcome of this war in Afghanistan would be the end of foreign occupation. Panjshir Valley remains the only hope to prevent other foreign invaders and an imminent tragedy in South Asia.

Dr Waiel S H Awwad is a West Asia Expert and is a winner of many international awards. Many of his writing has been published in English and Arabic in major news papers and magazines. He is fluent in Arabic, English, Hindi and Persian.

Aug 24, 2021
india has a chance now to be the world's most powerful coutry. if in this case india stands strictly with afganistan army and gives support, we can acquire 1 of our lost part of land that was called aryavart! and we know very well that indians can defeat talibanies easily the only problem is the bridge that we'll have to cross to support afganistan is pakistan. in this case i wud like to see pakistan with us and if india and pakistan both supports afganistan army we can save our lost brother! go ahead india and stand against terrorism! and arya sir being an army officer how can u suggest to negotiate with terrorists just for some financial profit i can imagine but being a common indian and having a dream in my heart to see my aryavart reunited again this is the golden opportunity for us to support our brother and recapture our lost part of land. jai hind!

Aug 23, 2021
Sir, Thanks for the article on the current situation on Afghanistan. Yes, The role and involvement of Russia, Iran and neighbouring central asian countries will be very much critical and decisive. If these countries make an alliance and join hands with Northern Alliance , will be very tough days for Taliban. Interesting to see Iran and Russia's role and involvement in coming days / weeks.

Aug 22, 2021
is it possible for us indians, to raise funds for these bravehearts for their food and medicine

Aug 21, 2021
I didn't know who Amrullah Saleh was till early last month when I stumbled upon an interview of his on Youtube. The war with Taliban had not started yet and I had zero idea about the geo-politics of that region. I was very impressed with what I saw and decided to scour more content related to him online. He is a special, special guy! That he is still resisting doesn't come as a surprise to me, at all. Had written about his profile and views in my blog as well as compiled and posted, perhaps the longest video on him, on Youtube last month. Do check out - Article - https://www.mapmyops.com/amrullah-saleh-the-geo-intelligent-afghan Video - https://youtu.be/AjbU296RuF4

Aug 21, 2021
only this people not white people they are business man. India is in defence mood bargaining in front of UAE. stood fight for existence this is Only way. I am getting a doubt really our country is capable. Because Panchsheer fighting with talis they're in just 1 lakh Or plus Usa is not fight with them may be in calculation of profit. The opportunity comes to us to prove ourselves. Negotiations are not good in our history what our people done like prediveraj done, boparavol done it's correct. In my point of view we are having a chance according to major sab, we have to equip arms to Panchsheer they look talis and a same time we have to see the pak, if Chinese come the agreed defeat at afgan si called super powers they Will look. other wise we have to pay penalty in future.

Aug 21, 2021
"... US has allowed Russia to fill the power vacuum in Afghanistan.." and China exploiting Afghanistan's natural resources... these two statements appear intriguing!