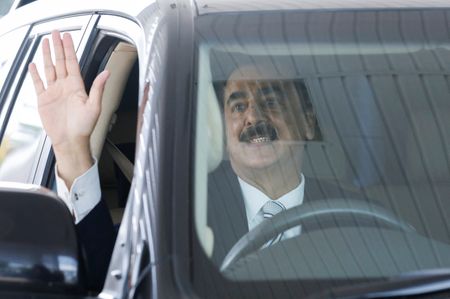 Rashid, head of his Awami Muslim League (AML), had been a vocal supporter of Khan as his minister and ally, and talked about the “misunderstandings” of Pakistan Tehreek-i-Insaf (PTI) with the military establishment in the wake of his ouster.

A campaign on social media against the armed forces and its leadership was quite active and slogans critical of the Army were also chanted during protests on Sunday following the successful no-confidence motion.

“No slogan should be raised against the Army,” he said ahead of a key PTI rally in Peshawar, which will be addressed by Khan.

He said that PTI should follow the Pakistan Muslim League-Nawaz which was critical of Army but make peace to come to power.

Talking about PML-N’s heavy criticism of the Army, he said its leaders openly “cursed this Army” and now “they’re polishing their boots”.

Ruffled by the amount of criticism, the Army on Tuesday took note of it and expressed complete confidence in the leadership’s “well-considered stance to uphold the Constitution and the rule of law”.

The powerful Pakistan Army has ruled the coup-prone country for more than half of its 75 years of existence and has hitherto wielded considerable power in the matters of security and foreign policy.

The Army, however, distanced itself from the recent high-voltage political tussle between Prime Minister Shehbaz Sharif and ousted premier Khan, saying it has nothing to do with politics.