Pakistan at Crossroads – Need for a Paradigm Shift in Human Rights 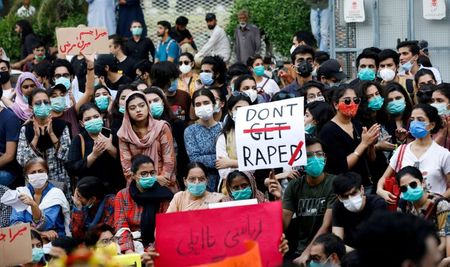 At the stroke of midnight on the eve of 15th August 1947, the erstwhile British India was partitioned into two independent domains: the Dominion of India and the Dominion of Pakistan. The division was certainly the beginning of a new dawn. Since Islam was the rationale for the creation of Pakistan, there were high expectations for the nascent republic among the Ummah. These surplus expectations were predicated on the expectation of good governance, social welfare, economic supremacy and, last but not the least, the establishment of an Islamic state that was deemed be the successor state to the Ottoman Caliphate.

Unfortunately, many of these expectations turned out to be naïve due to the incapacity of the ruling elite of the later Islamic Republic of Pakistan. In this regard, the most affected issue always remained the country’s dismal human rights record.

Pakistan’s judicial system stems directly from the system that was used in British India in 1947. The Government of India Act 1935 was retained as a provisional Constitution. As a consequence, the legal and judicial system of the British period continued, with due adaptations and modifications, where necessary, to suit the requirements of the new Republic. In 1953, Pakistan’s status was changed from the dominion of Pakistan to that of a republic. In 1956, Pakistan was officially declared as an Islamic republic.

In 1962 the Islamic republic adopted the presidential system under the rule of Field Marshal General Muhammad Ayub Khan, which lasted until the latter’s removal from power in 1969. 1971 saw the breakup of the former East Pakistan into the state of Bangladesh, and Pakistan finally got a formal constitution developed, approved, and implemented in the year 1973.

As MP Jain explains in his book The Evolving Indian Administrative Law, the magnanimous nature of the laws of the Indian subcontinent makes the administrative law dynamic rather than a static system[1]. Due to the continuous influences of the English common law on the sub-continental courts, Pakistan’s judicial system evolved in the most transparent manner.

Gradual changes were absorbed by the subsequent civil and military governments, aimed at making improvements in the existing judicial system as necessitated by the changed circumstances without destroying its fundamental structure and pattern[2].

Pakistan inherited the British legacy and hence her judiciary extolled to be masterpiece of the English brainchild. In matters of substantive law, the Pakistan Legislative Council did not wholly bring in the Western concepts. The personal law of various communities living in Pakistan remained the determining factor in questions like precedence, ratio decidendi, obiter dicta, succession, marriage, Sati[3], inheritance, religious affairs, etc.

Similar to the former colonial masters, brand new laws were enacted to provide for matters which were either not fully covered by the indigenous law or where such laws were not clearly defined or ascertainable or otherwise were   not   acceptable to   the   modern   way of thinking[4]. These include the practices of polygamy, which came to be banned in the new Islamic Republic, albeit, allowed by the court.

The British formed the East India Company “to trade into and from the East India”[5] and gave her the principles of a codified unanimous English Common Law, unprecedented in the erstwhile Mughal India or her contemporaries. The English Common law and the Government of India Act 1935 played a pivotal role in the development of legislature in Pakistan.

As cynically stated in his book, Constitutions in a Nonconstitutional World, Nathan J. Brown … ‘constitutionalism by accident’[6], is the the concept on which the edifice of constitution of Pakistan was built and how the country got going with her law development since 1947.

Although we don’t want to be sarcastic, but there is nothing wrong in a bit of cynicism when we compare Pakistan’s situation now, and back then in 1947. It can be associated as in Georg Buechner’s drama, who describes the constitution to be “a transparent garment clinging to the body politic.”[7]

Pakistan is one of the rarest countries in the world, where the male population outnumbers the female population. Hence by a far degree of numbers, Pakistan is a male chauvinist society. There are several contradictions which exist in the nomenclature of the country’s existence. These are described as follows:

Indigenous population got the country for free: The heterogeneous population of Pakistan comprising the indigenous people of the Punjab, Khyber Pakhtunkhwa, Sindh and Baluchistan were awarded to Pakistan by the British due to the overwhelming majority of Muslims in these areas[8], which comprised of peasants, underprivileged class, laborers and other forms of the masses which had no control whatsoever in the politics of the subcontinent.

On the contrary, the minority Hindu, Sikh, Parsi and Christian populations of the West Pakistan used to collectively represent the socio-political intelligentsia of the region. The only people amongst the indigenous population of Pakistan who contributed to the independence struggle were the Bengali members of the former East Pakistan, who were the true champions of the Pakistan cause and hence the Pakistan movement gained momentum in the Upper provinces, Central provinces, Delhi, Bengal, Bihar, Karnataka, and Gujarat. The people of these regions played an instrumental role for freedom of an independent Muslim state and led to the creation of Pakistan rather than the indigenous people of West Pakistan, who literally got it for no effort.

The Feudal Culture: As soon as British India dissociated into two independent dominions, the fate of a huge chunk of 600 princely states was to be determined by either side. In this regard both sides promulgated and propagated division and tried to persuade princely states to join them. In many cases, force was used to capture the princely states and incorporate it into the new dominion.

The states of Hyderabad, Junagarh, Bhopal, Rampur, Bahawalpur and Kashmir are distinct examples. Albeit, these states were incorporated in either dominion, the status quo of their erstwhile rulers remained intact.

India formally abolished feudalism in 1950,[9] but Pakistan lingered on with it. Themina Durrani Khar, a famous women rights activist and the former wife of a governor of Punjab explains in her famous treatise “My Feudal Lord”, the intricacies and the ramifications of Pakistan’s feudal culture.[10] India under Jawaharlal Nehru consolidated the rights of the peasants, farmers, and the lower class by abolishing federal culture after independence. Nehru and his deputy Patel were able to do so because they adopted a liberal approach, which was enacted as an antecedent to the British Raj.

On the contrary the All-India Muslim League, spearheaded by Mr. Muhammad Ali Jinnah, was a composition of elite Nawabs, Zameendaars, Jageerdars and Mansab Daars of the British. They also included the feudal lords and the tribal Warlords. Maulana Abul Kalam Azad in his famous treatise “India Wins Freedom”[11] declares the Muslim League to have been a stooge of the British.

When Pakistan got created, the feudal culture remained at the centre-piece of the society, undermining the interests of the middle class and subjugating the lower class, which comprised more than 85% of the total population of West Pakistan. The erstwhile region of East Pakistan now known as Bangladesh revolted from the West due to the overwhelming usurping of Human Rights by the feudal culture of West Pakistan, including but not limited to, the blatant elite, military generals, and the corrupt politicians. Ever since her inception, in the past seven decades, have yielded only misery in Pakistan. The irony of the matter now results in the misappropriation of human rights in a great deal.

Corruption: As mentioned earlier, the corruption of the politicians has enormously impeded the progress of the country. Convicted criminals like Mr. Asif Ali Zardari, Mr. Nawaz Sharif, their families, and cronies have undermined the human rights of the country. The rich continue to become filthy rich while the poor and the middle class continues to suffer, due to the overwhelming embezzlement of the nation’s money by the crooked politicians. Corruption has been given enormous green chits, as no proper accountability, of the politicians ever took place.

Hence, in retrospective, we can assert that Pakistan has one of the worst human rights track records in the whole world. The problem further galvanizes into another arena, when the religion of Islam, is used to exploit these terrible vices.

For Pakistan to develop peacefully, she has to rectify her priorities.

[3] The practice of burning a widowed wife in the traditional Hindu customs, it got banned in 1947 in Pakistan; although a subsequent populace of Hindus was present in the country.

[8] The Independence act of India 1947, recommended all Majority Muslim areas to be part of Pakistan. 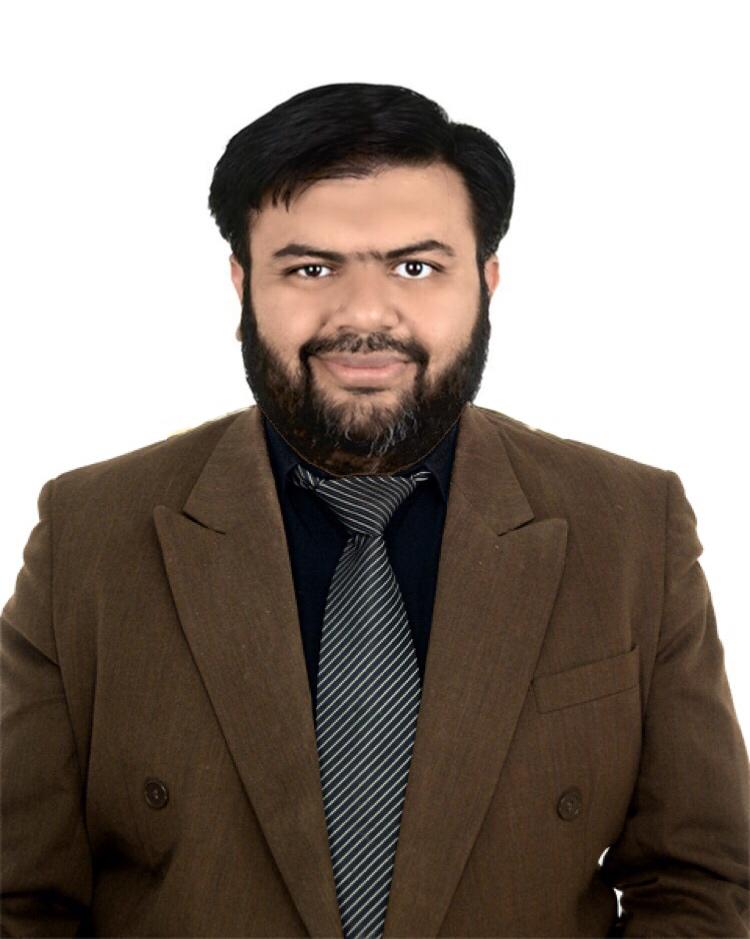 Irfan Ali Thanvi is a Singapore based researcher and legal expert. He has over two decades of professional experience, including a decade long experience in legal affairs. His expertise is in the field of comparative law including comparative jurisdictions and WTO law.

Mar 24, 2022
Dear Kalidan Singh Ji, I understand, your anger, which canot be tarnished, through the writing of an article, but I as an observer, can only think of plausible solutions. If any part of the Subcontinent further breaks, will leave more cracks to the stability of the region. Hence, let us all gather and brainstorm, about solutions, where a common ground of peace, could be achieved!

Mar 23, 2022
Oh get real. Pakistan has no choices anymore. Their leadership, after 70 years of corruption funded by free money from the US, Saudi, and China - is incapable. Paradigm shift? As if that has ever happened except in a few places and as a result of very expensive revolutions. Pakistan should break up; everything this inept does. There is no future for it as a unified country; it is entirely a Punjabi (and decidedly corrupt and ineffective) hegemony. There will be a Talibanic northeastern nation, a diminished Punjab, a Balochistan, and a Sindh. I hope they spend eternity after - fighting with each other. I do not wish them well.