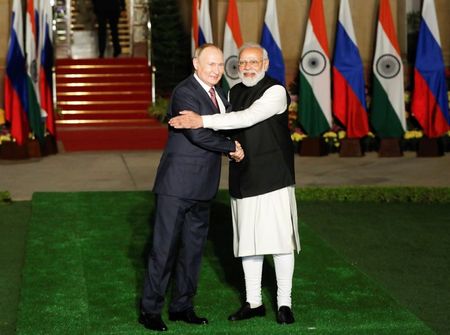 The overarching message from Russian President Putin brief visit to Delhi on December 6 was that the India-Russia strategic partnership continues to be relevant and mutually beneficial. This required reiteration, because of the negative narratives about the relationship over the past year or so. The postponement of the 2020 summit, concerns about a Russia-China quasi-alliance, and Russian Foreign Minister’s critical remarks about India’s Indo Pacific actions contributed to these narratives.

In the space of about 12 hours, the two defence ministers co-chaired the joint commission meeting on defence cooperation, the foreign ministers discussed global issues of concern, the inaugural meeting of the foreign and defence ministers in the 2+2 format tackled “politico-military” approaches to strategic challenges, and then the two leaders met at the delegation-level and for a one-to-one meeting over dinner, before the Russian President boarded the flight home, to prepare for his critical virtual meeting with US President Biden the next day.

The correction of negative narratives began already in April, when the two leaders decided, in a telephone conversation, to institute the 2+2 dialogue mechanism. In July, External Affairs Minister Jaishankar held discussions in Moscow and delivered an important speech at a prominent Russian think tank on the strategic importance of the India-Russia relationship. The National Security Advisors met twice – once bilaterally and once multilaterally, with their counterparts from Central Asia and Iran. Before arriving in Delhi, President Putin also set the stage by describing India (during the credentials ceremony of the new Indian Ambassador to Russia) as “one of the authoritative centres of the multipolar world”, with which Russia had “a similar foreign policy philosophy and priorities”. At their meeting, Prime Minister Modi expressed appreciation for President Putin’s unwavering support for the strategic partnership over the past 20 years. The personal rapport that President Putin and Prime Minister Modi have developed over the past seven years was amply in evidence once again at their meeting.

The Joint Statement covered an extraordinary breadth of sectors and subjects of cooperation. The 28 agreements covered trade, energy, culture, intellectual property, accountancy, cyber-attacks in the banking sector, manpower, geological survey and education, among others.

Defence was naturally a major area of focus. The defence ministers reviewed ongoing and new areas of cooperation and agreed on a 10-year roadmap for cooperation, They finalized the modalities for manufacture in India of assault rifles of Kalashnikov design. Russia confirmed the shift in the pattern of defence collaboration from trade to joint manufacturing, collaboration and technology transfers, in line with India’s priorities. Defence Minister Rajnath Singh was fulsome in his acknowledgement of timely Russian military supplies during the height of the tensions with China in 2020.

It was confirmed that the contract for the Russian air defence system, S-400, was alive, and that the first supplies arrived in December. When asked about US pressure for India to revoke the contract, the foreign secretary emphasized the independence of India’s foreign policy. Some speculation was aroused, when the reciprocal logistical support agreement, RELOS, was not signed, as expected earlier. It was clarified that some final technical (and not political) issues were being sorted out, and the agreement would be concluded soon.

A particularly striking feature at this summit was the emphasis on economic cooperation; much more than in earlier meetings. This is a welcome recognition of the vast, unrealized potential. But it also reflects a political understanding that broad-basing the partnership, by strengthening the economic pillar alongside the defence cooperation, enhances its robustness and creates more manoeuvrability for India’s policy for diversification of military acquisitions.

The Joint Statement and official briefings elaborated on the discussions. Long-term procurement of essential commodities, elimination of trade barriers and strengthening inter regional linkages were mentioned. Russian companies were invited to participate in 13 key sectors of our Production Linked Incentive scheme. In India’s thrust for materials security and diversifying sources of natural resources, Russia is of interest; Indian companies are exploring these opportunities.

As in the past, the goal of increasing trade turnover to US $30 billion (from the present paltry US $10 billion or so) by 2025 was articulated, and an increase of mutual investment (from the present US $35 billion) to US $50 billion. This time, Prime Minister Modi added a critical element, while stating these goals: that the two sides should “guide” their business communities to achieve these targets. The goal of energetically promoting trade and investment has been reiterated by the two leaders since 2014. It has not trickled down to the business communities or, for that matter, to our economic ministries, trade and investment facilitation agencies or banking circles, all of which need to recognize and exploit the opportunities. There are similar problems of perceptions on the Russian side. On the Indian side, there are additional misperceptions about Western economic sanctions on Russia. There is imperfect understanding of the practical avenues available to avoid them. The irony is that European countries, which have imposed the sanctions, are expanding their trade and investment links with Russia, while our business and government entities hold back, though India categorically rejects the legality of unilateral economic sanctions.

The other barrier to trade expansion is poor connectivity. The transit time and freight costs resulting from the long sea route from India to Russia, make many products uncompetitive. The alternate route through the multimodal International North South Transport Corridor (INSTC) from India’s west coast to Iran and onwards to Central Asia and Russia would address this problem (in addition to its economic and strategic value, vis a vis Afghanistan and Central Asia). India has already developed a container terminal in Iran’s Chabahar port. Connecting it to INSTC routes is a priority; it could facilitate a trade expansion beyond the targets now announced. The India-Russia agreement to fast-track INSTC is welcome, but needs to be measured against implementation. The same can be said of the agreement to fast-track negotiations for the Free Trade Agreement under negotiation between India and the Eurasian Economic Union – comprising Russia, Belarus, Kazakhstan, Armenia and Kyrgyzstan – which could provide further impetus to trade and investment. While India, Russia and the Central Asian countries are keen on this project, it is hostage to the US hostility to, and sanctions on, Iran.

The energy cooperation has progressed well and it was announced that new initiatives are in process. Indian companies have invested an estimated $15 billion in Russia’s hydrocarbons sector. Further investments are reportedly under negotiation. Russia has invested about $13 billion in midstream and downstream projects in India. India’s GAIL has a 20-year, $25 billion LNG supply contract with Russia’s Rosneft.

Indian investments in natural resources in the Russian Far East (for which a $1 billion line of credit was announced by Prime Minister Modi in 2019) are being finalized. The detailed project report for operationalisation of the Vladivostok-Chennai maritime corridor – another significant connectivity project – is also close to finalization.

These initiatives link up with India’s larger objective of drawing Russia into the Indo Pacific. The 2+2 dialogue discussed the Indo Pacific extensively. Russia’s unease about India’s engagement with the Quad dialogue, of India, Japan, Australia and the US, is well-known. Russia sees the Quad as a nascent politico-military alliance, particularly since the US has framed its Indo Pacific posture in terms of an ideological and military confrontation. India explains these initiatives as an effort to promote a cooperative order in this region, in which India has important economic, security and strategic interests. This is compatible with President Putin’s ambitions for an independent Russian role in a multipolar world and his vision of a Greater Eurasian Partnership, now enshrined in Russia’s National Security Strategy 2021. There was a sense from the meetings there was a better mutual understanding of perceptions. However, as long as US-Russia tensions remain high, Russia will continue to view US actions in the Indo Pacific as being aimed at both China and Russia.

China was obviously discussed in many of the forums at the summit; equally obviously, little detail was forthcoming. India’s concerns with the course of the Russia-China partnership, particularly concerning military technologies and intelligence-sharing, mirrors Russian apprehensions about India’s Indo Pacific engagement. The subject would have figured in both the 2+2 and the one-to-one meeting of the leaders. A hint of Russian acknowledgement of our concerns came in a sentence in President Putin’s opening remarks at the bilateral meeting: that India-Russia military-technical cooperation is “like with no other partner” of Russia. This assurance (and its constant verification) is critical to the India-Russia partnership.

Afghanistan was another focus area of discussion. After the US troop withdrawal from Afghanistan, India and Russia have returned to closer consultations (putting behind them the earlier differences over dealing with the Taliban). The 2+2 and the leaders’ conversations emphasized their common objectives – an inclusive government in Afghanistan, which does not export terrorism, religious extremism or drugs from its territory. Given its other external concerns, we should probably expect Russia to pursue other tactical objectives simultaneously.

The 2+2 has already proved to be a valuable addition to the already extensive India-Russia dialogue architecture. By sharing perspectives, clearing misperceptions and chalking out strategies to achieve shared objectives, the dialogue defines the strategic compass of the relationship.

The summit therefore resurrected the India-Russia strategic partnership by emphasizing its main bilateral and external drivers. While asserting its strategic autonomy, India also made the point that it is not choosing one strategic partnership over another: each is robust, standing on its distinctive pillars.

At the same time, some important initiatives have been taken to broad-base the India-Russia relationship, to exploit economic opportunities and make it less dependent on defence cooperation. The big question is whether these initiatives will be effectively followed up. The inadequate trickle-down of leaders’ stated objectives to the implementing machinery has so far been a persistent reality in both countries. 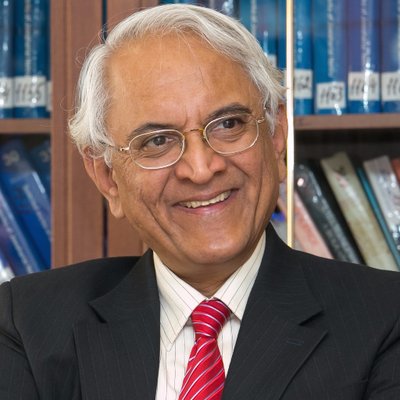 P S Raghavan is former Ambassador to Russia and former Chairman of the National Security Advisory Board. He is now a Distinguished Fellow, Vivekananda International Foundation.

Dec 11, 2021
The RIC Russia India China forum should workout a roadmap strategy to deal with radicalization in their respective countries..