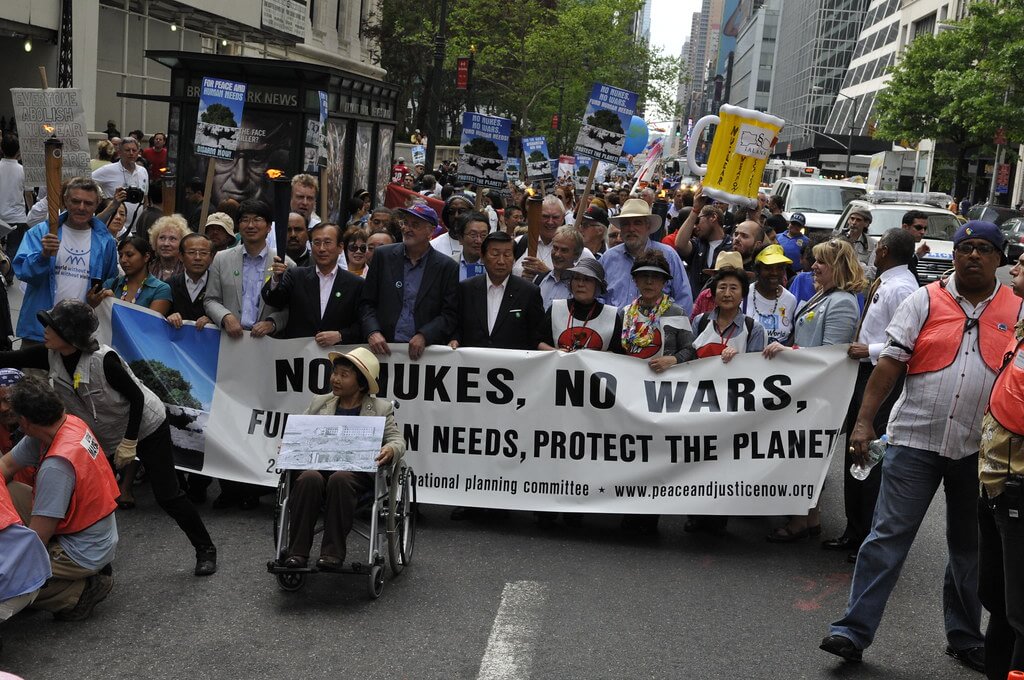 The world has generally welcomed a statement from the designated Nuclear- Weapon States at the dawn of the New Year, reaffirming that they consider “the avoidance of war between Nuclear-Weapon States and the reduction of strategic risks as our foremost responsibilities.” But when they stated that “a nuclear war cannot be won and must never be fought,” it is just a reiteration of the Reagan- Gorbachev maxim of 1985, which has remained an aphorism with little effect on the actions of the permanent members of the Security Council.

The latest statement simply takes the world away from the hopeful move towards “Global Zero”, set in motion by President Barack Obama’s Prague speech of 2009 which envisaged a world without nuclear weapons. “So today, I state clearly and with conviction America’s commitment to seek the peace and security of a world without nuclear weapons. I’m not naive. This goal will not be reached quickly –- perhaps not in my lifetime. It will take patience and persistence. But now we, too, must ignore the voices who tell us that the world cannot change. We have to insist, ’Yes, we can,” he said.

Even earlier, in 2007, four former cold warriors, George P. Shultz, William J. Perry, Henry A. Kissinger and Sam Nunn had urged the US leadership “to take the world to the next stage — to a solid consensus for reversing reliance on nuclear weapons globally as a vital contribution to preventing their proliferation into potentially dangerous hands, and ultimately ending them as a threat to the world.”

Encouraged by these game changing declarations, the Global Zero Summit held in London on June 22-23, 2011 brought together over 100 government representatives and prominent private individuals to push forward its agenda of striving to aim for a world free of nuclear weapons, to be achieved over four phases by 2030. The first phase from 2010 to 2013 envisages reduction of the US and Russian nuclear arsenals to 1000 nuclear weapons each and the beginning of multilateral negotiations.

During the second phase between 2014 and 2018, US and Russian arsenals are to be reduced to 500 weapons each. Negotiations on a Global Zero accord are to occur in the third phase (2019-2023), and finally “complete the phased, verified, proportionate dismantlement of all nuclear arsenals to zero total warheads by 2030.” That ambitious agenda has remained unfulfilled as the intended time frame to complete the third phase has ended with a whimper.

India drew attention to “India’s annual resolution at the UN General Assembly on ‘Reducing Nuclear Danger’ calls for steps to reduce the risk of unintentional or accidental use of nuclear weapons, including through “de-alerting and de-targeting” of nuclear weapons. “Our annual resolution on a ‘Convention on the Prohibition of the use of Nuclear Weapons’ seeks the commencement of negotiations in the Conference on Disarmament on an international convention prohibiting the use or threat of use of nuclear weapons under any circumstances”, he said. “Both resolutions are adopted with substantive support at the UNGA. India will continue to contribute further to the global nuclear disarmament and non-proliferation agenda,” he added.

In reality, the P-5 statement was an effort to keep the NPT alive and well after the 10th review conference of the Treaty (NPT), which was postponed twice and now set for 2022 without a date being fixed. The permanent members attach great importance to NPT review conferences as they cap a five-year cycle of meetings during which states-parties review implementation and compliance with the treaty and seek agreement on steps to overcome new proliferation challenges and to fulfil core goals and objectives. No real review of any provision of the Treaty is considered and the intention is to assert the rights of the P-5 and to remind the non-nuclear weapon states of their obligations. The P-5 statement is meant merely to keep the NPT pot boiling, not to herald any action on their side to eliminate their arsenals.

The commitment to arms control and disarmament is vaguely worded, as before: “We underline our desire to work with all states to create a security environment more conducive to progress on disarmament with the ultimate goal of a world without nuclear weapons with undiminished security for all.” The least they could have done was to call for a Treaty on non-first use of nuclear weapons to give some credibility to their recent pledge.

In actual fact, the US, Russia and China are engaged in increasing their nuclear weapon capacity to destroy the world many times over. It was not long ago that President Putin presented a graphic display of the present and future capabilities of Russia to attack major cities in the United States. The military expenditure of the P-5 does show that they are putting their money where their mouths are.

The technical support for developing peaceful uses of nuclear anergy to the non-nuclear weapon states has been dwindling over the years. The unity of the P-5 statement hides a multitude of sins they are committing to preserve their privileged position under the NPT and to deny others the benefits of peaceful uses of nuclear energy, which they are committed to promote.