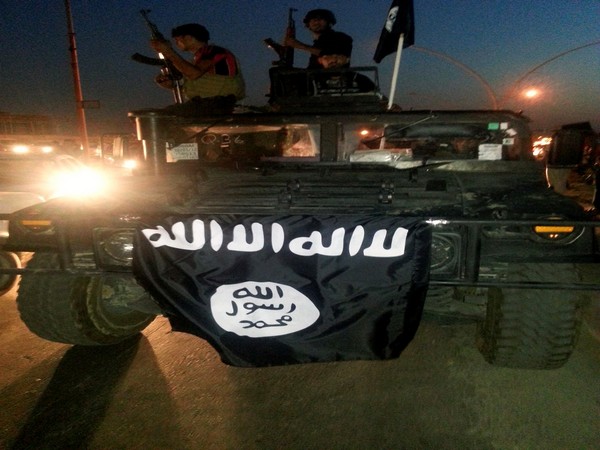 HASAKA, Syria (Reuters) -Kurdish-led Syrian Democratic Forces repelled an Islamic State attack on a prison to break out inmates with the support of air strikes by a U.S.-led coalition, officials said on Friday.

Islamic State said via Telegram its militants had waged a wide-scale attack on the prison in northeastern Syria since Thursday night, and that clashes were ongoing nearby and in other neighborhoods.

SDF General Commander Mazloum Abdi said on Twitter, however, that “the area around the prison was completely surrounded and all fugitives were arrested.”

In Washington, the Pentagon confirmed the U.S.-led coalition had carried out air strikes in support of the SDF as it dealt with the prison break.

A military source in the Kurdish-led forces said they killed 23 Islamic State militants, including foreigners, in the clashes after the jihadist group attempted to free prisoners from the jail in Hasaka.

Residents of the Ghweiran area in the prison’s vicinity said intermittent fighting continued in parts of the neighborhood, were some of the fleeing prisoners who had taken shelter remain.

At least five civilians were killed during a security operation mounted by Kurdish forces in residential areas around the prison, community elders said.

Seven members of the SDF and an allied security force called the Asayish were killed in the attack, the SDF military source said. The SDF said it had detained 89 militants in the area of the prison.

The jail is the largest among several publicly known ones where the SDF holds at least 5,000 mostly Arab detainees ranging from suspected militants to civilians in conditions civic groups say are inhumane with severe overcrowding.

They say many of those detainees, including those accused of instigating unrest and protests, have been held for years in several prisons, including secret detention centers, without charges or trial.

Local elders say support for Islamic State has grown with rising local resentment against the Kurdish-led administration they accuse of discriminating against the majority Arab population it rules, many of whom reject its policy of forcible conscription.

The Kurdish-led group, which controls large swaths of northeastern Syria, denies any accusations of mistreatment of local Arabs and says it seeks to redress old grievances against them as a minority during decades of Arab nationalist rule.

Islamic State controlled swathes of Syria and Iraq until it was driven from the territory in 2017-19 by adversaries, including a U.S.-led coalition, the SDF, and Iraqi security forces. Islamic State cells continue to carry out attacks in both countries.