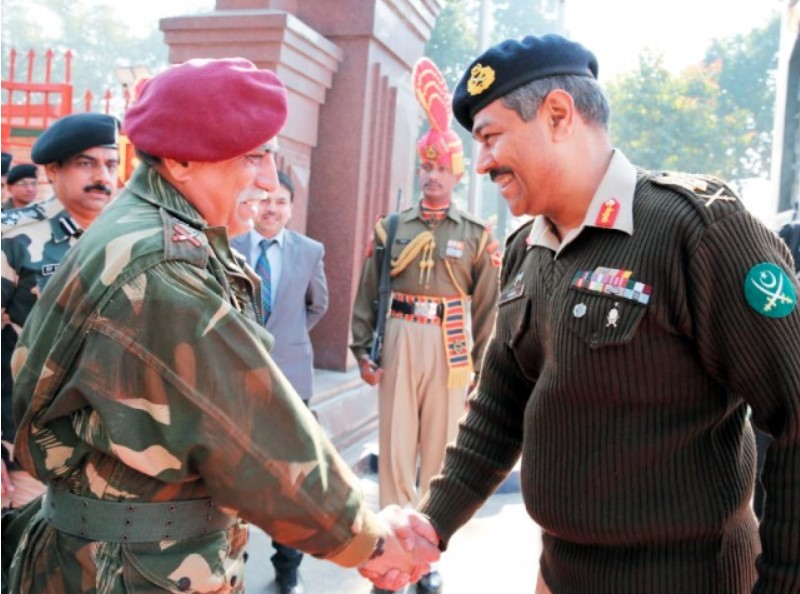 “In the midst of chaos, there is also an opportunity”

India’s External Affairs Minister S Jaishankar returned from UAE on 19 April, after his bilateral engagements amid speculation in the media about a probable bilateral meeting with his Pakistani counterpart. Official sources in India said there was no meeting between the two in Abu Dhabi. India’s stance is categorical, there can’t be a third party mediation as enshrined in the Simla agreement, and hence the two need to meet on common ground, bilaterally. Peace, even relative peace, has eluded the two nuclear-armed nations for over seven decades now. As Pakistan has signaled a renewed vigour for peace, and India too seeks peace as a responsible, risen, resurgent nation, it will be worthwhile to give a chance to the military to drive the initiative.

Pakistan Army Chief Gen Qamar Bajwa’s 02 February address to the graduates at the PAF, where he stated, “We stand firmly committed to the idea of mutual respect and peaceful co-existence. It is time to extend the hand of peace in all directions. Pakistan and India must also resolve the longstanding issue of Jammu and Kashmir in a dignified and peaceful manner” which is an indication of Pakistan’s intent to renew the peace process within India.

It needs no reiteration that the Pakistan army drives the ‘India Policy’, hence the softening of stance by no other than the ipso facto ‘Numero Uno’ of Pakistan is a good sign. The surprise peace initiative is a welcome step especially so as it is a first after the precision airstrikes by the Indian Air Force at Jabba Top (Balakote)  and India’s 05 August 2019 abrogation of Article 370. This is an opportunity for India and Pakistan to exploit. For Pakistan, peace along its western borders is a strategic imperative as the country stares down at an abysmal situation both external and internal, a stressed economy and unprecedented unrest within. The Pakistan army being questioned for their (mis) deeds, forcing the government to promulgate a law with strict penalties and imprisonment for any criticism of the army.  India too is in the midst of fighting a battle against the pandemic. India has succeeded in stabilizing the situation along the LAC to a large extent; however, the China threat continues to be the real and present danger. Peace or even relative peace will be a win-win for both India and Pakistan.  The reiteration or renewal of sustaining the agreed-upon Ceasefire by the two DGMO’s on 24/25 February came after Gen Bajwa’s statement and shows a willingness to re-initiate the peace process.  Cooling of temperatures along the Line of Control (LoC), is always indicative of hope for relative peace, as it comes after a major spike in Ceasefire Violations (CFVs), with India reporting 5100 CFVs by Pakistan and Pakistan alleging  3003 CFVs by India along the LoC in the Year 2020.

The peace initiatives have been many, with all ending in the so-called ‘One step forward two steps back’, leading to a major trust deficit which is difficult to bridge. It is important to recapitulate some of the more important peace initiatives and the reasons for their failure, to see if a different approach may lead to a better way forward.  Prime Minister Vajpayee’s February 1999 ‘Bus Peace Initiative’ was followed by the Kargil intrusions engineered by the then Chief Gen Pervez Musharraf, which resulted in the Kargil conflict, wherein India demonstrated both a strategic resolve in recapturing the indomitable heights and a strategic restraint by not crossing the LoC.  Despite Kargil, PM Vajpayee, the statesman had a vision of peace with Pakistan and invited Gen Musharraf as president for the Agra summit in July 2001, hoping that he as Chief of Pakistan army would be able to rein in the army. The summit was a failure. The much-appreciated approach by the ‘Composite Dialogue’ saw some forward movement from 2003 onwards, but then the 26/11 Mumbai terror attack put an end to this initiative.

A positive policy shift was visible after the NDA 2 government came to power under PM Modi in May 2014. PM Modi started by investing considerable political capital in normalising relations with Pakistan, inviting PM Nawaz Sharif for the swearing-in ceremony in Delhi. The Two prime ministers met again at Ufa, Russia, in July 2015 in a structured meeting to take the peace process forward. Again the initiative was stymied by Pakistan’s ‘deep state’ by perpetuating a high-profile terror attack at Gurdaspur, Punjab within ten days of the meeting. Unfettered PM Modi stunned all by a surprise stopover at Lahore on 25th Dec 2015, meeting his counterpart with intent of taking forward the peace process. Again, as always this too was provided by another high-profile terror attack, this time on an Indian Air Force Base at Pathankot. The terror attack coming within a week of the visit dashed all hopes of peace. This was an opportunity lost by two nations and two people. With two strong leaders, both voted with an absolute and massive mandate, the two countries could have worked together towards peace and stability.

India has over the years strived for an elusive peace with Pakistan, as also some sane sections within the Pakistan dispensation. Pakistan on the other hand has always resorted to perpetuating terror strikes either preceding or proceeding meaningful peace initiatives. The effective control is with the Pakistan army, who for reasons of their political, domestic, and economic relevance, have not let peace prevail.  The Pakistan army and the deep state are the major actors in ensuring a continued hostile environment. Therefore, the present offer for peace from no less than Gen Qamar Bajwa should be taken seriously, despite past instances and the prevailing trust deficit. The peace process needs to be renewed.

The peace initiatives and parlays have always been led by the political-diplomatic – bureaucratic trio from the Indian side and rightly so. The political dialogue and direction are imperative as these lay down the parameters and guidelines and the way forward. As the Pakistan Army drives the India policy, is there a case for the two military to carry forward this initiative, obviously, the Indian army should do so under political guidance.

It needs to be recognised that the two armies can work together towards peace as has been demonstrated on a few occasions earlier. The November 2003 Ceasefire was agreed upon between the two DGMOs, as is the recent 24 February reiteration to sustain the cease-fire, which is holding out. In Dec 2013, this author, as the DGMO, met the Pakistan DGMO Maj Gen Amir Riaz at Wagah, again to reiterate the Ceasefire along the LoC, after a major spike in CFVs in 2013. This was at the invitation of the Pakistan DGMO, the meeting was cordial, candid and constructive resulting in zero CFVs for nearly seven to eight months.

Not long ago it was rumored that the Pakistan Army Chief had sent informal feelers through intermediaries for talks with the Indian Army Chief. There are advantages in the military leading the talks as seen in the past. While the ‘core concerns’ will need to be addressed at the political level, there is ample space below that spectrum for the two military to come to a mutually acceptable, constructive initiative leading to relative peace and bridging the trust deficit. The two military are led by professionals and can be trusted to contribute to the two nations and people benefiting from the peace dividend.

There is a case for India to replicate the model it has adopted successfully for talks with China and the PLA. Under the ‘Strategic Guidance’ of the two national leaders, the political dialogue has been held at the ministerial level and has thereafter been continued regularly at the diplomatic and more importantly and visibly at the military level with eleven rounds of ‘Corp Commander’ Level talks having taken place at the border personnel meeting points at Spangur and Maldo along the Line of Actual Control (LAC). The Corps commanders have been successful in ensuring disengagement from the sensitive friction points on either bank of Pangong Tso as also no escalation whatsoever after Galwan. The credit should go to the two military for the fragile peace and tranquility along the High Himalayas despite the tense and sensitive situation. This too a large extent has been possible on account of the marathon sessions held between the two Corps Commanders. Precedence exists, needs the will to replicate this model and let the military drive the peace initiative. Direct military talks may prove beneficial and lay the foundation for the political dialogue to make peace or even relative peace to a logical conclusion in the long term.

As earlier parleys for peace at the bureaucratic level have not yielded the desired outcomes, the Military for once should lead the initial discussions, laying down the groundwork for the political dialogue. As stated earlier, the Indian military will be guided by political-diplomatic directions. The world is changing, it is a chaotic world, and as Sun Tzu said ‘In the midst of chaos, there is also an opportunity’. 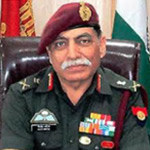 Apr 22, 2021
A pragmatic view point. Will the political dispensation give the army the freedom of strategic flexibility to take any meaningful decisions? Not too sure.

Apr 22, 2021
A well reasoned article which brings out the nuances of a dialogue between the two armies and why there should be no misgivings at the political level in the light of its demonstrated success in Ladakh. A change of tack in moving away from established approach is necessary.