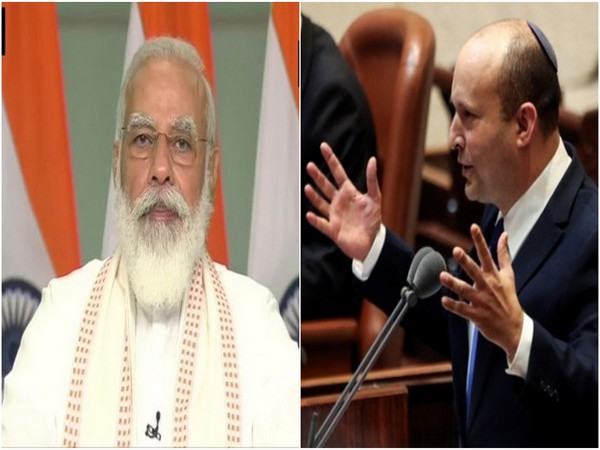 Glasgow COP 26 has proven once again the role of multilateral diplomacy in attempts to confront across the boundaries global crises. Yet, the weaknesses of the international community have surfaced, once again, frustrating those who expected quick solutions to global challenges.  As no individual state is capable of providing  sustainable solutions to its citizens without collaborating with other international parties, new forms of alignments and coalitions have emerged in recent years. Without substituting the UN, they try to offer practical responses.

There is an understanding that nowadays diplomacy does not consist of the traditional interaction between governments. It includes more dedicated, defined partnerships, that serve self-interests, while reaching out to others, using much more than governmental tools. “Development Diplomacy”, “Economic Diplomacy”, “Tech Diplomacy”, for example, are becoming useful tools in the hands of governments associating with other sectors, as civil society, private sector, academia, financial institutions and more. The capacity to build and partner demonstrates resilience, not weakness.

Against this background we witness recently a surge of new international and regional “mini multi” partnerships, dedicated to address challenges that cannot be efficiently solved neither by one country alone nor by the international community. The Greece-Cyprus-Israel Trilateral, launched a few years ago, is a good example for such partnerships, bearing fruits, strengthening relations, solidifying bonds between governments and people.

During the recent visit of India’s External Affairs Minister, Dr. Subrahmanyam Jaishankar, to Israel, the two countries rekindled their growing partnership, after a slight slowdown during the COVID-19 pandemic. They also added a new, exciting dimension to their strategic partnership, in association with other likeminded players.

In two previous articles written exclusively for Chanakya, ( India Israel Relations – An Overview – Chanakya Forum and  India-Israel Ties: No “Right”, No “Left” on This One! – Chanakya Forum ), I explored India-Israel bilateral relations. For many years, as the bilateral relations were budding, the emphasis was put on confidence building, nurturing the joint agenda and cementing a strong, viable basis for the partnership. As both Israel and India became more confident with each other bilaterally, the potential of expanding the partnership beyond the bilateral scope emerged.

As Israel’s Ambassador to India (2014-2018), I often shared with various Indian interlocutors the potential and feasibility of such ventures. Moreover, decision makers from both countries spoke, during their high-level meetings, of sharing, in the future, the fruits of our agricultural cooperation with countries “in our larger region neighborhoods”, or using Israel-adapted technology on Indian soil for the benefit of third countries, or even exporting defense products developed in Israel and produced in India (“Make in India”). The overriding idea was to make use of Indo Israeli success stories and apply them to third countries or regions, beyond the bilateral sphere.

The Joint Statement at the end of the Israeli Prime Minister’s visit to India in 2018 introduced a first step in this direction, focusing on “Development”, declaring…” The two Prime Ministers understand the significance of sharing their respective development experiences with other countries. They agreed to explore ways to develop joint programmes of assistance for third countries in the areas of training, and the development of small projects in the agriculture, water, health-care and education sectors”.

As both countries are enjoying a solid, stable and mature partnership, and against a background of dramatic changes in West Asia’s strategic map following the Abraham Accords, time is ripe to open a new chapter in our strategic partnership, bilaterally and beyond.

The visit of EAM in Israel, reflected the wide joint agenda of the two countries:  hosted by his counterpart FM Lapid, EAM Jaishankar met with senior Israeli leadership, with representatives of the business community as well as with Indian students, studying in Israel. He visited historic sites that connect our peoples and met, in an Israeli Air Force airbase, with the Indian Air Force participants in an international Air Force exercise (“Blue Flag”).  Many of the elements discussed culminated in practical results (“deliverables”) such as Israel joining the International Solar Alliance, resumption of FTA talks with a view of concluding them by mid-2022, speeding a reciprocal recognition of Covid vaccination-related documents, reaffirmation of the centrality of water and agriculture in the relations, and the invitation by PM Modi to PM Bennet to visit India on the occasion of the 30 years of diplomatic relations anniversary.

A most significant take away from the visit was the establishment of a US, India, UAE and Israel joint “Economic Cooperation Forum“, discussed in this article.

The “Abraham Accords” open the door for new opportunities and new dimensions. This long-term leaders’ discussion envisaged a couple of years ago, is now becoming a reality. In January 2021, India’s EAM addressed the issue before INSS annual conference, saying “West Asia has witnessed remarkable events in recent months. The Abraham Accords have opened up possibilities that could not have even been imagined earlier”, referring to the potential for multifaceted cooperation.

In my March 2021 article to Chanakya (India Israel Relations – An Overview – Chanakya Forum) I mentioned the dramatic, strategic changes brought by the “Abraham Accords” (or “Peace and Normalization” agreements), offering a basis to future cooperation relying on the India-Israel and UAE-Israel bilateral. “Joining hands in trilateral endeavors seem the right thing to do”…adding…” The “Abraham Accords” could also be a good platform for three/four-way-pivot partnerships between India, Israel and the relevant Gulf states. Success in this endeavor could bring other players to follow suit, bringing more prosperity to the peoples of our respective regions, and beyond.”

In the best of my dreams, I could not imagine that the long-term vision described above would so quickly become a reality: only days after announcing the US-UAE-Israel Trilateral cooperation, during Foreign Minister Lapid’s visit to Washington (Oct 12-14), the four foreign ministers’ held a virtual meeting (while EAM was visiting Israel) and announced the formation of a quadruple likeminded coalition, “The Joint Forum for Economic Cooperation”.

One would expect each member of the newly formed forum not to limit itself to giving its political will/blessings to the endeavor but to also contribute, through its various sectors (Governments, private business sector, civil society, academia, financial institutions, etc) in areas in which they enjoy strong comparative advantages. US and UAE  financial affluence and support, Israeli and Indian innovative eco systems and technologies, coupled with the Indian manufacturing skills and capabilities could be a good basis to start working together, preparing the Forum’s next foreign ministers’ meetings, scheduled for the beginning of 2022, at the Dubai Expo.

After the Oct.19 foreign ministers’ virtual meeting, some experts rushed to declare the emergence of a new QUAD, hinting at the recently-established “Indo Pacific Strategic Forum”. I beg to differ. I would even refrain from calling this new West Asia coalition QUAD. True, there are four partners in the forum, true, the US and India participate in both, but the approach to and the nature of these two endeavors is very different. The Indo-Pacific Quad, has a clear intergovernmental structure and a strategic agenda. In contrast, the newly announced West Asian Forum’s agenda will be “Soft Power” oriented, involving many other participants, beyond governments.

The recently  formed Quadruple, “Forum for Economic Cooperation” is thus NOT similar or comparable to the Indo Pacific  “QUAD”.  Still it can, and hopefully will, send a strong message of closeness and intimacy between its members, help confront cross border, global challenges, adding security, stability and prosperity to our respective neighborhoods as well to other regions of the world.

It is now up to the working groups to add content and place the building blocks of the new forum, as quickly and efficiently as possible. The success of the endeavor lies in its practicality, relevance and practices that will make a difference, bear fruits, enhance business, serve National interests of all involved, making a needed difference nationally, regionally, globally.

On a personal note, a “closure”: during 2000-2005 I headed the Bureau for Coordination and the DGs office at MFA Headquarters. Amongst my assignments, I was in charge, from Jerusalem, of a special endeavor of the dedicated team that was discretely building the basis for our relations with UAE. This, coupled with my years in Delhi adds up to a great feeling of satisfaction, now that more building blocks are added in the form of the exciting partnership discussed in this article.

The parties are now in the early stages of formation of the newly announced forum. The professional teams are expected to be working on a blueprint that will translate the vision into action. In this context, let me share some preliminary thoughts and practical ideas.

*Food Security– using India’s large territories and work capacity coupled with Israeli experience and technology, US and UAE investments, needed crops could be efficiently grown in India, marketed and sold in the UAE and surrounding countries at market prices (This idea was specifically discussed between PMs). Sales could be also done within India, adjusting to local market prices. The success stories of our MASHAV centers of excellence in India could serve as a model.

*Innovation & Technology –building dedicated innovation and technology ecosystems in each of the four countries, each contributing to the other three in terms of successful experience, knowledge, capital, markets, developments and production capability, etc (“Startup Nation Central”), teaming up between startups MNCs and other players in ecosystems to help them scale up activities, within the country, regionally, globally.

*Food Tech-R & D in latest developments in alternative, healthy, environment friendly foods, developed and manufactured in any of the Forum members. Alternative protein and alternative meat startups in Israel can move to manufacturing in India.

*Water Security– Water projects in desalination, management (urban or rural), irrigation, recycling, storage and more, based on the Israeli experience.

*”Green Middle East” – the Forum can contemplate connecting with this Saudi initiative.

*Dual Usage of Defense – Civilian related technologies (drones and robotics, for example, in precision agriculture, water management, delivery drones, and any other civilian use, including police and anti-terrorism activities).

*Tourism and Connectivity– including tourism package. 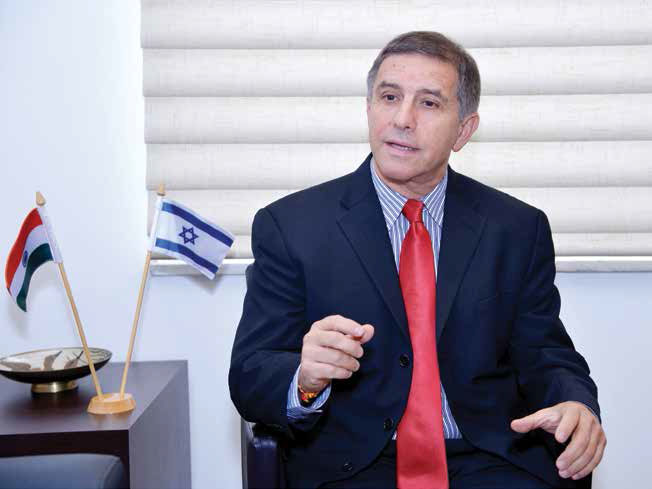 Daniel Carmon is former Ambassador of Israel to India from 2014-2018. He is presently Senior Fellow, at International Institute for Counter-Terrorism (ICT), IDC Herzliya.