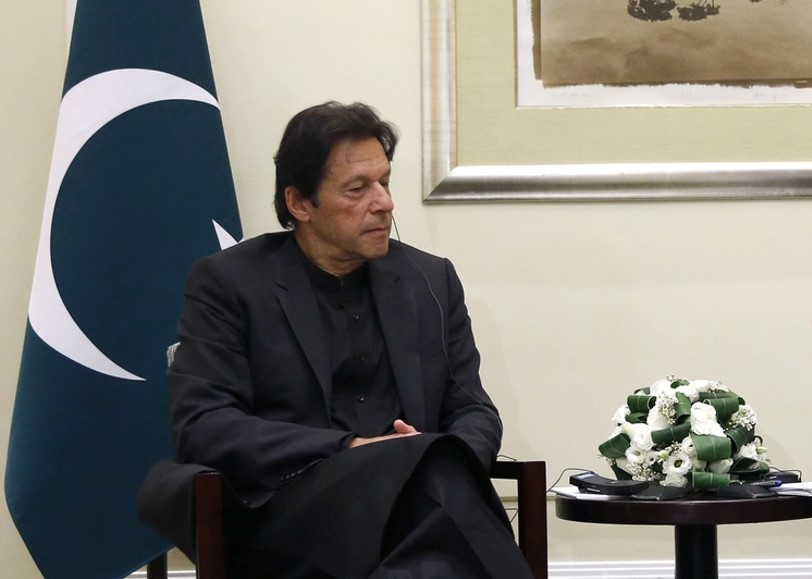 The implosion in the Pakistan Democratic Movement  (PDM) is being seen by Imran Khan and his cronies as the fizzling out of the threat that the 10-party opposition conglomerate posed to the ‘selected’ government. But even though the opposition efforts to force out the government appears to have lost steam, the factors – economic, political, governance-related – that put wind in the sails of the opposition and made it so menacing continue to dog the ‘Hybrid’ regime. If anything, these factors have become even more intractable and therefore threatening for not just the stability of the regime, but even that of the state. Ironically, the collapse of the opposition will only make things worse because it deprives the establishment of a viable political alternative to try and reverse the slide in the affairs of state.

Politically, the PDM’s split hasn’t really ended the spectre of political instability that continues to loom large over the Imran Khan regime. Although the opposition parties are no longer working in tandem to pull down the government, they all remain inveterately opposed to Imran Khan. On this count, there is no real comfort coming Imran Khan’s way. Even efforts by the Pakistan People’s Party (PPP) to arrive at some modus vivendi on issues like electoral reforms are unlikely to work. Already a senior minister and close confidant of Imran Khan has hinted that the government could re-open the Swiss cases against Asif Zardari, something that is a sure shot way of forcing PPP to end any possible cooperation with the government.

While the opposition remains daggers drawn, there is trouble brewing within the ruling party. Partly for reasons of political virtue signalling on the issue of corruption and cartelisation, partly because of his own insecurities fueled by both his clairvoyant wife and his cronies, Imran Khan has set his accountability dogs after the man who was instrumental in his ascent to power – Jehangir Tareen. Although Tareen had been side-lined months ago, it is only recently that he started flexing his political muscle after it became clear that Imran was out to fix him. In a show of force, Tareen managed to gather more than half a dozen MNAs and nearly a score of MPAs from Punjab at a dinner. That so many ruling party lawmakers attended a dinner thrown by a man out of favour is a clear sign of rebellion brewing against Imran Khan. The grapevine is that there could be more lawmakers who could make a beeline towards Tareen. Even the legislators who have come out in the open are enough to upset Imran Khan’s applecart and reduce both the federal and Punjab governments into a minority.

The only problem is that the rest of the opposition is in disarray and is unable to decide how to dislodge the ruling dispensation, and more importantly what to do once they see the back of Imran. While the PPP wants an in-house change of government, Nawaz Sharif and his PMLN are keen on fresh elections. Nawaz Sharif senses a resounding victory if elections were to be held in the next couple of months. There is a clear groundswell in his party’s favour. The way PMLN sees it, Pakistan is in such deep crisis that taking on the government for the balance of the current National Assembly’s tenure will be suicidal. The reason is that Pakistan will need very deep reform to dig itself out of the hole in which it finds itself. If the opposition was to take the reins of government and undertake this extremely painful reform, it will have to pay a very heavy price by the time the next election is called in just over two years. Instead if elections were to be held in the next few months, the PMLN would receive a mandate for five years and it could undertake the reforms in the first couple of years and then go into the next elections when the economy is on an upswing.

There is however another opinion, led by Shahbaz Sharif, within the PMLN that is keen to get rid of Imran Khan as soon as possible. The adherents of this view also want to reach out and side up to the military establishment instead of confronting it as Nawaz Sharif and his charismatic daughter, Maryam Nawaz, is inclined to do. But there is no clarity as to who will replace Imran Khan and how the affairs of the state will be managed once Imran Khan is ousted. Will it be a national government? Will it be a minority government led by either someone in PPP or a breakaway faction of PTI or even someone from PMLN, which will be supported from the outside by other parties? What will happen in Punjab? Will the Shahbaz faction be okay with PMLQ’s Pervez Elahi taking the reins of Punjab? Or will PMLN insist on the CMs seats? What will be the role that the Forward Bloc led by Tareen play? Most importantly, will the military establishment agree to play ball?

As far as the PPP is concerned, it is more interested in a either keeping Imran Khan on tenterhooks by constantly sniping at the government, or else replace the PTI regime by some kind of national government in which it gets a significant stake and uses it to rebuild its base in Punjab while keeping its government in Sindh. The PPP also thinks that a regime change will ensure that it wins relief for its top leaders who are being targeted on corruption charges by the Imran government. Of course, any regime change – a national government or some other arrangement – will pull in different directions and is unlikely to be able to steady the ship of the state. In other words, the PPP plan only serves its own political interests but doesn’t really offer a way out of the current crisis. Quite to the contrary, it could end up worsening the crisis.

On the part of the military establishment also there is no clarity on whether to let Imran Khan be ousted. In large part this is related to the question of what to do once Imran goes. Understandably, the military is not confident that a national government will pull Pakistan out of the hole that Imran Khan has taken it into. There are also concerns that a national government made up of disparate elements will be so absorbed in managing its own contradictions that it will have no bandwidth to fix things in the country. A new election that brings Nawaz Sharif back into power (he can’t become Prime Minister but will control whoever heads a PMLN government) is not a palatable option for the military, certainly not under the current chief, Qamar Bajwa, who has been named and blamed by Nawaz Sharif for foisting Imran Khan on Pakistan. Asides of Bajwa, the rest of the military brass is also not exactly enamored of the PMLN. With no clear option in sight, the military is condemned to, or if you prefer reconciled to, persisting with Imran Khan for now, and perhaps until the next scheduled election in the third quarter of 2023.

What all this means is that despite the opposition baying for blood, and notwithstanding the rebellion within PTI, Imran Khan appears to be going nowhere just yet. But this doesn’t mean that there will be political stability of the kind that will allow rescuing reform to take place. Far from it, politically Pakistan will keep getting buffeted not just by the opposition but also by an overbearing military. Ironically, Imran Khan will actually be playing a major role in fueling the instability. At one level, he will keep on with his vicious and vindictive politics which centers on victimizing his opponents. This will keep the political temperature at boiling point. At another level, he will keep pitting the opposition against the military to ensure they don’t get too close. In a way Nawaz Sharif has helped him in this by targeting the military brass. Imran is also believed to be threatening the military with the ‘nuclear’ option – quitting or dissolving the National Assembly – and letting the army handle the fallout. There are rumors that Imran Khan has already prepared a plan to get the president to dissolve the assemblies at a moment’s notice. The grapevine in Islamabad is that Imran is now pushing the military into a corner by sabotaging its back-channel with India and taking on the mantle of being the defender of Kashmir and Islam, as also a crusader against corruption. This is his insurance policy which will ensure that if he is ousted, he will live to fight another day as the man who preferred to give up power but didn’t compromise on corruption or Kashmir. Clearly, all this suggests that the political stability that Pakistan so desperately needs will remain elusive even if the current dispensation is not displaced.

Compounding the crisis caused by the political unrest will be the feckless governance of the incumbent regime. By now it is clear to even the most purblind that Imran Khan and his cronies are incapable of providing any kind of governance. Imran Khan’s idea of governance is to keep transferring bureaucrats and sacking his ministers. But instead of fixing things, it has made matters worse because no one in the administration has any security of tenure. In the last two and half years there have been so many transfers of top officials at both the federal and provincial level that it is difficult to keep count – half a dozen Federal Board of Revenue chiefs, half a dozen chief secretaries and police chiefs in Punjab, three finance ministers with a fourth waiting in the wings, multiple changes in the energy and information ministries and so on and so forth.

The governance deficit is only adding to the growing economic woes. With the IMF imposing really tough but necessary conditionality, Pakistan is caught between a rock and a hard place. If it sticks to the IMF program, growth will remain anemic. Jobs will not be created. Meanwhile inflation is making things worse. The structural problems, including high indebtedness and the consequent debt servicing obligations means that the government is left with virtually no fiscal space to either fund development or provide some relief to people in terms of social welfare programs. Debt servicing and defence now eat up the entire revenue of the federal government. This means that every other expenditure of government is financed by contracting more debt. Top economists are already claiming that Pakistan is in the throes of a debt trap, which will worsen since the economy is now growing at a pace that will allow the debt burden to come down in the future. One way of trying to come out of this is by ending the IMF program. But that will have its own repercussions because it will dry up access to multilateral funding by World Bank and ADB. It will also make access to funds from international financial institutions hard to come by, and if these are available, then the price of these funds will be unaffordable.

Clearly, Pakistan is caught between staying in the frying pan or jumping into the fire. The former means that it will continue to get fried and eventually be toast; the latter means getting badly scorched, if not entirely burnt. 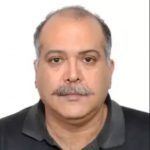