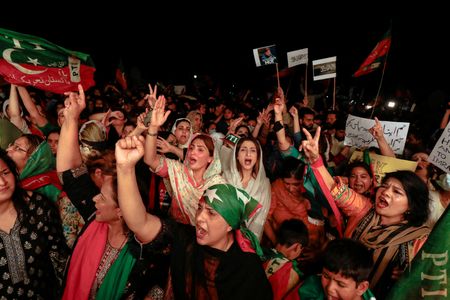 A no-confidence motion by Pakistan’s joint opposition ousted Prime Minister Imran Khan. It was a historic day for the country, as he became the first Chief Executive who has been ousted by a no-trust motion. Opposition parties with the support of Imran’s coalition partners and some of his own party members brought down the fragile government of Imran Khan. He called this move a ‘regime change’ plan by the United States, which is being implemented through Pakistan’s opposition parties.

On the last day of the vote on 3rd April, his Deputy Speaker gave a ruling that there cannot be voting on a no-trust motion because according to Article 5 of Pakistan’s constitution, opposition parties are traitors as they are not loyal to the state. Supreme Court of Pakistan took Suo Moto notice to uphold the constitution and gave a decision that proceedings of no-confidence motion must be completed by the Speaker of the National Assembly.

At the eleventh hour, the Speaker and Deputy Speaker resigned but did not obey orders and asked the panel of speakers to fulfill this legal duty.  Imran Khan flouted all canons of the constitution and declared the opposition as traitors. He openly targeted the United States for regime change in Pakistan. He has been ousted constitutionally, but his digital army and keyboard warriors are targeting the establishment for his ouster.

What happened in Hybrid Regime?

Imran Khan did struggle for more than two decades for making inroads into the power corridors. He encouraged people, to support his cause of democracy and ruled based good governance.  He did mobilize the general public, particularly the youth and women, and gave them a sense of responsibility to play their role in politics. He could be considered a rare political personality in Pakistani politics, who politicized the entire society.

In 2018, he started working in a Hybrid Regime which is termed as running state affairs with the support of unelected offices. Pakistan’s challenges in foreign policy or domestic economic crises, could not have been solved without the support of Pakistan’s unelected offices. He thought this was the opportunity to get things done as he was not in a position to get the desired results from bureaucracy, being new in the state apparatus. There was a view that he was getting preferential treatment but in reality, he knew he cannot run a system, and help is needed.

He outsourced some segments of national security, foreign policy, and economic security to state institutions, as he found that it is the right way to keep close contact with institutions that matter in running Pakistan. The establishment thought Imran Khan can help improve relations, particularly with India and an Oxford graduate could convey their views to the world from the Prime Minister’s office. He did convey messages through his office, but PM Modi’s aggressive policy against Pakistan and the American withdrawal from Afghanistan could not help in this context.

Opposition parties were worried because of this partnership, as they were facing accountability cases in the courts. With all the support from state institutions, Imran Khan failed to deliver on good governance, economy, ensuring political cohesion, and also in the foreign policy front. In the end, the hybrid regime fell as it was his responsibility to take the onus of all failures.

The hybrid regime failed, but Imran Khan knows if he has to come back, he should not want to burn all bridges; but mistrust with state institutions has increased because of his non-cooperation on the no-confidence motion against him. He could not get any support as institutions were neutral and he was asked to obey Supreme Court instructions and face a no-confidence vote.

What is Imran’s Strategy Now?

Imran Khan kept changing his narrative for the state he wanted. In 2018, he spoke of Naya Pakistan, but in 2022 he speaks of Riasat e Madina. Imran Khan’s Trump-like politics which is to stay in power, even if a state has to pay the cost and his exit through a vote of no confidence has affected Pakistan in many ways.

Before 2018, his strategy to come into power was to convince people that he will go for accountability of opposition parties and bring back looted money from foreign capitals. He failed in that as he put leaders behind bars and there was no Pakistani money abroad that he could bring back to fill the nation’s coffers. He wanted to make his party an institution so that he could have an intra-party democracy, but his party is just a one-man show. He promised to reform Pakistani state institutions and there is no institutional reform that he can report and show to the people.

He made tall promises to win over the masses’ confidence in 2018 but in 2022 when he has been voted out, he does not want to win the next elections through his previous preferences. He has a clear mindset and that is to create a conspiratorial theory of foreign power’s regime-change operations in Pakistan.

His next elections will revolve around the following themes, which are Anti- West and anti-American and calling opposition leaders as traitors, using the religion card to win right-wing conservative masses. He will be portrayed as the leader of the Muslim Ummah, as there were two OIC Foreign Ministers conferences in his tenure in Pakistan. He will show himself as politically martyred in a no-confidence motion and will use his victimhood card in the next elections. His utmost effort will be to create a narrative where he does not remain dependent on ‘Militablishment’ for coming elections.

He is a ferocious campaigner and for this, he would try to mobilize the masses and will field his ideologically motivated candidates in coming elections, rather than finding electable candidates. The call for protests the day after he was ousted was successful as a large section of Pakistanis came on roads to support him. In the 2018 elections he was supported to come in power by the establishment, but can he translate the public support into a simple majority in the next elections without support?

The social media campaign of Imran Khan against the opposition and the United States have made the people forget the failures of almost four years of his rule. He understands that conspiracy theories mixed with religion; popular nationalism can bring him back in power rather than performance. He will not have to face incumbency factor in coming elections as his moves revolve around preempting people before he could be asked questions about his performance. 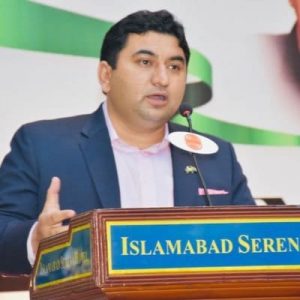 Dr. Qamar Cheema is an academic based in Islamabad, Pakistan. He regularly appears on national and international media.

Apr 11, 2022
Based on the drama that was Imran Khan, I wish him a prosperous future as an actor in the Pakistani film industry (if they have one). He might then have some hope. Else, I fear his current plan will leave him inordinately idle. What with him thinking about himself as a brilliant transformational figure, tactician, strategic thinker and a peace maker. He bravely offered to settle all disputes between China and the US. I am sure he thinks he can bring peace between other nations as well. He might now feel tempted to open an office and waiting for leaders from nations across the world to call him. I can picture him sitting by the phone, waiting for it to ring. Hence, I am advocating he take up acting in movies; he might actually get some work.

Apr 11, 2022
Pakistan has always been governed by a Hybrid Regime post Zia-Ul-Haq’s death and perhaps even before that. I don’t think that the Pakistani Establishment will allow Imran to come back to power, even if he had the popular backing of his misguided fans. Imran has become an inconvenient figure for the Pakistani Establishment because of his arrogant and antagonistic approach towards the West, Saudi Arabia, China etc. and his lack of diplomatic skills has caused plenty of embarrassment to Pakistan in the international community. Additionally, Imran, because of his big mouth, could compromise the interests of Pakistan and especially, its Military Establishment. So, in all probability, the Pakistani Establishment will ensure that Imran is kept in hibernation for an extended period of time either in jail or under house arrest. If and when the current political setup gets too big for its boots, the Establishment can always prop up some other acquiescent leader like Shah Mehmmod Qureshi etc.