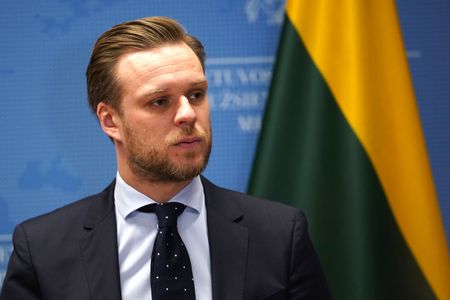 BRUSSELS (Reuters) -EU foreign ministers failed on Monday in their effort to pressure Hungary to lift its veto of a proposed oil embargo on Russia, with Lithuania saying the bloc was being “held hostage by one member state”.

The ban on crude imports proposed by the European Commission in early May would be its harshest sanction yet in response to Moscow’s Feb. 24 invasion of Ukraine and includes carve-outs for EU states most dependent on Russian oil.

Germany, the European Union’s biggest economy and a major buyer of Russian energy, said it wanted a deal to authorise the oil embargo, which it suggested could last for years.

As expected, the ministers failed to reach a deal on Monday, EU foreign policy chief Josep Borrell said after the meeting, with ambassadors now charged to negotiate an agreement.

“Unhappily, it has not been possible to reach an agreement today,” Borrell told reporters, saying Hungary set out its argument based on economic, not political, concerns.

Borrell said foreign ministers had decided, however, to provide an additional 500 million euros for arms purchases in support of Kyiv, taking the total sum of money the EU has earmarked for that purpose to 2 billion euros.

Some diplomats now point to a May 30-31 summit as the moment for agreement on a phased ban on Russian oil, probably over six months, with a longer transition period for Hungary, Slovakia and the Czech Republic.

Hungary, Moscow’s closest ally in the EU, has said it wants hundreds of millions of euros from the bloc to mitigate the cost of ditching Russian crude. The EU needs all 27 states to agree to the embargo for it to go ahead.

“The whole union is being held hostage by one member state … we have to agree, we cannot be held hostage,” Lithuanian Foreign Minister Gabrielius Landsbergis said.

Hungary’s Foreign Minister Peter Szijjarto said Budapest had not received any serious new proposal from the European Commission regarding oil sanctions since the executive’s president visited Hungary earlier this month.

“The European Commission has caused a problem with a proposal so it’s a rightful expectation from Hungary … that the EU should offer a solution: to finance the investments and compensate for … the (resulting) price rises which necessitates a total modernisation of Hungary’s energy structure in a magnitude of 15-18 billion euros,” he said on Facebook.

Borrell questioned those figures, saying Szijjarto had spoken of much lower numbers with ministers on Monday and that the oil embargo went beyond individual EU governments.

“We have to get rid of this strong dependency (on Russian energy) that makes us very vulnerable,” Borrell said.

An oil embargo, already imposed by the United States and Britain and which would follow five rounds of earlier EU sanctions, is widely seen as the best way to reduce Russian income for its war in Ukraine. The EU has banned Russian coal.

Moscow calls its invasion of Ukraine a “special military operation” to rid the country of fascists, an assertion Kyiv and its allies say is a baseless pretext for an unprovoked war.