Era of Indian Youth is Here 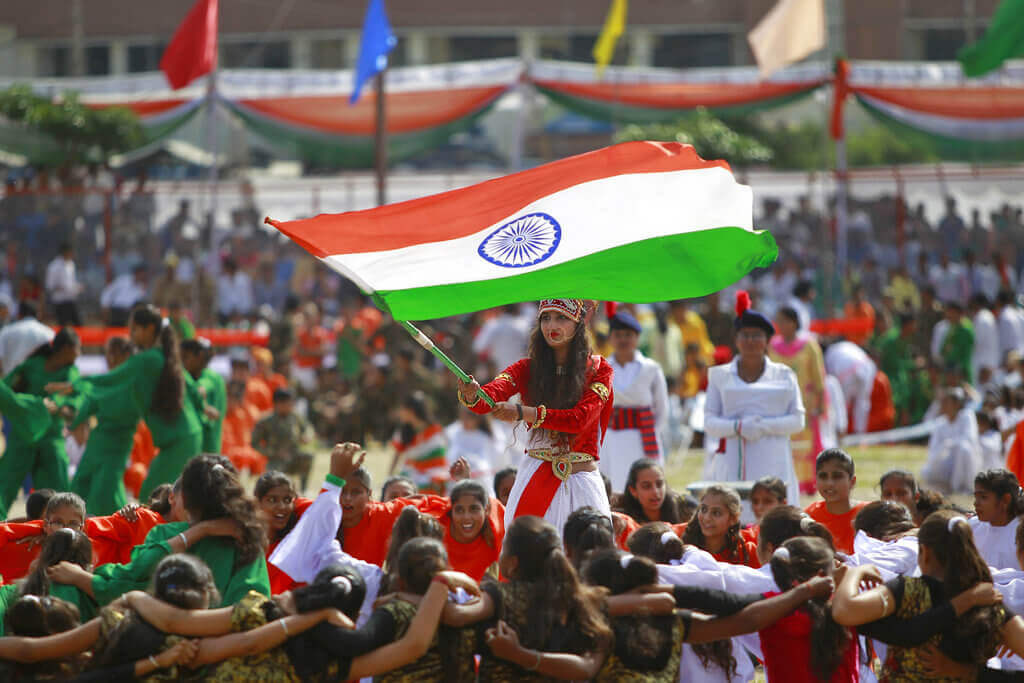 Era of Indian Youth is Here

The International Youth Day was commemorated on 12 August 2021. We, in India, are at the verge of celebrating our 75th Independence Day. These 75 years have been full of turmoil and transition. Change has been the only constant for a young country trying to break the shackles of the past and steering herself into the future. The people at the helm of affairs, our forefathers use to make all the decisions keeping in mind the needs of future generations.

All these decisions as well as the sacrifices made by the previous generations have put the youth of today in a pivotal position and therefore the era of Indian youth can be said to have arrived.

Today 65% of our population is less than 35 years of age and it is projected that this year itself, the average age of Indians will fall to just 29 years. India will be the youngest country in the world in terms of age.

The Indian youth is a unique blend of tradition and modernity which distinguishes them from the rest of the world. It is because of this reason that more young people are required at the highest levels of decision making. Be it industry, science and technology, public policy or the corridors of power, the time is ripe for giving responsibility as well as authority to the young.

The Indian youth have displayed time and again that they are more than capable of identifying problem areas and finding solutions through innovation and expertise. We can look at any field and we’ll see the youth excelling beyond all expectations. For a long time, engineers, doctors, lawyers, civil servants and business administration professionals had been the flag bearers of success when it came to the youth.

But this notion has been changed drastically by the youth themselves as several of them have become giants in fields of entrepreneurship, entertainment, sports and many more. As our Hon’ble Prime Minister says that the youth of today does not want to seek jobs but create employment for several others.

The youth of today is not afraid to dream, to take risks and most importantly bet on themselves. It is because of this particular reason that we have produced gems like Neeraj Chopra, Meera Bai Chanu and many others who took up unconventional sports and excelled in a very short span of time and paved the way for those who want to look beyond cricket.

Entrepreneurs like Kunal Shah, Ritesh Aggarwal and others have shown that one need not come from wealthy families or have Ivy League degrees to make a mark. Artists like Rajkumar Rao, Pankaj Tripathi and Nawazuddin Siddique have broken moulds to become sensations due to their belief in their craft and talent.

I have always believed in the saying by Plato that one of the penalties of refusing to participate in democracy is to be governed by your inferiors. This thought laid the foundation for my decision to enter active politics. It is time that the youth is allowed to take decisions which would affect them as well as the rest of the country.

In the two years of my being in office, I have seen youngsters working harder and having more robust political acumen than many senior party people as well as officials. Youth should not just become social media warriors or fodder for political protests but they should have a chair at the table and be the face of change.

It is not that youth have not been participating in politics. Ever since the British era, youth have been at the forefront of resistance. My idol Sardar Bhagat Singh is an icon for the youth primarily because he dared to go beyond protests and ‘Satyagraha’. He showed the world that the actions of a 23-year-old boy have the potential to shake the foundations of an empire which had been ruling the world for centuries. But in 1931, Sardar Bhagat Singh and other such radical young revolutionaries were outliers.

Today, each and every young person holds the key to transform the destiny of our nation. There are teenagers who are being recruited by defence agencies to write programs and software for surveillance which is playing a role in defending our country and saving the lives of countless innocent people.

The Prime Minister’s economic advisory council has several young people who are shaping the country’s economy and ensuring that the living standards of the masses are improved. The youth of today is in a far better position than any other young generation in the past several hundred years.

They have the resources and the understanding to bring change for those who cannot bring change for themselves. It is my submission that our society should start believing in the youth more and let go of certain past notions. It is time to kick-start the golden era of India one more time. Jai Hind

Gautam Gambhir is a former Indian cricketer. He is presently an elected Member of Parliament.

Aug 14, 2021
" Many people undervalue what they are and overvalue what they are not". Yes youth has done amazing in all fields. Today we do face huge problems like brain drain which means all the top class intelectual does not want to remain in india and that is evident when we look at Sundar Pichai and many more. Each year thousands go to foreign universities and get permanently settled there. Social media has proven to be disasterous for indian youth, applications involving creation of short videos and all has done more harm than anything. A new concept of E- sports has emerged in india in the lockdown period as a result of which many youth get engaged in these games. Goverment should specially take care of cyber security as we enimies all around. Government has to promote innovation better schooling and a complete reform in what students read from beginning. We have the ability and potential and we have done it brilliantly in the past and we can and will in the future and make ou country greatest once again. JAI HIND