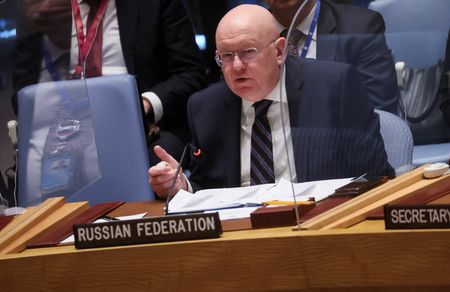 Washington, Apr 9 (PTI) A day after Russia’s suspension from the UN Human Rights Council amid its invasion of Ukraine, the White House on Friday said it does not anticipate the same for Moscow in the Security Council where it is a veto-wielding Permanent Member.

“I know a question has been asked about whether Russia should be kicked out of being a permanent member. We don’t anticipate that happening,” White House Press Secretary Jen Psaki told reporters at her daily news briefing. “But obviously, the step taken yesterday to suspend Russia from the UNHRC is an indication of the global response and horror at the atrocities we have seen happen on the ground in Ukraine. But beyond that, I don’t have any other predictions of reforms,” she said.

Suspension is the only method provided for in the UN resolution that established the Human Rights Council back in 2005. “It’s the most serious action available. It’s only been applied once in history. This is only the second time in history that a country has been kicked out of the UN Human Rights Council,” she said. The last example was Libya, Psaki said. “So, that obviously speaks to the significance, and it also speaks to the fact that more than two-thirds of countries who are members believe that they should not have a leadership role on global human rights as they work to subvert and violate global human rights,” she said.

“This also means that once suspended, Russia will not be able to vote against future actions during subsequent Human Rights Council sessions. And so it is significant, only the second time in history, and it speaks to the global outrage in response to these atrocities,” she noted. According to Psaki, the US-led international sanctions are having a tremendous impact on the Russian economy.

“We are seeing an inflationary rate of about 15 per cent, a projection of a contraction of 15 per cent in the Russian economy. Six hundred private sector companies have left Russia. We know it is having the impact that the world intended. This is the most significant coordinated set of sanctions ever done in history on this large of an economy. The third objective here is to make it much more difficult for President Putin to fund his war,” she said.