Diplomacy and Tragic Flaw of Overconfidence 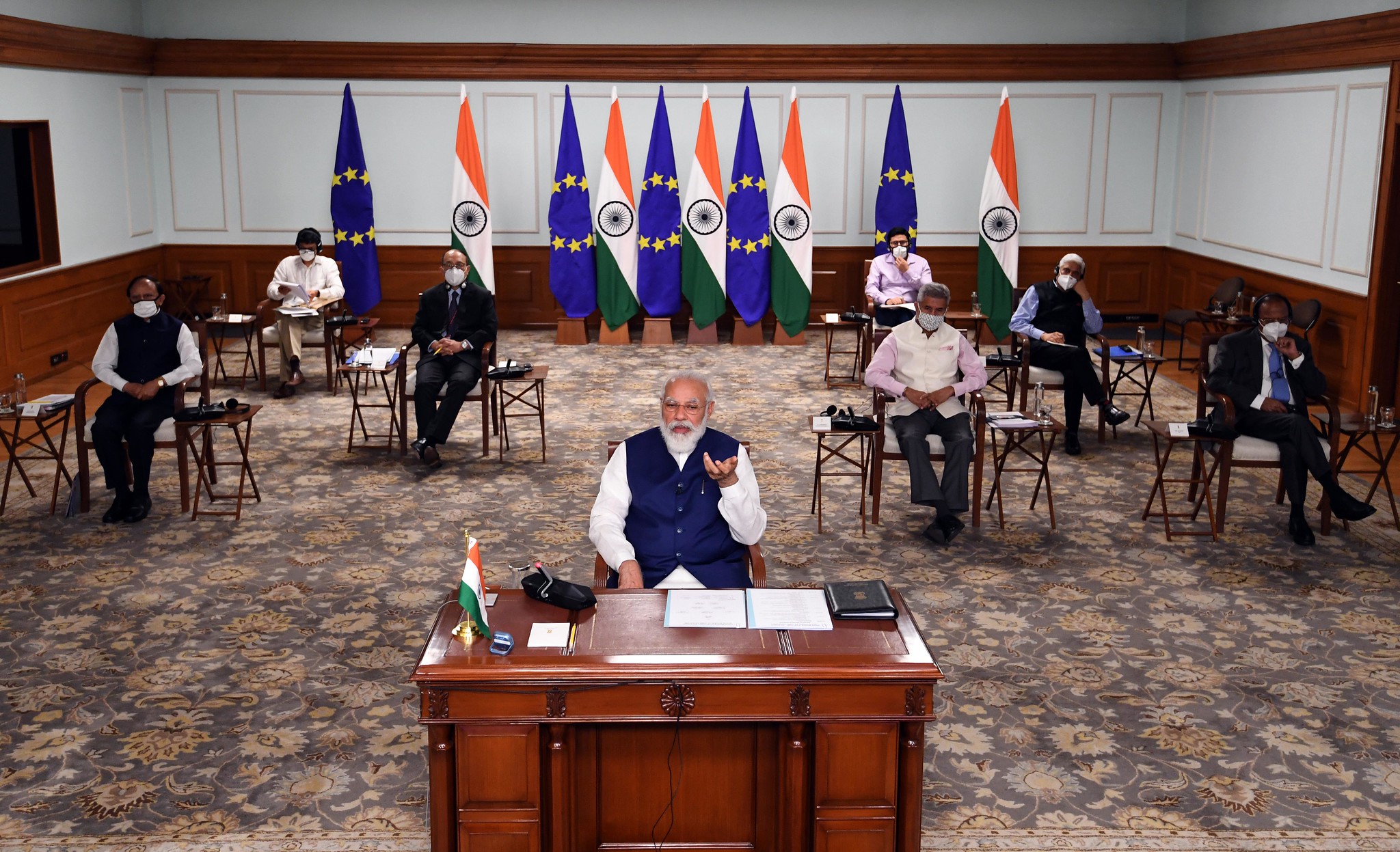 Diplomacy and Tragic Flaw of Overconfidence

My book, ‘Modiplomacy Through a Shakespearean Prism’ is structured like a Shakespearean play, divided into five parts or acts–the first act is ‘exposition’, which introduces the characters and the setting; the second act is the ‘rising action’ section, which has a series of events and the third act is ‘the climax’, which is the turning point of the story, where the fortunes of the protagonist reverses. The fourth act is the part of falling action or ‘resolution’, where the final outcome of the conflicts begins to unravel, but it is not clear and the fifth and the final act is called ‘denouncement’, which ties up loose ends and presents the consequences of the resolution. It is not a tragedy as the hero emerges victorious, but, like in the case of Shakespearean tragic heroes, the hero had overconfidence as a tragic flaw. This over confidence was attributed to his faith in the nation, the massive majority he won in two elections and his vision of a great future for India.

In recent months, the overconfidence has been visible in domestic and foreign policy matters. There seemed to be a presumption that President Trump would return to power, but the sense of comfort derived from the US support against China suddenly evaporated when President Biden began to nuance the US policy on China. Our loading the Quad agenda with issues other than security in order to hide the real intentions of the other partners may have been a friction point.

The bold initiatives taken on Article 370 and the citizenship issue had unexpected repercussions abroad, but given President Trump’s support, due attention was not given to the growing disquiet in the west that India was deviating from the tenets of democracy and personal freedom. The tide of public opinion in the US Congress and the British Parliament could not be stopped with the argument that these were internal matters. The tool kit issue also exploded because of the intervention of the press and other opinion makers. The opposition also did not help as the occasion was used to pour oil on fire, with one national leader inviting the US to intervene. For the first time in history, the Freedom House downgraded India as a partial democracy and several western commentators characterized India as an elected autocracy. These had repercussions even in friendly countries.

India made an assessment by the beginning of 2021 that the pandemic was over even though there were clear scientific evidence of a second wave and arrival of mutants. Even before the relative effectiveness of the various vaccines was established and the manufacturing capability was ensured, India launched its vaccine diplomacy, taking pride in becoming the “Pharmacy of the world”, ignoring the reality that most of the components of our vaccine had to come from abroad. The advice given by some of us through tweets at that time that this policy should be reviewed was not heeded. India had also relaxed the precautionary measures during huge festivals, massive election rallies and other public functions. By the time the gravity of the second wave emerged, it was too late to conserve vaccines and oxygen and to create hospital beds. Nothing of the likely catastrophic consequences of overconfidence was anticipated.

The first natural casualty of the devastating situation was the policy of not accepting foreign assistance in times of calamity. But still a general request for assistance was not issued and by the time the world realized the acute situation in India, the tragedy had assumed alarming proportions. A pandemic disaster has no borders and nobody is safe till everyone is safe. But the instinct of many countries was to secure their own position before pledging support to others. India’s public diplomacy was not deployed in time to change this mindset.

The US State Department did not even issue a bland expression of support for fear that the Indian request for vaccine components would jeopardize the American plan for its own vaccination plans. It was only after our NSA called his counterpart and PM Modi himself spoke to President Biden that the US announced supply of relief goods and equipment for manufacturing vaccines. President Biden’s announcement was somewhat restrained, describing his action as just a reciprocal act as India had helped the US in the early days of the pandemic. We paid a heavy price for our reluctance to make an urgent request at the right time.

The recent visit of the Foreign Minister of Russia, Sergei Lavrov did not go very well because of Russia’s new policy towards China and Pakistan. The PM did not even find time to meet him because of his election campaign. But President Vladimir Putin responded warmly to a call from PM Modi and shipped relief materials, including vaccines to India. All said and done, an old friend may understand India better than a new one.

The overconfidence syndrome was evident in the speech delivered by PM Modi at the World Economic Forum at a time when Europe was devastated by a second wave of the pandemic. He spoke of the success of India in containing Covid-19, dismissing the predictions made about the likely disaster looming in India. But the present reality has exceeded the worst predictions of disaster and we are banking on assistance not only from friends, but also from adversaries. If only we were less confident, more cautious and humbler, the present tragedy could have been averted. But this is not the time for the blame game. The government’s efforts should be supported and the people should fight unitedly, whatever the election results will bring over the weekend.

India is a great country, no doubt, but a pandemic does not distinguish between the great and the small, the powerful and the weak, as was seen in the last one year. Shakespearean plays had taught us centuries ago that a tragic flaw can fill the stage with dead bodies.

May 03, 2021
No one had anticipated such a strong second wave compared to the first one, in fact if anything, it was considered that the mutations will weaken over the time. Can anyone note any CM who had made preparations the way some people are accusing our PM Modi. Which CM has taken efforts to keep their states secured as much as team Modi has taken to tackle this sudden outburst of second wave in our country. Central govt has done every effort to tackle this second wave, be it vaccines, medicines, or oxygen supply by resolving problems that rose with changing situation. Though at times, we have to become defensive, soon things will be under control much like we handled wave 1 effectively. Jai Hind..!!

May 01, 2021
Beautifully said about the overconfident Central government of India under PM Modi and his callous way of handling the present wave of the Pandemic... The various Courts of the Country had to pass strong strictures to make the PM act on the Oxygen shortage and vaccine shortage across the Nation. Congratulations for being so candid and open Sir