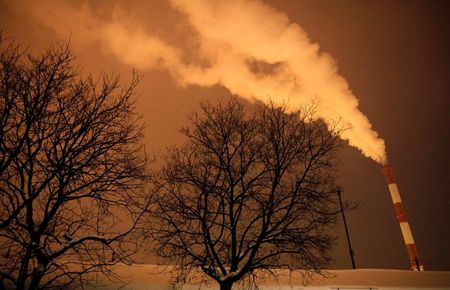 United Nations, Jul 21 (PTI) The maximum impact of the climate change is being borne by the poorest countries and most vulnerable communities who have contributed the least to the crisis, India has said, asserting that the developed nations with their historical experiences must take lead in the global transition towards net-zero.

The UN has outlined that in order to keep global warming to no more than 1.5°C, as declared in the Paris Agreement, greenhouse gas emissions need to be reduced by 45 per cent by 2030 and reach net zero by 2050.

The world body has explained that net zero “means cutting greenhouse gas emissions to as close to zero as possible, with any remaining emissions re-absorbed from the atmosphere, by oceans and forests for instance.” “The maximum impact of the climate crisis is being borne by the poorest countries and most vulnerable communities, which have contributed the least to the climate crisis and lack the finance, technology and capacity to significantly alter the status quo,” First Secretary in India’s Permanent Mission to the UN Sneha Dubey said on Wednesday.

Speaking at the special High-Level dialogue of the Presidents of the General Assembly and the Economic and Social Council on ‘The Africa We Want: Reconfirming the Development of Africa as a Priority of the United Nations System’, Dubey said developed countries with their historical experiences, must take lead in the global transition towards net-zero.

“A global Net-Zero should be based on the principle of common but differentiated responsibility and of equity, where developing countries will be peaking later given their respective sustainable development paths,” she said. India said consequently, in order to vacate the carbon space in 2050 for developing countries to grow, the developed countries should, in fact, do Net-Minus, she said.

Dubey said a cross-regional statement underscoring this was issued in June, with two countries from Africa as the signatories. “We hope more African countries can join this statement,” she said.

India’s then Permanent Representative to the United Nations Ambassador T S Tirumurti had delivered the cross-regional joint statement on behalf of India and Bolivia, China, Gabon, Iran, Iraq, Mali, Nicaragua, Panama and Syria on “Global Net Zero” in the context of combatting climate change made on the occasion of the World Environment Day.

Prime Minister Narendra Modi told the COP26 global climate summit in Glasgow last year that India will meet a target of net zero emissions by 2070. There still exists a large gap to achieve commitment by developed countries to provide 100 billion dollars for climate action. An added problem is the clubbing of development finance with climate finance, Dubey said.

“This is pushing developing countries into more debt,” she said and underscored that India is strongly committed to climate action and sustainable development.

At COP-21 in Paris in 2015, India committed to 40 per cent share of power generation from non-fossil fuel sources and has achieved this target a decade ahead of the 2030 timeline.

“India’s experience is useful to African nations as they embark on their own energy transitions,” she said, noting that the International Solar Alliance is a notable platform, which has the majority of African countries as members, and has promoted the rapid deployment of clean energy technologies.

In recent years, clean and green energy has been increasingly prominent in India’s development programmes in Africa as also in its third country collaborations, she said.

Dubey emphasised that the underlying philosophy of India’s partnership with Africa is to empower Africa for a future that is founded on principles of inclusiveness, sustainability, peace and prosperity, dignity and respect for one and all. “African priorities will guide our initiatives,” she said.

Underlining that the years 2022 and 2023 should be the years for delivery of action, she said India looks at Sharm-El-Sheikh with such expectation, the venue of this year’s annual UN climate conference Conference of the Parties (COP 27) in Egypt in November.