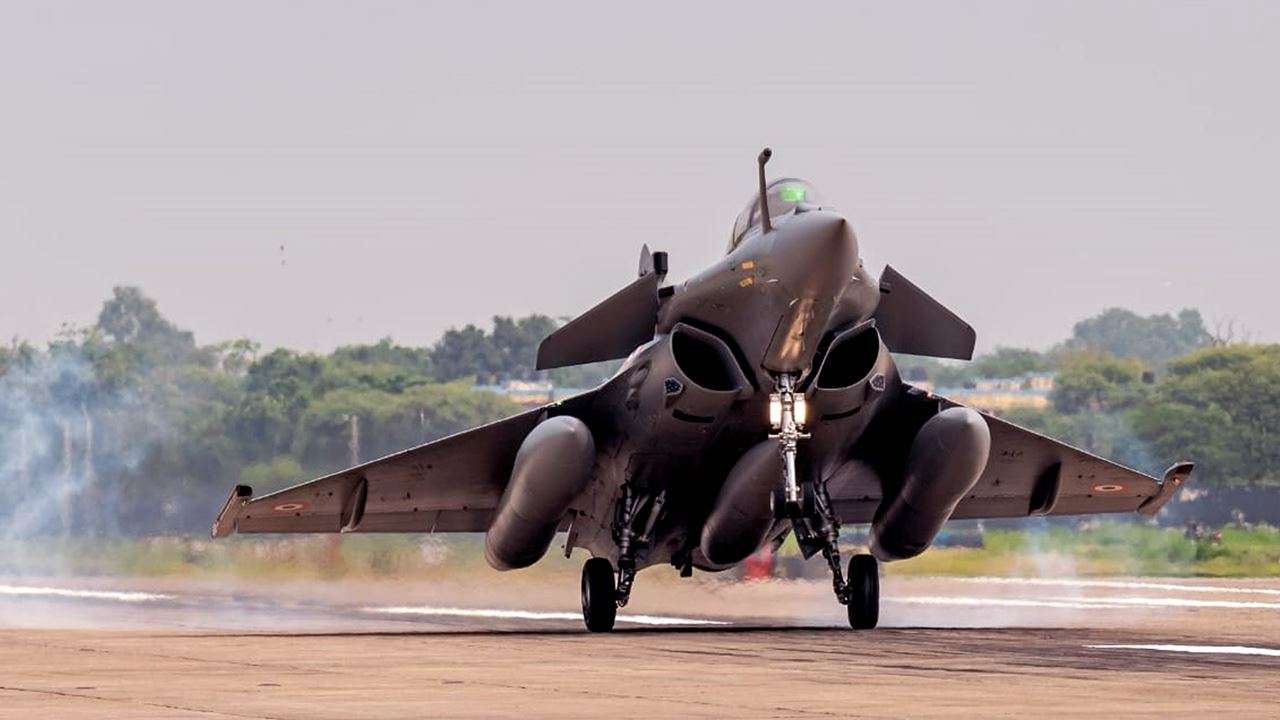 Defence Offsets were introduced in India in 2006 under the Defence Procurement Procedure. Seen as an attractive opportunity to gain access to technology and foreign capital and a convenient route to expanding the defence manufacturing base in the country, defence offsets were advocated as the option for India. Today, after four amendments to the policy, the evidence on its success is underwhelming. A new offset policy has been announced by the government in a bid to revive interest in defence offsets and in the backdrop of the Atma Nirbhar Bharat policy. Will it deliver?

The original objectives of the offset policy included the fostering development of internationally competitive enterprises, augmenting capacity for research, design and development in defence products and services apart from encouraging the development of synergistic sectors like civil aerospace and internal security. In 2016 these were amended to apply to acquisition cases of    Rs 2000 crore and above, excluding those under the Inter-Governmental Agreement (IGA) with Russia or the Foreign Military Sales (FMS) route with the US Government. The recent amendments in July 2020 amend the objectives to delete services, civil aerospace and internal security sectors. While the policy document has not mentioned the reasons for these changes, it appears apparent that the need for the changes flows from the need to focus on promoting manufacturing.

Of the 54 offset contracts valued at 11.79 bn USD signed till 2019, 32 related to the IAF, 15 to the Navy and 7 to the Army amounting to 11.80 bn USD. The discharge obligations amounted to Rs 3.60 bn USD. Excluding one longest implementation duration contract till 2024, the actual discharge was only 1.68 bn USD entailing penalties of 38.19 million USD. While the number of Indian Offset Partners (IOPs) was 171, approximately 87% of the discharge was by only 15 IOPs with 5 of them accounting for over 50%. Significantly, over 90% of the discharge obligation pertained to direct purchase of products and services, not manufacturing as envisaged by the policy. A recent report of the Comptroller and Auditor General (CAG) has understandably commented adversely on the scheme.

The new offset policy has been issued as part of the comprehensive amendments to the Defence Procurement Procedure (DPP) 2016 which has itself been renamed the ‘Defence Acquisition Policy 2020’. Insofar as ‘acquisition’ denotes a strategic activity whereas ‘procurement’ is more operational in connotation, this signals the Government’s positive intent, at least in aspirational terms. While the threshold of Rs 2000 crore for acquisitions to attract offset remains unchanged as does the 30% obligation, the policy makes new ground in terms of multipliers allowed. The intent is to promote manufacturing and attract the transfer of technology. Multipliers to facilitate technology transfer, attract FDI and promote export of finished products and not merely parts and components through higher multipliers of 2, 3 and 4 for investment and technology transfer have been introduced. The provision of a negative multiplier of 0.5% on purchase or export of parts and components is novel and appears intended to encourage defence manufacturing. The duration of discharge of obligations has also been modified to be completed within two years beyond the end of the main contract, excluding the warranty period. Avenues for the discharge of offsets have been reduced from six to five, with ‘investment in kind’ (introduced in DPP 2013) deleted and transfer of technology given priority by permitting Original Equipment Manufacturers (OEMs) to obtain direct credit. From the perspective of the other major stakeholders, the OEMs, there is now greater flexibility in identifying IOPs after signing of the offset contract. Fulfilment of offset discharge by entities other than the main offset provider and it’s Tier I sub-vendors has also been allowed to enable subsidiaries/sister companies to fulfil discharge obligations on their behalf. ‘Banking’ of offsets, introduced in 2008 has been discontinued. Offset contract negotiation by the Acquisition Wing of the Ministry and monitoring by the Defence Offsets Management Wing (DOMW) under the Department of Production has also been retained. Greater transparency and accountability of the government is attempted through an on-line process for reporting and monitoring of offset discharges and the institution of a dispute settlement mechanism through Independent Monitors (IM).

These are indeed steps in the right direction. Government has done well to balance the requirements of promoting defence manufacturing with the expectations of the OEMs. The timing is right in that it sends the right signals in moving to a more Atma Nirbhar Bharat through a firm ‘vocal for local’ call of the Prime Minister. The deletion of services, civil aerospace and internal security sectors indicates firm manufacturing for defence vector. Inclusion of MSMEs in the multipliers will enable the promotion of the defence and aerospace manufacturing ecosystem and similar incentives for the two Industrial Corridors announced in 2017 provides coherence to Government’s intent.

While the success or otherwise of these initiatives will play out over time, some aspects of the policy need assessment right away. The policy excludes acquisitions under the Government to Government (G2G) or IGA/FMS routes as also single vendor cases under competitive bidding. The offset threshold remains Rs 2000 crore. The DAP 2020 also provides for leasing of military equipment, hardware and platforms as per operational requirements in addition to ‘Buy’ and ‘Make’ categories to obviate large initial capital outlays, avoid equipment obsolescence, ensure the expedited acquisition of capability and reduce administrative costs. With the Long Term Procurement Plan (LTPP) of the Services largely exceeded leaving little or no headroom for fresh acquisitions, and likely to shrink unless the pandemic impacted economy can find more fiscal space, the future for capital acquisitions is limited. Where will this leave the potential for offsets to flow?

Offsets are not a silver bullet but they offer an option to build and support a defence industrial base. The present offset policy offers a framework that should boost the confidence of OEMs and IOPs. Foreign OEMs should be enthused by the policy to view offsets, not as a contractual burden but a tool to leverage their competitive advantages. Their legacy view of offsets as a ‘pay to play’ instrument needs to change to one of an enabler which can help them gain entry into markets through joint production and technology sharing. Hopefully, it will also prevent the ‘loading’ of contracts to balance costs that have plagued contracts and led to the conclusion that foreign OEMs make various commitments to qualify for the main supply contract but subsequently do not remain earnest about fulfilling these commitments.

Given that Indian defence manufacturing emerged from the old British template, the Ministry needs to consider other models of defence modernization, including UK’s Defence Equipment & Support (DE&S) which not merely shops for new platforms and technologies based upon operational requirements but also scans the environment for contemporary and futuristic weapon systems and seeks to acquire/produce them and provide an industry interface. It also acts as a Directorate of Disposals for equipment that needs to be phased out by identifying countries that may require such obsolete equipment. This enables meeting an important area of defence diplomacy too. The defence cannot be a business as usual sector nor can laissez-faire be allowed to be its leitmotif. The Ministry has studied these options; there is a need to act quickly on it.

The Ministry of Defence should not prepare to fight old wars better since new wars will be different. Defence acquisition is fundamental to national security. It is one of the main functions of the Ministry of Defence, though not the only purpose. An acquisition system based on contractual arrangements will hardly promote industrial competitiveness, leave alone defence and deterrence policy. Therefore, if offsets are to succeed, there is a need to address some larger issues as well.

It is time the Ministry of Defence also addresses the institutional disconnect in the handling of offsets. The DAP 2020 which mandates offsets as part of the process of acquisition is under the Director-General of Acquisition, a part of the Department of Defence. However, the implementation of the offset obligations is monitored by the Department of Defence Production (also under the Ministry of Defence). There is, therefore, no real ownership of the offset discharge by the IOPs which needs an examination of the architecture of acquisition. It is perhaps time that offsets are monitored by the acquisition wing which negotiates the offset contracts. This will give the arrangement an anchor in the Ministry and make the IOPs accountable. It will also provide industry an independent point of contact rather than the Department of Defence Production which is largely focussed on the factories under the Ordnance Factory Board or the 9 Defence PSUs. The promise of offsets will otherwise continue to fall between two boats.