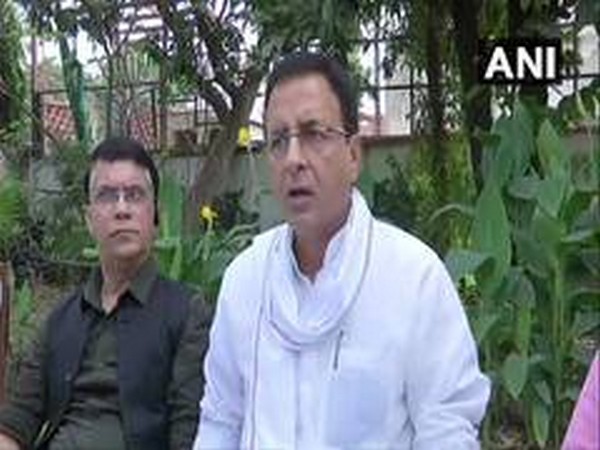 New Delhi [India], July 3 (ANI): The Congress on Saturday demanded an inquiry by a Joint Parliamentary Committee (JPC) inquiry into the Rafale deal after France initiated investigations into alleged corruption in the Rs 59,000 crore Rafale deal signed with India in 2016 for the sale of 36 Dassault-built fighter jets.

The Congress said that it will also take up this matter in the upcoming Parliament session.

Congress General Secretary Randeep Surjewala said that with the commencement of the investigation into the Rafale deal in France and the latest revelations in this case, Congress and Rahul Gandhi have been proved right.

Surjewala questioned whether Prime Minister Modi would submit to a JPC probe.

Surjewala said, “On June 14, the French Public Projection Service (PNF) has started an investigation into the corruption and illegitimate influence in the Rafale deal. In this, the former and current President of France will be investigated, as well as Anil Ambani’s company Reliance is also under investigation.”

Surjewala said that the UPA government had negotiated to purchase the aircraft at a much lower price but the current government had bought it at a manifold higher rates.

“When Rahul Gandhi raised questions on this, instead of answering, the government made fun of it. We did not go to court because the court is not able to investigate it. When France set up an investigation assuming that there was a mistake in the first place, then should there not be an investigation in the country where the scam actually took place? Surjewala said that it is a matter of national interest not BJP vs Congress. Therefore, there should be a JPC investigation to reveal who is guilty,” he said.

Surjewala, quoting French website Media Part, said that in the Rafale purchase, the Indian government at the behest of Dassault and the French government had also removed the mandatory anti-corruption rules in defense deals, adding to the suspicion.

He further said that the layers of corruption have been exposed in the Rafale deal.

“The defrauding of the government treasury and the opposition to the interest of the country has come to the fore. The question is whether Prime Minister Modi will come forward and get the investigation of the Rafale scam done by JPC?” he questioned.

However, BJP has already rejected Rahul Gandhi’s allegations. The government has also got a clean chit from the Supreme Court on the Rafale deal. Most importantly, in the Lok Sabha elections, the public also did not pay attention to the allegations of Congress and the slogan “Chowkidar Chor Hai”. But if the allegations of corruption are proved in the investigation that has begun in France, then it may be difficult for the Modi government to answer. (ANI)