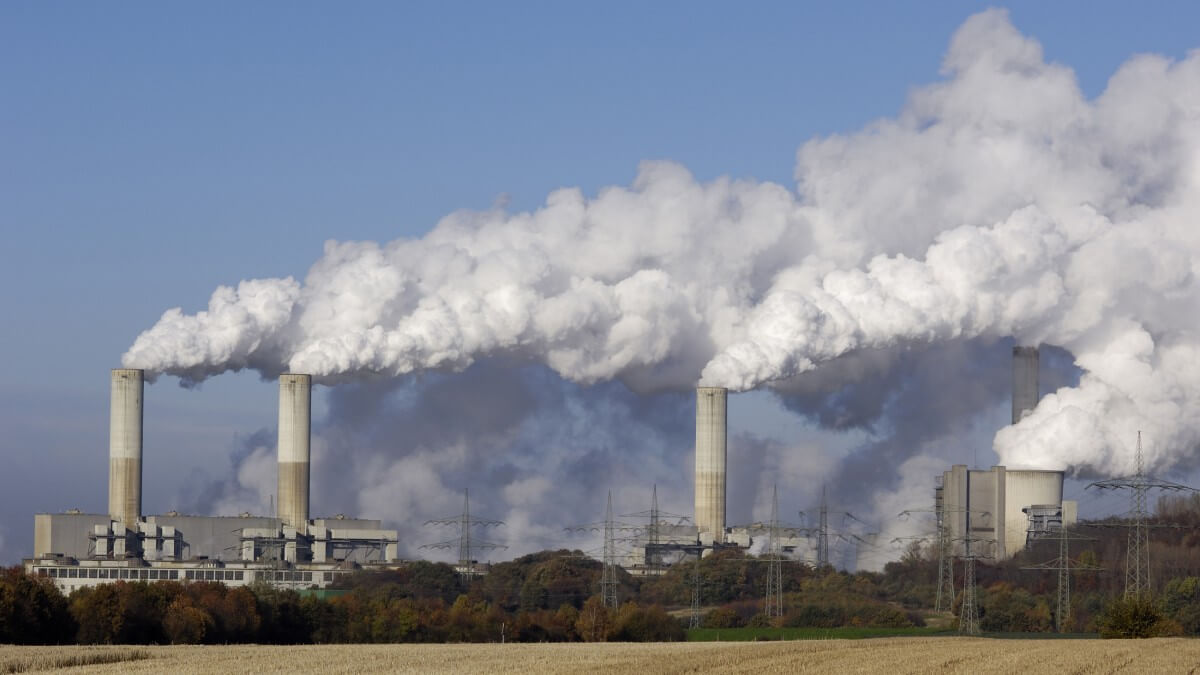 The Intergovernmental Panel on Climate Change (IPCC) invented a new phrase, “Climate Chaos” to describe the situation in its latest report to assert that climate change is “widespread, rapid and intensifying”. It had no new revelation to shock the world, but it deprived the Indian Prime Minister of the first headline that day on his address to the UN Security Council. His warning about maritime security was drowned out by the prophecy of doom on account of climate chaos. It said that many of the changes observed in the climate are unprecedented in thousands, if not hundreds of thousands of years, and some of the changes already set in motion—such as continued sea level rise—are irreversible over hundreds to thousands of years.

The scientific evidence was always there that anthropogenic emissions of greenhouse gases will ring the death knell of the earth. But what the report reveals is the inadequate response of the international community to the impending disaster. The Paris Agreement has turned out to be a hoax that President Trump and several others had called it. Even if the Paris Agreement is fully implemented, the earth will be too hot to live in.

The hopes raised by the Stockholm Conference of 1972 and the historic Rio Summit of 1992 were shattered in Copenhagen in 2009, when Kyoto Protocol was repudiated and buried in Paris in 2015. The greedy industrialised nations insisted on continuing their “luxury emissions”, while depriving the developed nations of their “survival emissions”. Some of the following fundamental principles adopted in Rio were deliberately abandoned in Copenhagen to alter the path laid out in 1992.

1.   Common but differentiated responsibilities.
2.   Mandatory reduction of Greenhouse gases for developed countries. No mandatory reduction for developing countries.
3.   Right of developing countries to increase emissions.
4.   Developed countries should meet the “incremental costs” for adopting environment friendly technologies.
5.   Financing and concessional transfer of technology.
6.   Per capita emissions should be taken into account for calculating GHG emissions by various countries.

The basic terms of the Copenhagen Accord were brokered directly by a handful of key country leaders on the final day of the conference. It took nearly another full day of tense negotiations to arrive at a procedural compromise allowing the leaders’ deal to be formalized over the bitter objections of a few governments.

The key elements of the Copenhagen accord included an aspirational goal of limiting global temperature increase to 2 degrees Celsius; a process for countries to enter their specific mitigation pledges by January 31, 2010; broad terms for the reporting and verification of countries’ actions; a commitment by developed countries for $30 billion in 2010-2012 to help developing countries; and a goal for mobilizing $100 billion a year in public and private finance by 2020. The accord also called for the establishment of a new Green Climate Fund.

The Paris Agreement brought all nations into a common cause to undertake ambitious efforts to combat climate change and adapt to its effects, with enhanced support to assist developing countries to do so. As such, it charted a new course in the global climate effort. The Paris Agreement’s central aim was to strengthen the global response to the threat of climate change by keeping a global temperature rise this century well below 2 degrees Celsius above pre-industrial levels and to pursue efforts to limit the temperature increase even further to 1.5 degrees Celsius.

Additionally, the agreement aims to strengthen the ability of countries to deal with the impacts of climate change. To reach these ambitious goals, appropriate financial flows, a new technology framework and an enhanced capacity building framework will be put in place, thus supporting action by developing countries and the most vulnerable countries, in line with their own national objectives. The Agreement also provides for enhanced transparency of action and support through a more robust transparency framework.

The Paris Agreement requires all Parties to put forward their best efforts through nationally determined contributions (NDCs) and to strengthen these efforts in the years ahead. This includes requirements that all Parties report regularly on their emissions and on their implementation efforts. In 2018, Parties took stock of the collective efforts in relation to progress towards the goal set in the Paris Agreement and informed the preparation of NDCs. There is also be a global stocktake every 5 years to assess the collective progress towards achieving the purpose of the Agreement and to inform further individual actions by Parties.

The Paris Agreement moved away from the principle of common but differentiated responsibilities and all countries were placed on equal footing by making reduction of greenhouse gas emissions voluntary. The Nationally Determined Contribution (NDC) so far submitted will not result in the desired objective of limiting increase of global warming to below 2 degrees Celsius.

According to the IPCC report, it could take 20-30 years to see global temperatures stabilize. The report provides new estimates of the chances of crossing the global warming level of 1.5 degrees Celsius in the next decades, and finds that unless there are immediate, rapid and large-scale reductions in greenhouse gas emissions, limiting warming to close to 1.5 degrees Celsius or even 2 degrees Celsius will be beyond reach.

The report shows that emissions of greenhouse gases from human activities are responsible for approximately 1.1 degrees Celsius of warming since 1850-1900, and finds that averaged over the next 20 years, global temperature is expected to reach or exceed 1.5 degrees Celsius of warming. This assessment is based on improved observational datasets to assess historical warming, as well progress in scientific understanding of the response of the climate system to human-caused greenhouse gas emissions.

The report projects that in the coming decades climate change will increase in all regions. For 1.5 degrees Celsius of global warming, there will be increasing heat waves, longer warm seasons and shorter cold seasons. At 2 degrees Celsius of global warming, heat extremes would more often reach critical tolerance thresholds for agriculture and health, the report shows.

The IPCC report is a reality check and a strong warning signal. But it will serve its purpose only if the industrialised nations change their mindset and return to the Rio principles of climate justice. It is not the lack of scientific evidence or data that inhibits progress, but the reluctance of developed nations to change their lifestyle of conspicuous consumption to make life sustainable. It does not appear that climate change can be halted by conventions, protocols or agreements.

Ultimately, science may have to step in and find the technology to remove greenhouse gases from the atmosphere and put it to some productive use rather than expect negotiations to lead to zero carbon economies.