China’s Possible Annexation of Taiwan: A Trade and Strategic Analysis 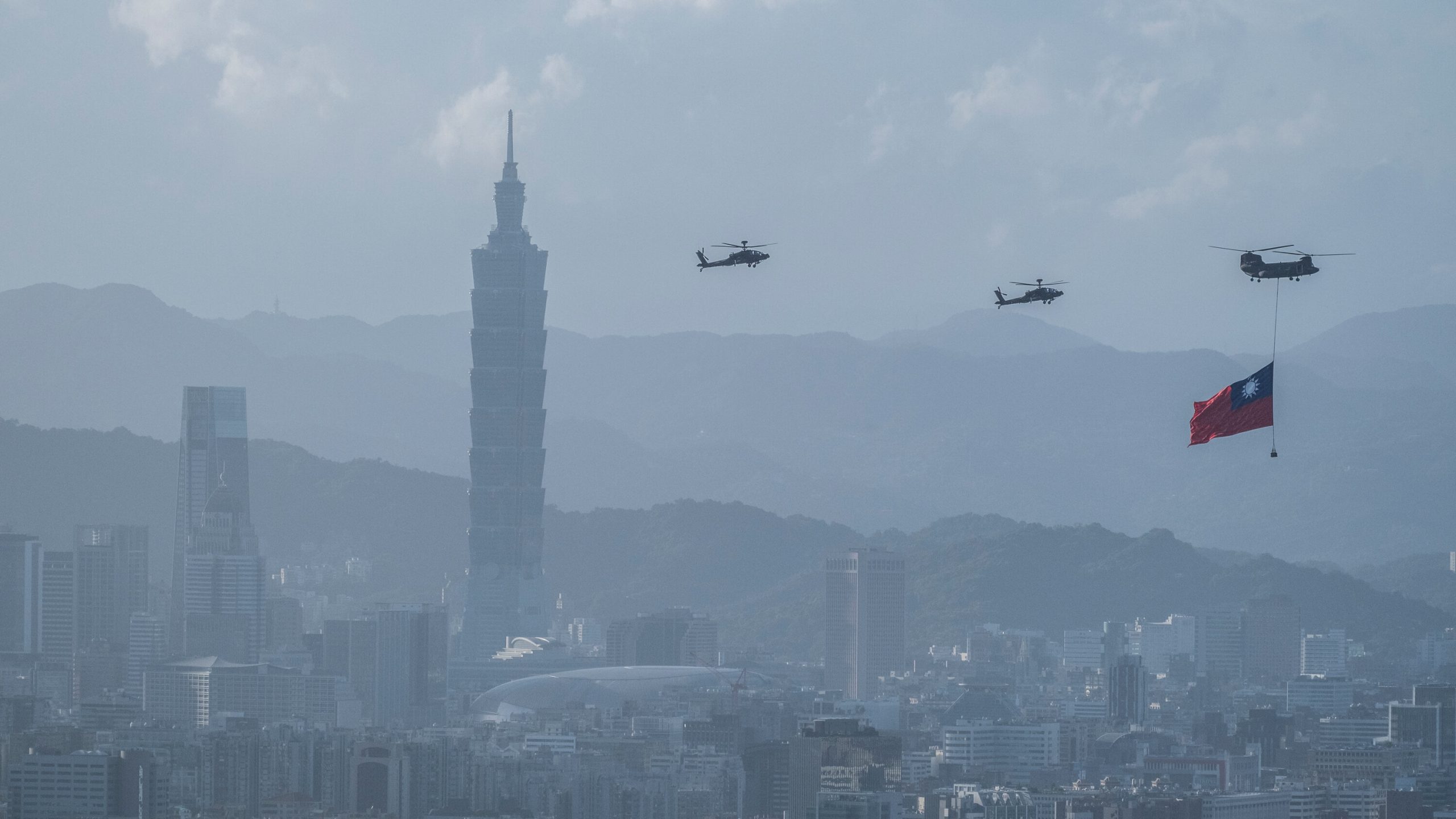 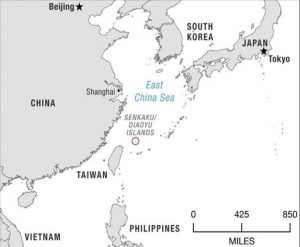 There has been growing speculation of a Chinese invasion of Taiwan, with increased PLA, PLAN and PLAAF exercises in the region and the US overtly signaling support to Taiwan – the recent high-profile visit by Nancy Pelosi being one of the significant ones. The “Taiwan Factor” deserves due attention to determine and understand Taiwan’s strategic significance, whether as an industrial giant or as a vantage point in southeast-Asia that commands the world’s busiest sea lanes.

Though uninhabited during the 16th century, the island of Taiwan (formerly and popularly Formosa) was frequented by passing fishermen, European sailors, merchants, and pirates. The Dutch were the first settlers of Taiwan, with the Dutch East India Company establishing a base in 1624; where it produced rice and sugar by employing Chinese labourers. The controlling authority of the island changed in 1662 when Ming loyalists, who were fleeing the Manchurian conquest, ousted the Dutch from the island and established control over it.

Subsequently, Taiwan was declared a province of the Qing Empire in 1885, but the Qing’s had to cede Taiwan to Japan in 1895 due to their defeat in the First Sino-Japanese War. A few decades later, Chinese revolutionaries overthrew the Qing dynasty and established the Republic of China (ROC) on mainland China. The Japanese were eventually defeated in 1945 and the ROC accepted their surrender, assuming full control over Taiwan.

The year 1948 saw a civil war between the Kuomintang-led ROC and the Chinese Communist Party (CCP), resulting in the ROC government relocating to the Island of Taiwan in 1949. The ROC fended off a Chinese invasion and continued with business as usual to develop the island’s economy and establish trade and foreign relations.

In 1971, The United Nations General Assembly (UNGA) recognized the People’s Republic of China (PRC) as the only legitimate representative of China (UNGA Resolution 2758) at the UN. This delivered a blow to Taiwan’s ambitions of independence and democracy, resulting in the ROC withdrawing from the UN. To date, China uses historic claims and PRC’s interpretation of the 1992 Consensus (a political term referring to the alleged outcome of a meeting in 1992 between the semi-official representatives of the People’s Republic of China (PRC) of mainland China and the Republic of China (ROC) of Taiwan) coupled with the UNGA resolution, to justify its claim over Taiwan; with Xi Jinping stressing its reunification for “national rejuvenation.”

Presently, Taiwan is a highly developed market economy driven by an advanced industry in electronics, machinery and petrochemicals; with an expected per capita nominal GDP of $ 34,000 in 2022 (as compared to India’s $ 2000). The sectors which contribute the maximum to its GDP are industry, agriculture and services. The country is heavily dependent on exports with almost 50% of trade and shipments going to China and the rest to US, Japan, ASEAN, etc. Due to a lack of natural resources, Taiwan is heavily reliant on imports to meet its domestic energy demands, with 98% of consumed energy coming from overseas.  Thus, Taiwan is economically extremely sensitive to global market fluctuations and a possible severance of trade ties by China. 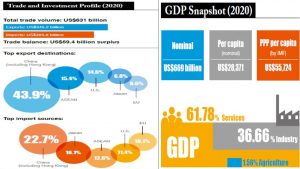 The nation is a global chip-hub and a major supplier of key electronic and mechanical components, with its total shipments accounting for 2.1% of global exports in 2021. Taiwan’s imported energy dependent economy makes it vulnerable to persistent shortages and consequent long-term industrial shutdowns which will, in turn, impact the local employment and labour force. Internationally, this scenario can affect the supply of Taiwan produced key components to the rest of the world, causing global shortages and slowdowns in related sectors.

The above presented scenario is what China would most preferably exploit, by blockading Taiwan to starve it of key resources and revenue. Having invested in and developed defence and maritime capabilities, China often attempts to project power and capabilities by enacting such scenarios in the waters around Taiwan and by violating the Air Defence Identification Zone (ADIZ).

From a purely trade and economic perspective, Beijing’s annexing of Taiwan would not cause much change in Taiwan’s local economy and world supply chains, except for during the intermediate period of militarily blockading Taiwan. It would, in fact, give China access to world class production facilities and expand its pre-existing industrial base. However, in case of a violent conflict, global shortages and damage to the local Taiwanese economy can be severe and long-lasting due to the expected destruction of key infrastructure, a scenario synonymous with Russia’s special military operations in Ukraine.

Viewing Taiwan’s importance from a larger perspective, one realises that Taiwan’s prominence as a global supplier is outweighed by the importance of a larger role it plays in the region. Hypothetically, once Taiwan is integrated with China, it would be treated as yet another province and used for furthering economic purposes, not affecting international trade in the long run. But militarily, it could ring warning bells for the US and its allies who are trying to counter China and maintain a balance in south-east Asia.

Strategically and geographically, Taiwan has been a key high ground for control and power projection over south-east Asia. It was used by the Japanese during the second world war as an important base for launching attacks over east Asia, controlling logistics and supplies, as well as all shipping lanes in the region. The only other entity in the region with similar geographic and strategic importance, as per reports, is Singapore. 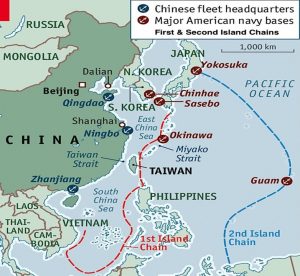 The US realised this and implemented the Island Chain Strategy after the second world war. It established a string of Naval bases like Yokusuka and Okinawa and Guam to contain the erstwhile USSR and China, with Taiwan being the jewel in the crown. Taiwan’s location was and is pivotal, effectively being at the intersection of east and South-East Asia and within striking distance of all potential targets in east and South-East Asia.

If China gains control over the island nation, it would increase its aerial reach by 150 nautical miles (nm) further seaward, bringing key US and allied bases in the second island chain also within striking range, potentially creating a deadlock and disrupting the fabric of stability in the region. Presently, Taiwan acts as a deterrent, by keeping mainland China (its cities, ports and facilities) within striking distance of US and allied assets. For China, Taiwan is a gateway to east Asia and once compromised, will bring the world’s busiest sea lanes under its control; along with strengthening its claims in the South China Sea and the Taiwan Strait.

While discussing scenarios about China’s invasion, it may not be appropriate to compare it to the ongoing Russia-Ukraine conflict. Though there are numerous similarities that can be drawn between the two, the key difference is that the zone of conflict is predominantly maritime, and the US maintains an active presence in south-east Asia, ensuring its umbrella of protection along with incentivizing and strengthening regional alliances. The world can expect joint deterrence to the Chinese threat in the region as long as countries in south-east Asia are backed by the Americans; withdrawal of which will cause regional players such as Vietnam, Philippines and Taiwan to lose wind under their sails and give in to “the Red Dragon’s” coercion.

It is clear that in the Taiwan case, strategic and territorial freedom in the region implies sound trade and economy.

Role of US in keeping China at bay

In the most recent of statements, the US President, in September 2022, reassured Taiwan of his unwavering stance on providing military support to defend Taiwan against Chinese aggression. This statement was reiterated when US and Canadian Naval warships jointly passed through the Taiwan strait on 20 September 2022, an open challenge to China’s expansionist and aggressive ambitions.

The US President’s stance is a clear walk away from the originally recognised “One country, two systems” which the US and the international collective had officially agreed upon. With the US leading the charge in shifting stance and openly supporting the Taiwanese cause, the allied powers are sure to further this narrative too. This helps Taiwan in its continued stand against China and gives regional players the collective strength to stand up to China’s hegemony in the region.

With moral justifications and upholding international balance apart, the US has more pressing objectives to address with regards to China. With China coming to the centre stage in world economics, trade and military might, the US feels its days of economic dominance and dictating international agendas is numbered. It is, thus, fielding China’s immediate neighbours against it in a bid to keep China’s growth in check. Thus, the US’ anti-China agenda serves two purposes – of buying itself more time on the world stage and ensuring China’s economic and military might does not exceed its own.

From the above explained scenarios, cases and historic evidence, it can be established that Taiwan’s strategic and tactical value exceeds its economic significance in general. To counter China, the US will have to shed its reliance on cold war era tactics of power projection and military might and combat China in the multiple arenas that it has entered, ‘the modern frontiers of war,’ and explore combinations of economic, trade, diplomatic, covert and military solutions to keep China at bay and prevent world order from relying on the final resort of picking sides. 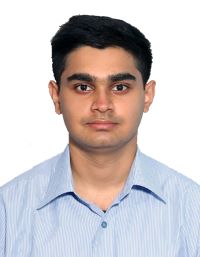 Akshit Ramanathan is a scholar pursuing B.A. (Honours) Economics from Atma Ram Sanatan Dharma College, University of Delhi. He is also pursuing a diploma in International Affairs and Diplomacy from the Indian Institute of Governance and Leadership (IIGL).

Oct 14, 2022
A great insight into the significance of Taiwan, and how it affects the global politico-economic order! Editing the complex history of the who controlled the State of Taiwan from 1600s to the current day in such a concise manner was especially great! Kudos!

Oct 12, 2022
An interesting perspective and dissection of the importance of Taiwan as a strategic location in world politics. The author deserves appreciation for having given his bold view on this hot topic.