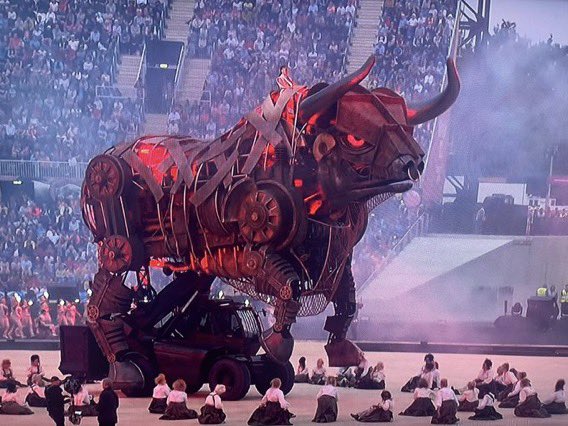 Birmingham, Jul 28 (PTI) The opening ceremony of the 22nd Commonwealth Games began here on Thursday amid much fanfare and in front of an estimated 30,000 spectators, showcasing the very best of Birmingham and the whole of the UK.

Drummer-percussionist Abraham Paddy Tetteh started things off at the Alexander Stadium, and then, Indian classical vocalist and composer Ranjana Ghatak took the lead, the section intended to showcase the diversity of the city.

The Games, set to be the biggest and most expensive sporting event in the UK since the 2012 London Olympics, have had to deal with the adverse impact of the COVID-19 pandemic.

It comes almost 10 years to the day since the much-acclaimed opening ceremony of the London Games.

The opening act marked the beginning of 11 days of sporting action in the city, with 19 events over 15 venues in the West Midlands. Seven of those events will be contested in Birmingham, the UK’s second-largest city with a population of 1.15 million.

The UK is hosting the mega event for the third time in the last 20 years with the Commonwealth Games Federation (CGF) unable to attract new bidders out of the 56 countries that make up the sporting body due to cost constraints.

Having stepped up to host the Games after South African city Durban pulled out because of financial constraints, the organisers went ahead without any change in the original schedule at a time when both the the 2020 Tokyo Olympics and this year’s Asian Games were postponed by a year owing to COVID-19.

As far as India is concerned, its double Olympic medallist badminton ace PV Sindhu and Indian men’s hockey team captain Manpreet Singh were chosen as the country’s flag bearers for the opening ceremony.