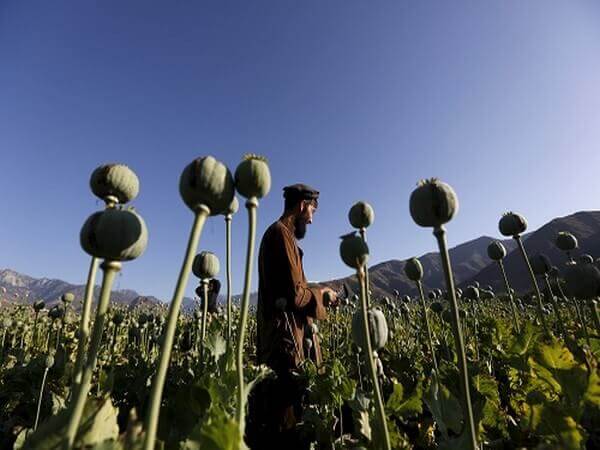 Kabul [Afghanistan], July 2 (ANI): Afghanistan has witnessed a 45 per cent surge in poppy cultivation and drug smuggling this year when compared to the same period last year, the Afghan deputy minister of counter-narcotics said on Thursday.

Afghanistan, which infamously produces 80 per cent of the world’s opium, is currently cultivating poppy on more than 200,000 hectares of land in different regions of the country, TOLO news reported.

This development comes amid a surge in violence in recent weeks in the middle of the US drawdown from the war-torn country.

An Afghan interior ministry official said that they have burned 67 metric tons of drugs in Kabul on Thursday. “We burned some heroin, morphine, poppy, hashish and alcohol that is used in the production of heroin,” said Wahidullah Kalimzai, deputy minister of counter-narcotics.

“The structure of the commando forces must be expanded so that we are able to prevent smuggling by air and ground monitoring,” said Hashem Alokozai, a senator.

According to the Afghan news agency, in the last two decades, US has allocated USD 8 billion to counter the drug problem in Afghanistan.

The Afghan Health Ministry said that currently there are around 3.5 million addicts in Afghanistan. “The difference in the numbers between 2009 and 2016–900,000 in 2009 and 3.5 million now–indicates a rising trend,” said Zahir Sultani, the head of Ibn-e-Sina hospital, as quoted by TOLO.

Afghanistan has been among the world’s top illicit drug-producing countries. There are scores of drug addicts currently on the streets.

Multiple reports indicate that poppy cultivation and drug trafficking provide a big income source for the Taliban, mainly in the southern and northern parts of the country.

Meanwhile, the Afghan health ministry said that in order to overcome the problem, there is a need to curb drug trafficking. (ANI)