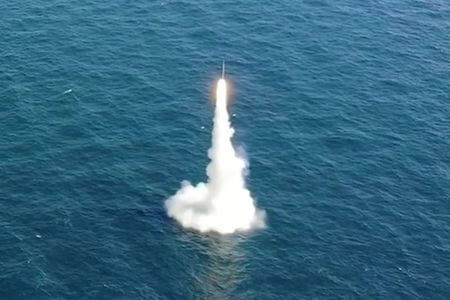 An accelerating arms race in the Indo-Pacific is all but guaranteed now that China finds itself a target of new security arrangements — AUKUS and the Quad — aimed at containing its power and influence. This has the makings of a new great game in the region in which rival powers are no longer in the business of pretending things can continue as they are.

The AUKUS agreement, involving Australia, the US and UK to counter China’s rise means a military power balance in the Indo-Pacific will come more sharply into focus. The region has been re-arming at rates faster than other parts of the world largely due to China’s push to modernise its defence capabilities. In their latest surveys, the London-based International Institute of Strategic Studies (IISS) and the Stockholm International Peace Research Institute (SIPRI) report no let-up in military spending in the Indo-Pacific. This is despite the pandemic.

SIPRI notes a 47% increase in defence spending in the Indo-Pacific in the past decade, led by China and India. China can be expected to respond to threats posed by the new security arrangements by further expediting its military program. It will see the formation of AUKUS as yet another attempt to contain its ambitions — and therefore a challenge to its military capabilities. Unambiguously, AUKUS implies a containment policy.

Likewise, the further elevation of the Quad security grouping into a China containment front will play into an atmosphere of heightened security anxiety in the Indo-Pacific. The four Quad participants – the US, Japan, India and Australia – have their own reasons and agendas for wanting to push back against China. After their summit last week in Washington, the Quad leaders used words in their joint statement that might be regarded as unexceptional in isolation.

All this has come together at the dawn of a new US administration whose members include several conspicuous China hawks, and at a moment when China has shown itself to be ever-willing to throw its weight around. Beijing’s crude campaign against Australian exports in an effort to bend Australia’s policy to its will is a prime example. It is doubtful an AUKUS or an invigorated Quad would have emerged without this development.

The Obama administration talked about pivoting to the Asia-Pacific without putting much meat on the bones. Under President Joe Biden, this shift will be driven by a hardening in American thinking that now recognises time is running out, and may already have expired, in the US ability to constrain China’s rise.

These are profound geopolitical moments whose trajectory is impossible to predict. Canberra is now a fully paid-up member of a China containment front, whether it wants to admit it, or not. In the process, it has yielded sovereignty to the US by committing itself to an interlocking web of military procurement decisions that includes the acquisition of a nuclear-propelled submarine fleet. Whether these submarines are supplied by the US or Britain is a bit immaterial since the technology involved originates in America. The submarines will not be available for the better part of two decades under the most optimistic forecasts. However, in the meantime, Australia could base US or British submarines in its ports or lease American submarines.

Meanwhile, Australia is committing itself to a range of US-supplied hardware aimed at enhancing the inter-operability of its military with the US. This is the reality of fateful decisions taken by the Morrison government in recent months. Such a commitment involves a certain level of confidence in America remaining a predictable and steadfast superpower, and not one riven by internal disputes. What is absolutely certain in all of this is that an Indo-Pacific security environment will now become more, not less, contentious.

SIPRI notes that in 2020, military spending in Asia totalled $US528 billion (A$725 billion), 62% of which was attributable to China and India. IISS singled out Japan and Australia, in particular, as countries that were increasing defence spending to take account of China. Tokyo, for example, is budgeting for record spending of $US50 billion (A$68 billion) for 2022-23. Australia’s defence spending stands a tick over 2% of GDP in 2021-22 at A$44.6 billion, with plans for further increases in the forward estimates. However, those projections will now have to be re-worked given the commitments that have been made under AUKUS.

Neglected in the flush of enthusiasm that accompanied the AUKUS announcement is the likely cost of Australia’s new defence spending under a “China containment policy”. It is hard to see these commitments being realised without significant increases in defence allocations to 3-4% of GDP. This comes at a time when budgets will already be stretched due to relief spending as a consequence of the pandemic.

In addition to existing weapons acquisitions, Canberra has indicated it will ramp up its purchases of longer-range weapons. This includes Tomahawk cruise missiles for its warships and anti-ship missiles for its fighter aircraft. At the same time, it will work with the US under the AUKUS arrangement to develop hypersonic missiles that would test even the most sophisticated defence systems.

Many other Indo-Pacific states can now be expected to review their military acquisition programs with the likelihood of a more combative security environment. Taiwan, for example, is proposing to spend $US 8.69 billion (A$11.9 billion) over the next five years on long-range missiles, and increase its inventory of cruise missiles. It is also adding to its arsenal of heavy artillery.

South Korea is actively adding to its missile capabilities. This includes the testing of a submarine-launched ballistic missile. Seoul has also hinted it might be considering building its own nuclear-propelled submarines (this was among President Moon Jae-in’s election pledges in 2017). Signs that North Korea may have developed a submarine capable of firing ballistic missiles will be concentrating minds in Seoul.

All this indicates how quickly the strategic environment in the Indo-Pacific is shifting. Australia — perhaps more so than others — is the prime example of a regional player that has put aside a conventional view of a region in flux. It now sees an environment so threatening that a policy of strategic ambiguity between its custodial partner (the US) and most important trade relationship (China) has been abandoned.

The price tag for this in terms of equipment and likely continuing economic fallout for Australian exporters will not come cheap.

Oct 01, 2021
All of this spending because China won't respect her neighbors territory. When China whines about others defense spending, they only need to look in the mirror for the culprit.