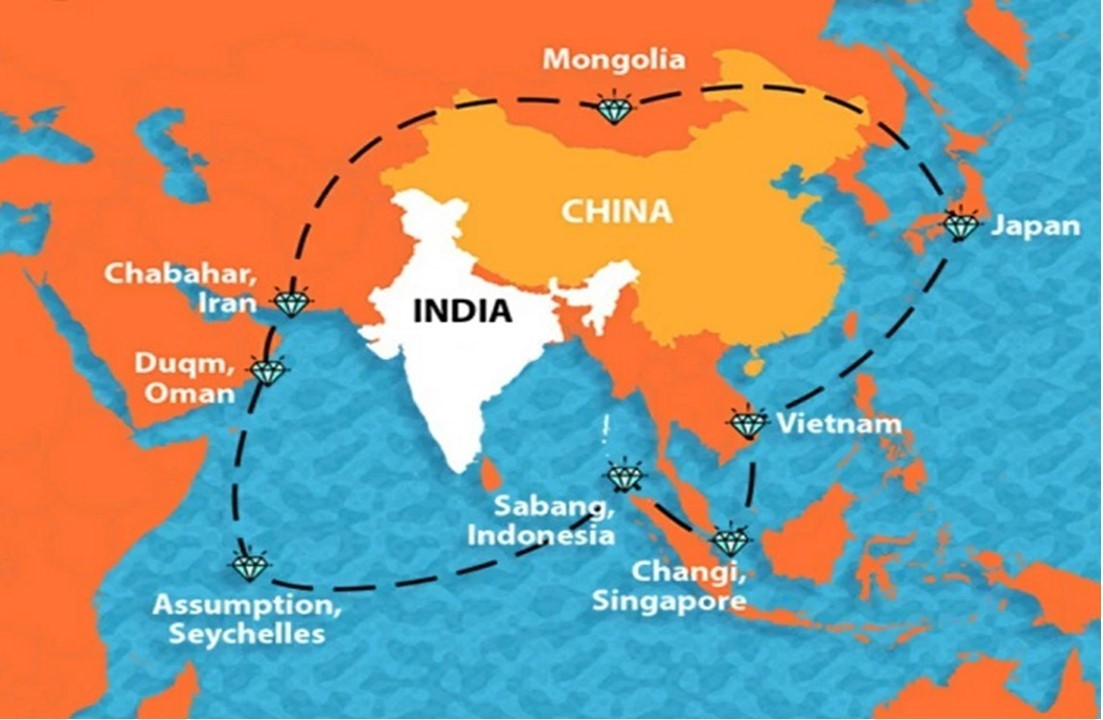 As India celebrates its 75 years of independence, there is a realization that much has been achieved since 1947. Today India can boast of being the fifth largest economy of the world having made giant strides in industrialization, infrastructure development and military modernization. India today exports goods and services to 75 countries of the world and has created a strong consumer demand base within the country. It has over a period of time expanded its global influence worldwide evident from the fact that our Prime Minister has visited 68 countries in the last eight years. It is therefore, important to understand, where we see India in the next three decades in terms of its relevance in world geo-politics and emergence as a world power.

To fully assimilate India’s growing importance, it is important to understand what exactly we mean by National Power. It basically is a manifestation of a nation’s military might, economic strength and diplomatic reach. These factors get co-related with the strategic location of the country, its industrial growth, infrastructure development, technological capabilities, leadership and political stability. It is therefore important to analyze all these factors before we could make any major deduction on India’s growing prowess as an emerging power.

India’ economic growth has been significant since independence. The share of Indian economy is 7.5% of the world economy in PPP terms. India’s economy is forecast to grow by 7% this year, making it the 5th largest in the world, the International Monetary Fund (IMF) says. It was the world’s 11th largest economy a decade ago. The IMF sees India having the world’s 4th highest GDP by 2027.

The long-term growth perspective of the Indian economy remains positive due to its young population and corresponding low dependency ratio, healthy savings, and investment rates, increasing globalization in India and integration into the global economy. Nearly 70% of India’s GDP is driven by domestic private consumption. The country remains the world’s sixth-largest consumer market. Apart from private consumption, India’s GDP is also fueled by government spending, investments, and exports. In 2020, pandemic had affected trade and India was the world’s 14th-largest importer and the 21st-largest exporter. Today, it ranks 37th on the Ease of doing business index and 28th on the Global Competitiveness Report.

Industry accounts for 26% of GDP and employs 22% of the total workforce. The government’s focus on manufacturing through programs such as ‘Make in India’ and policies such as the ‘National Policy for Advanced Manufacturing’, Industry 4.0 has played a key role in boosting the manufacturing sector’s share in the country’s GDP to 15%. This has to go up to around 25% in the coming years.

Today we need to realize that a nation who can control the commodities can rule the world. Therefore, to be self sufficient in gas, oil, coal, iron, steel, petroleum products and food grains will make a huge impact on our relevance in world affairs.

The key drivers of India’s military modernization were lessons learned from past wars, the changing regional and international milieu and the outlook and ambition of key decision makers. During the Bangladesh crisis, the US and China had acted threateningly towards India. The presence of the US aircraft carrier, Enterprise, in the Indian Ocean during the war had unnerved the Indian leaders, and subsequently shaped their strategic perception and outlook. This led to a major modernization drive to safeguard our maritime borders, which stretched up to almost 7500 kms.

The Indian Armed Forces has been undergoing rapid modernization over the years. There has been a progressive up gradation of our weapon systems and platforms in keeping with our threat perceptions.

As has said by Van Crevald (Technology and War), “The greatest victories that have been won in war do not depend upon a simple superiority of technology, but rather on a meshing of one side’s advantages with the other’s weakness so as to produce the greatest possible gap between the two.”

Modernization of armed forces is a complex process; it involves all the possible changes in the material capacity to meet the strategic objective. Modernization is the expression of the growth of national ambition. India is a responsible power in the multi-polar world. Currently, a dominant power in the Indian Ocean, south Asian region and as envisaged by Price Waterhouse Cooper, it is second-largest economy by 2050. There is the assigned role for India based on these perceptions.

How Military can Shape the Geo-Political Environment

Having discussed our military might and modernisation plans, it becomes important to understand how this military power can shape the geo-political environment as it prevails today.

When we look at a comprehensive national power (CNP) of a nation, its military power forms a very important component. This has to be viewed in terms of the size of its armed forces, its firepower, land, sea and air based systems, advanced air defence systems, technology and capability for surveillance and reconnaissance. It’s not enough for a nation to be able to defend itself but also to have the capability to strike at will into enemy territory as and when the need arises.

Today we see a great transformation in the nature of warfare. The conventional systems have given way to a hybrid concept wherein, cyber, space and information will be the key elements. The use of non-state actors will also get played upon to shape the conflict. A nation which possesses a military capability, in terms of having an arsenal of super-sonic and hypersonic missiles, an effective air defence system, stealth aircraft, nuclear submarines, aircraft carriers and at the same time have the nuclear weapons will be a force to reckon with. Apart from this it would also be important to project this military power beyond your seashores and therefore the need to establish military bases in proximity to friendly countries from where sustenance and support can be envisaged.

Once the military of a nation acquires these capabilities it would be in a position to shape the geo-political environment and become an important part of the now emerging multi-polar world.

The most important part of this military capability will be the maritime power. Tomorrow’s geo-political landscape will be shaped by the control of the sea. China has demonstrated this capability by its domination of the South China Sea and so has the US by its hegemony in the Indo-Pacific. Therefore, in our context the control and domination of the Indian Ocean becomes extremely important.

In the maritime domain, India has a tremendous geographical reach into the Indian Ocean. This provides naval dominance over the Sea Lanes of Communication that carry 80 percent of China’s oil imports. Since 2008, the PLAN has been sending warships in the Indian Ocean for anti-piracy missions, and in recent years, PLAN deployments in the Indian Ocean Region have averaged seven to eight warships every year. A Chinese military base in Djibouti and the development of ports at Gwadar in Pakistan, Hambantota in Sri Lanka, Payra in Bangladesh, and Kyaukpyu in Myanmar have added to Indian concerns. However, despite the increasing presence of PLAN in the Indian Ocean, it is generally accepted that as of now, “neither China nor Pakistan can seriously threaten India’s main axes of maritime approach”.

To enhance cooperation in maritime security, trade connectivity, infrastructure and economic development, India and Indonesia are jointly developing the strategic Sabang deep sea port which also lies close to the India’s southern most territory of Andaman and Nicobar Islands.

The port will give India better access to the South East Asia markets and provide a strategic hedge at a time China is increasing its presence in the Strait of Malacca (as also the larger Indian Ocean). India also has an airbase in Tajikstan at Gissar Military Aerodrome (GMA), India’s first overseas base operated along with Tajikistan and aimed at giving a strategic heft to their military operations and training. The GMA, popularly known as the Ayni airbase named after the village Ayni, is just west of the Tajik capital Dushanbe. It has been administered by India along with Tajikistan for nearly two decades.

In recent years India has adopted a very mature and pragmatic foreign policy based entirely on its own national interests. It has avoided getting into aligning itself with any power bloc. Today we find that in spite of the Ukraine war we have maintained excellent diplomatic and trade relations with both US and Russia. In recent times we have had regular engagements with France, Germany and Britain which has helped strengthen our ties with the West. We have made strategic adjustments in the Indo-Pacific region and QUAD was revived. We have also formulated large number of MOUs and strategic agreements with both Australia and Japan giving the necessary teeth to our combined might.

India has also made a great overreach to the gulf countries by engaging countries like UAE, Saudi Arabia, Kuwait, Oman and Bahrain at regular intervals.

India- Africa relations have undergone a paradigm shift. These relate to the pre-colonial era. We have recently opened 18 new Indian missions in Africa. We have announced a line of credit facility for African nations in the field of IT, Education and infrastructure. Our military trade with Philippines, Indonesia and Vietnam is on an upswing with the exports of Brahmos and Akash missiles. India has also adopted a “Neighbourhood First Policies” and has been liberal in extending aid with Sri Lanka being a recent example.

It has also played an active role in neighbourhood regional organizations including the SCO, SAARC, BIMSTEC, as well as in the East Asia summit and other groupings centered on ASEAN. So far, the Modi’s government has deftly combined politico-strategic concerns with economic advantages.

Coupled with this, India’s military might as well its nuclear capability will also play a key role in shaping up our role in a multipolar world. There are huge challenges ahead of us. 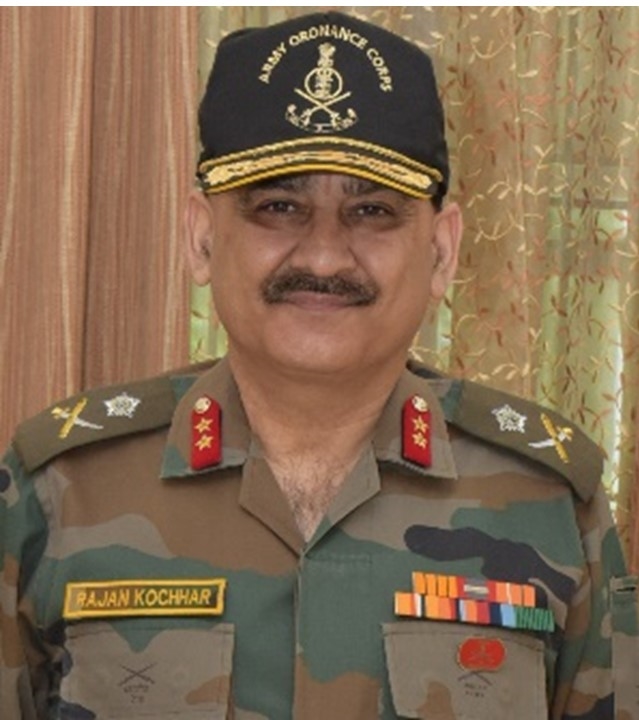