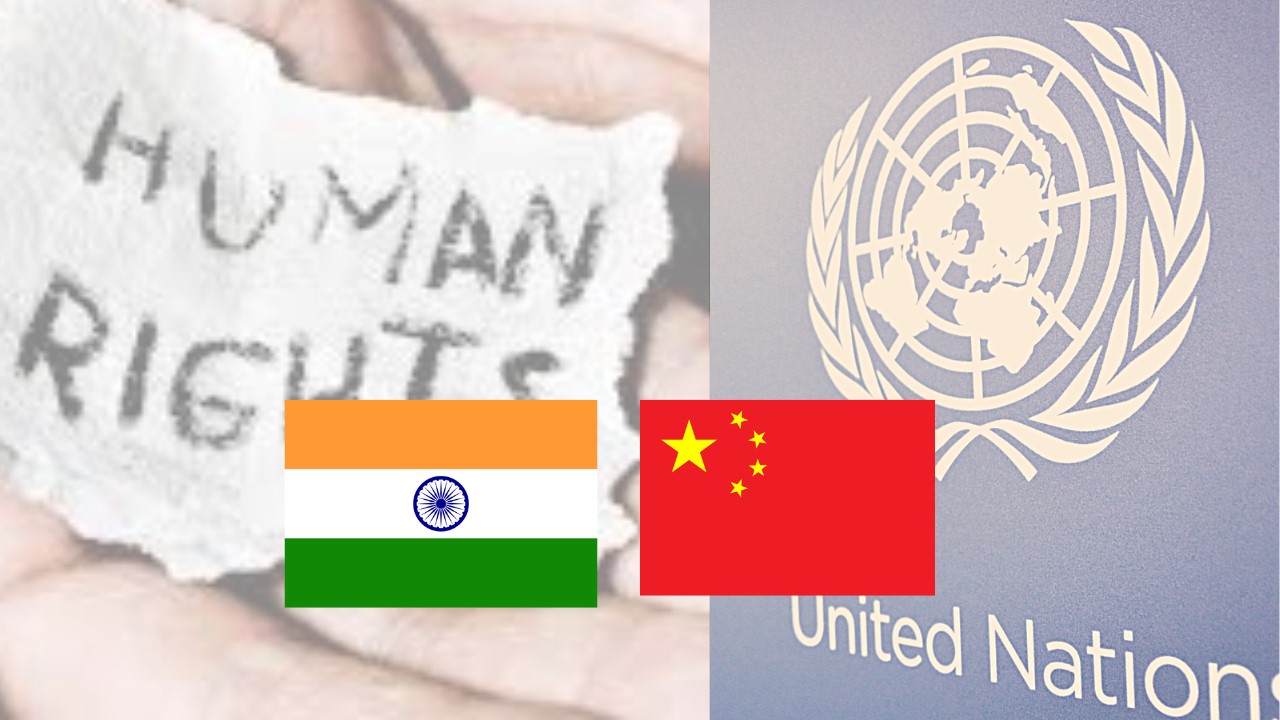 On 06 October 2022, India abstained from voting against China’s treatment of Uyghur at the UN Human Rights Council. This created a pandemonium in India against the Indian Government’s decision. The reality is – West under the guise of Human Rights, has been surreptitiously meddling in the internal matters of other countries. Albeit India has more than a single reason to abstain from voting on Uyghur issue.

On 07 October 2022, India released an official statement that, “The human rights of the people of Xinjiang Uyghur Autonomous Region should be respected & guaranteed”. This was India’s first ever statement on Uyghur issue.

Since the past few years, Europe and America have been attempting to push Human Rights into trade deals. In January 2021, in the British Parliament, the MPs debated on including Human Rights provisions in all future trade deals with India.

The topics on India discussed in the British Parliament included—spread of anti-conversion laws, “stripping citizenship rights” via NRC in Assam and CAA (Citizenship Amendment Act) and targeting Sikhs during farmer’s protest.

Any Indian citizen would be left flabbergasted at such discussions on India’s internal matters being debated in other countries. And why is it being connected to trade deals?

The agenda is as clear as the blue sky — use Human Rights as a coercive strategy to impose western rules over internal matters in India.

In 2007, when India was seeking a Free Trade Agreement (FTA) with Europe, a similar non-trade hurdle called “human rights provisions” had delayed the deal by six years. India had quit the discussions in 2013 and restarted another round of discussions on FTA eight years later, in 2021.

The main proponents of the “human rights provisions” are US, Canada and Europe. This is ironical as all these countries themselves have in the past been major Human Rights violators, be it racism against coloured people, slavery or kidnapping and forceful conversion of aboriginals.

It is the US, Canada, UK and few other European countries which wanted a debate on Uyghurs in United Nations as well.

“Today China is targeted, tomorrow any other developing country could be targeted,” said Chen Xu, China’s Ambassador to the United Nations in Geneva on 06 October 2022.

That resonated with a lot of countries and ergo 19 countries voted against the debate, 17 voted for it and there were 11 abstentions, including India. So, it was a very narrow escape for China.

Abstaining means it was neither a Yes nor a No from India’s side, against its own bitter adversary, China. This was the first time Human Rights council was targeting a permanent member of United Nations.

Pakistan and middle eastern countries like Qatar, both of which have been given the major NATO ally status and are extremely close US allies have voted against the discussion on Uyghur issue in UN. Indonesia, which has the largest Muslim population in the world, has also voted in support of China.

This was not the first time India abstained from voting against China on Uyghur issue.  Exactly three years ago on 31 Oct 2019, India had taken a similar step in UN. But that had happened before the Galwan face off at LAC in May 2020.

This was the reason why majority of the Indians expected India to go all guns blazing against China and pounce on the opportunity to vote against it in the UN. They were left disappointed.

One look at the recent burgeoning critique by European countries against India’s alleged Human Rights violations, should it make it easy for anyone to conclude that after China, India too can come under a similar hammer of Human Rights council, despite India’s excellent track record.

Two days ago, German Foreign minister faced flake for mentioning Kashmir in her speech and saying that Germany has a role to play in Kashmir issue. 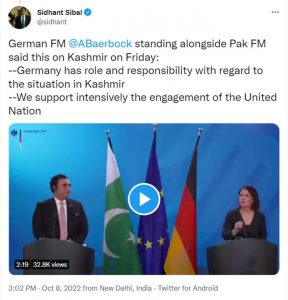 In November 2021, India along with Russia supported China’s hosting of the 2022 Winter Olympic and Paralympic Games in Beijing, defying calls from close allies like the United States and Britain for a political boycott in protest of alleged Human Rights violations.

But when China included a soldier who was involved in the Galwan face off against Indian troops, in the torch relay ahead of the opening ceremonies – India diplomatically boycotted it. 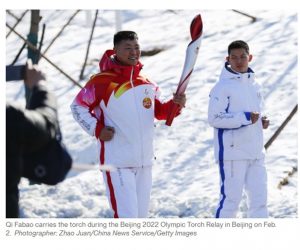 Later in February 2022, China’s foreign minister made a surprise visit to India. Adding to China’s objectionable conduct against India was the fact that in 2022 alone China blocked three proposals at UN on Pakistani terrorists.

Despite this Indian PM took part in BRICS summit in June and SCO summit in September where China too was a participant.

It is presumed that the new reserve, consisting of the currencies of the BRICS member-states will be an alternative to the International Monetary Fund’s Special Drawing Right (SDR).

China contributed the most to the GRC — $41 billion. Russia, India and Brazil contributed $18 billion each, and South Africa’s share is $5 billion.

The fact that Russia despite being the most sanctioned country in the world contributed same as India which is an American ally, is an indicator that India strongly wants to whittle down its dependence on dollars. For this, India needs China’s support.

With support for ‘de-dollarisation’, India is standing up against one of its close allies, America, whilst being neutral towards a belligerent China.

In the last few months America has irked India in many ways. America has approved a F-16 package worth $450 million for Pakistan, which was followed by Indian foreign minister’s retort—“you are not fooling anybody”.

American F-16 deal with Pakistan has been in the eye of the storm since 1980’s when Pakistan received its first F-16 fighter jets. In 1989, Western German intelligence had warned that Pakistan was altering F-16s to make them nuclear strike mission capable. Yet Pakistan never faced any retribution for its deeds from America.

Also, recently US ambassador visited Pakistan occupied Kashmir and referred to it as AJK or Azad Jammu and Kashmir. AJK, as Pakistan calls it, is a term India abhors as J&K is an integral part of India. 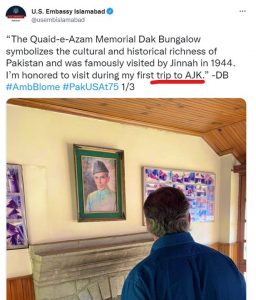 Despite this India and US are part of SOSUS (Sound Surveillance System) or the Fishhook, and together at the Malacca strait choke point, they keep a close watch on China’s civilian and naval ships. You can read more about India’s Fish-hook strategy here.

It was America which invited India to the I2U2 group, the other members of which are Israel and UAE. This corridor is of great importance to India. The author had explained the importance of I2U2 here.

Foreign affairs decisions cannot be myopic; the decisions are based on long-term strategy and enough thought goes behind a YES or NO.

Since it is beyond the realm of imagination of commonly discussed issues, foreign affairs/policy is considered a grey zone. One might get perplexed at the support Muslims of Azerbaijan shower at Jewish Israel. Au contraire in Armenia, which is a Christian country, a Muslim majority Iran is cheered for. The reason for the seemingly bizarre relations is business and long-term strategic planning. Till recently Japan and China too shared excellent trade relations despite being bitter to each other diplomatically.

There’s a lesson here and India has learnt its lessons well!