Teenage Terrorists of PLA in Manipur and the China Angle 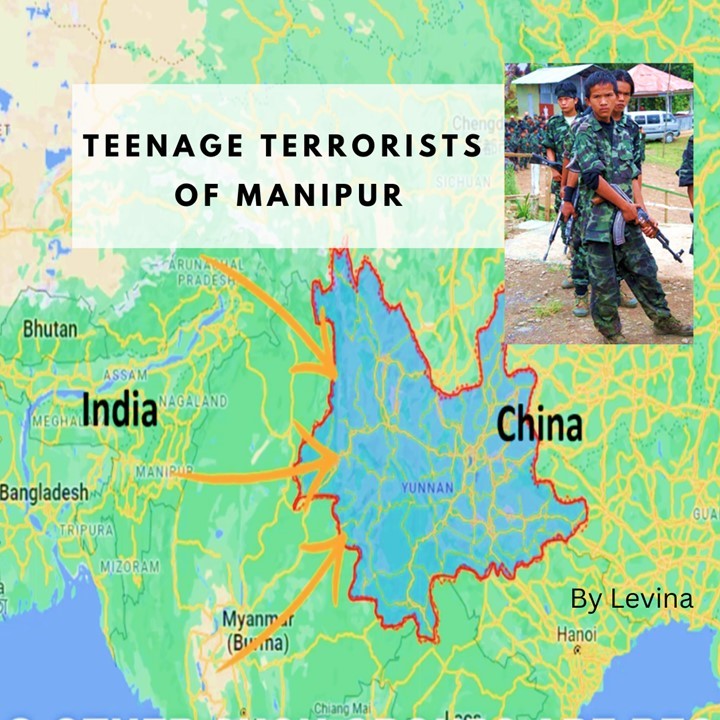 Teenagers in Manipur are on the edge of a precipice ready to be pushed into a very frightening abyss. The proscribed terrorist groups like PLA are now following a strategy very similar to the one executed by ISI backed terrorist groups in Kashmir.

Reports suggest that members of the terrorist group PLA have been kidnapping teenagers and training them, so that they can be used as pawns in their operations against the Indian defence forces.

There have also been reports about insurgent groups of North-east using China’s territory for regrouping.

The group was formed in 1978 and has been responsible for myriads of carnages that have taken place in Manipur, the most recent being attack on the convoy of 46 Assam Rifles in November 2021. In the attack we lost four soldiers, Colonel Viplav Tripathi, the Commanding Officer of 46 AR, his family (wife and 9-year-old son). The attack had been carried out to send a shock wave across North-East. 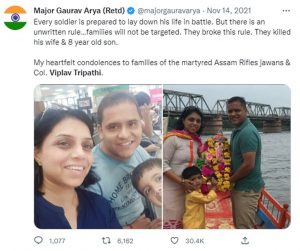 PLA maintains a cadre of approximately 300-500 trained soldiers, but with Indian defence forces carrying out multiple operations to sanitise the region, PLA has suffered heavy losses. The lacuna so created is filled by young soldiers.

PLA’s targets are young teenagers of class VIII to Class XII from poor families. They are abducted either by offering them education or work in a different part of the state. Once they fall for the false promises, the teenagers are taken across the border, to Myanmar where they are given Basic Military Training (BMT) for three months in PLA camps.

Till some time ago PLA’s main camp was located at Thuambual, about 5 Km from the Indian borders. But in 2019, it was moved a little further away from the border to Senam. Presently it has been moved deeper into Myanmar, at Taung paw (Myo thit), which is 15 Km away from the border where probability of a surgical strike by Indian forces is scant. 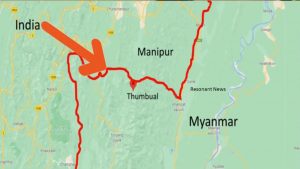 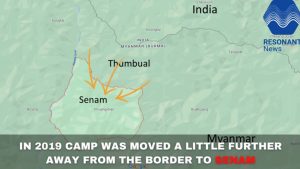 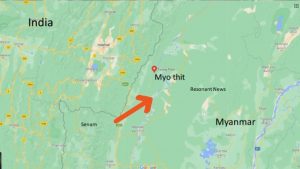 The teenagers trained in these camps are initially employed in the mundane work around the camp and then are slowly introduced to ambushes which are usually carried out in teams of 15-20.

This trend of abducting children has been continuing since atleast 2008. At one point the abductions had increased so much that schools came out in protest against the kidnappings of children by proscribed terrorist groups like PLA. In fact, in 2015, after the Myanmar strikes by Indian Special Forces, PLA suffered heavy losses and the trend to abduct kids peaked again. 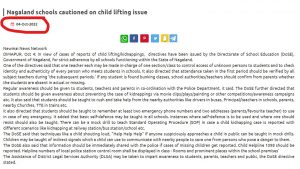 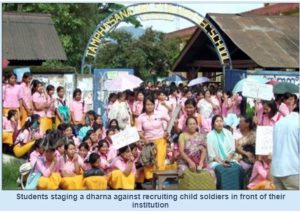 Those who managed to escape the training camps of PLA reveal that abducted teenage girls are sporadically married off to middle aged PLA terrorists in the camps.

People who snap their ties from the proscribed groups, do not find any escape, as they get baited back to carry out drug and weapon smuggling by PLA and other groups operating in the region.

Other than kidnapping school going kids, the proscribed terrorist groups are also known to extort money from the schools.

The Strategy and Foreign Elements

The stone-pelting school going kids of Kashmir are not very different from the kids who get abducted in Manipur. In Kashmir terrorist groups first employ teenagers as over ground workers and later train some of them across the border in Pakistan. The process of inducting teenage terrorists has been fine-tuned in Kashmir when compared to North-East.

There are many reasons why terrorist groups choose teenage kids; they are soft targets and do not usually come under the radar of defence forces. This is the same evil intention with which ISIS recruits child suicide bombers.

India’s neighbours have long been involved in the insurgency– be it in the North or North-east.

Pakistan has always been directly or indirectly involved in the North East—for example when Khmer Rouge broke up in Cambodia in the 90’s, releasing a number of AK-47s, RPD 7.62 LMGs and RPG-7 rocket launchers into the clandestine arms market of South East Asia, it was Pakistan’s spy agency, ISI, which helped insurgent groups in India’s North East buy the weapons.

According to recent reports, members of PLA and other such groups are regrouping in the borderlands of China’s Yunnan province. It has also been observed that Naga proscribed terrorist groups and the ones from Manipur, take shelter and buy arms in China’s Kunming. 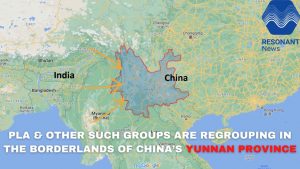 Subverting a region, manipulating young minds, and carrying out a psy-war has been a CCP strategy since its inception. In December 2021 it was reported that China has been running indoctrination camps for kids in China’s Xizang (Tibet) region. The teenagers from the “boarding schools” (as China officially calls it) will be utilized as the recruits to the People’s Liberation Army (PLA).

Officially China maintains it has nothing to do with the insurgency in India’s north-east, albeit the truth is known to all.

Last October, in an article published in Global Times, a CCP mouthpiece had published an article by Long Xingchun, President of the Chengdu Institute of World Affairs. His statement is a subtle caveat sent to India –”If India takes the move to support Taiwan independence, China has every reason to support separatist forces in northeast Indian states”.

India will need avant garde approach to deal with the belligerence of a neighbour with which it shares good trade relations yet can never be trusted. Meanwhile, spreading awareness about the perilous situation of teenage soldiers of North-East in mainland India, should suffice.