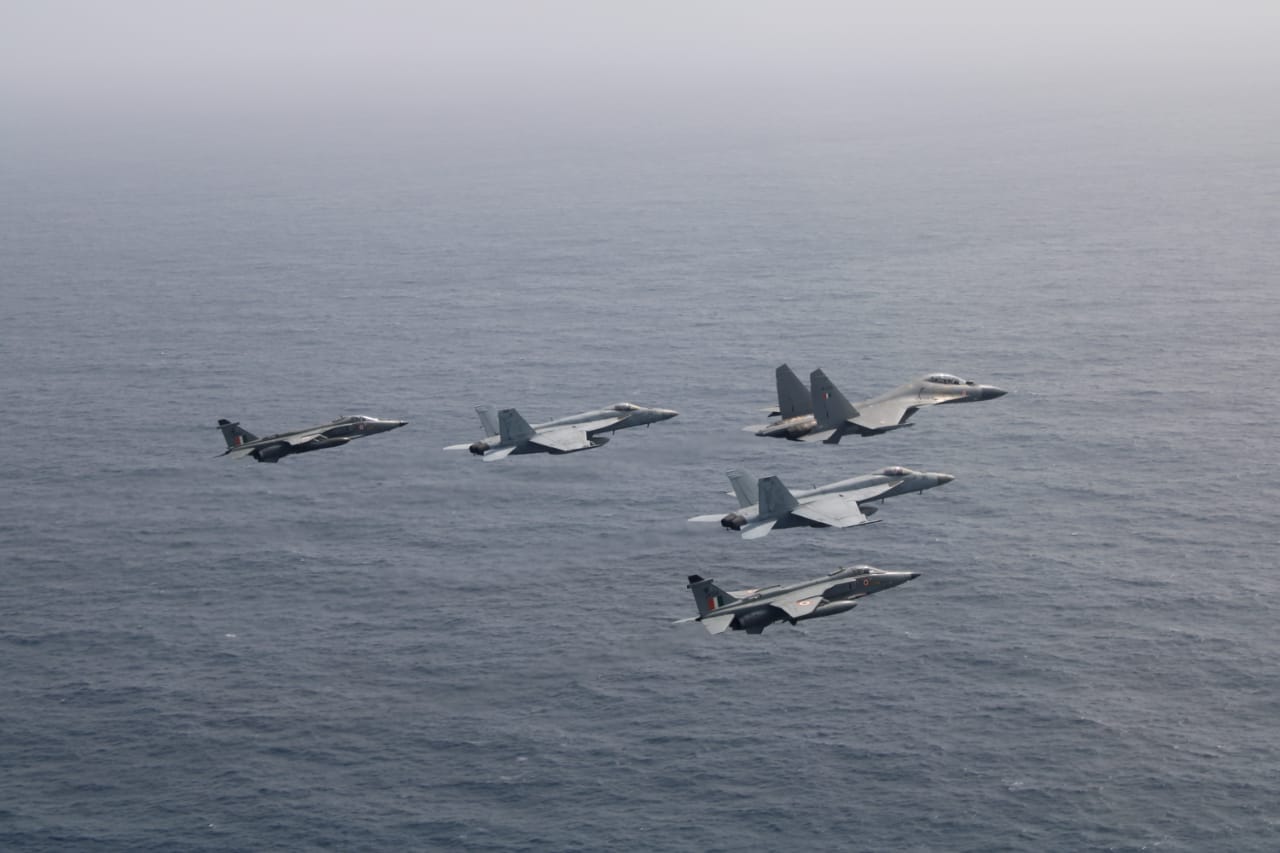 Being a country with immense potential, India also holds the advantage of geographic centrality that boosts India in its quest for becoming a key maritime power in the Indian Ocean region. The importance of Bay of Bengal and the Andaman and Nicobar Islands that overlooks the strategic sea lanes of communication comes in this regard. These regions are a mainstay to India’s national security especially with the recent increased presence of external powers like China in the neighbourhood.

Covering an area of 8,249 square kilometres, the Andaman and Nicobar Islands is a union territory of India located in the south-eastern tip of Bay of Bengal. Out of the 572 islands in the two archipelagos, only 38 of them are inhabited and it includes 30 percent of India’s Exclusive Economic Zone (EEZ). The importance of these island chains to India’s national security lies in its strategic location where they interlink South Asia to South East Asia. Further, the islands straddle the Six Degree Channel (also known as the Great Channel) and the Ten Degree Channel, which overlooks the Strait of Malacca chokepoint.

Apart from the strategic dimension, the islands are also of great importance to India as it also imparts immense economic gains. The rich marine life in the region with several untapped resources and continental shelf, has great commercial value that adds to the trade and investments of the country significantly. With the realisation of the need to focus more on the east through the Act East Policy, the importance of securing the maritime east and the rising significance of Indo-Pacific made India to be proactive on these islands considering its potential.

The Andaman and Nicobar Islands had the presence of forces since World War II. During that period, Japan occupied the region which was later used by the Royal British Air Force (RAF) as a staging post for refuelling air couriers. The Indian Navy arrived in 1954 with the commissioning of INS Jarawa followed by the Indian Air Force in Car Nicobar and the Indian Army in Port Blair in the later years. The region was further securitised with the establishment of INS Kardip in Nicobar Island chains, the Utkrosh airbase, and coast guards.

In October 2001, the concept of Fortress Commander was modified to form the Andaman and Nicobar Tri Service Command (ANC) which is the first of its kind in India and is headed by the Commander-in-Chief, Andaman and Nicobar (CINCAN). The ANC ensures safe shipping, provide defence and security to the EEZ and conducts joints exercises like KAVACH and AMPHEX-21 using Intelligence, Surveillance and Reconnaissance (ISR) capabilities.

Engaging in naval diplomacy through programmes like the MILAN exercise, the Singapore-India Maritime Bilateral Exercise (SIMBEX), etc. which projects the political and strategic influence of India in the Indian Ocean along with accommodating navies of neighbouring countries enabling cordial relations also falls under the scope of ANC. However, with the increased presence of China in the Indian Ocean Region, increasing and strengthening India’s maritime capabilities and leveraging the potential of these island chains becomes vital.

The naval base INS Baaz was established in the Campbell Bay on July 2012 and INS Kohassa was commissioned recently at Shibpur in the North Andaman Islands. To address the surveillance strategies, the country employed Unmanned Aerial Vehicles like Searcher II, while further moves to enhance the military capacities are on the talk.

The island chains can be used to defend and deter the challenges arising in the region. These include countering the Chinese presence by maintaining a strategic command in the islands, surveillance on external submarine activities and also enables rapid engagements with the South East Asian countries. Along with safeguarding the strategic sea lanes of communication and having a dominance over the Six Degree Channel, having a stronghold in these island chains would also help India in tackling insurgency, maritime terrorism, illegal migration, piracy, poaching etc. Since these islands are located at the junction connecting Indian Ocean and the South China Sea, the importance of securing these islands gains more gravity.

The potential of these islands is not possible to be realised in complete swing due to setbacks like inadequate infrastructure capabilities, lack of human resources etc. To overcome these hurdles and to efficiently utilise the geostrategic advantages provided by these islands, India has been rapidly engaging in this region with new projects.

The initiatives through the Island Development Agency (IDA), the move to establish a transhipment terminal in the Great Nicobar and the optical fibre connectivity project from Chennai to Port Blair that makes the island digitally independent are some of the strategies adopted by India to enhance the connectivity and secure the islands. NITI Aayog projects are implemented in the islands with the goal to make the region a maritime and start-up hub with ports and infrastructures.

Meanwhile, the Coast Guards are also present in the islands where civil-military interface is used on a positive note for ensuring national security. The islands have also showed fast response and provided immediate aid to countries like Malaysia in dealing with natural disasters which was possible due to its strategic location.

In the current scenario where China is rapidly building its influence in the Indian Ocean region, India has to secure its Andaman & Nicobar Islands and has to incorporate a holistic approach to realise its national interest through this strategic asset. Improvisation of tourism where environmental concerns could also be considered, sustainable development and eco-tourism along with the establishment of marine industries are some of the efforts that will produce positive results.

The militarising of these islands and providing a way towards the Indo-Pacific would bring about opportunities for India along with establishing an influence over the Sea Lanes of Communication passing through the Strait of Malacca. With the strategic base in the islands, India can realise its Act East Policy to its full potential through regional engagements like Security and Growth for All in the Region (SAGAR) and multilateral platforms like the Bay of Bengal Initiative for Multi-Sectoral Technical and Economic Cooperation (BIMSTEC), Indian Ocean Rim Association (IORA), Association of South East Asian Nations (ASEAN), etc.

Also referred to as the ‘unsinkable aircraft carrier to the East’, the Andaman and Nicobar Islands has the potential to be the Far Eastern Command of India where it can form the third fleet of Indian Navy. With the Chinese presence in the Indian Ocean and the South China Sea, India needs to be prepared enough to counter the aggressive measures from China by using the Andaman and Nicobar Islands as its trump card. Also, the ANC will become imperative for India’s national security with the presence of China in the Coco Islands of Myanmar.

Owing to the strategic location of these islands, having a stronghold in the region would also help India to face the impacts arising from a possible Kra Canal development. The militarising of these islands also brings about joint collaborations with powers like United States and Japan in strategic Anti-Submarine Warfare through employing Sound Surveillance Sensors and Long-Range Maritime Patrol (LRMP) aircraft. In March 2021, Japan provided India with financial aid under the Official Development Assistance Programme to help with the latter’s projects in these islands.

India should utilise the geographic advantage that the islands offer like in the case of INS Kardip, where it is placed in between two horseshoe shaped islands which provides a natural protection from external forces. Equipping the islands with airstrips that can harbour all types of aircrafts and more P 8I aircrafts, Sukhoi Squadrons, etc. for surveillance would enhance its strength. However, the increased militarisation of the islands can lead the Indian Ocean littorals to perceive India as a benign power. India has to provide access to the naval forces of United States, Japan, Australia etc to the islands and acknowledging their interest will subsequently reduce their threat perception towards India.

The cordial engagements and regional integration among powers in the region would thus enable the formation of a stable security architecture in the region. India therefore, has to adopt a balanced approach in order to realise the economic and strategic potential of these islands. This can be maintained through militarising the island along with sustaining the ecology and indigenous population of the region.

With the help of IDA and the NITI projects, the island is now promoting initiatives like Eco-Tourism to achieve sustainable development goals. The Andaman and Nicobar Islands can be the strategic outpost of India and the QUAD would further strengthen this aim by enhancing the country’s maritime capabilities and goal of a net security provider in the region. 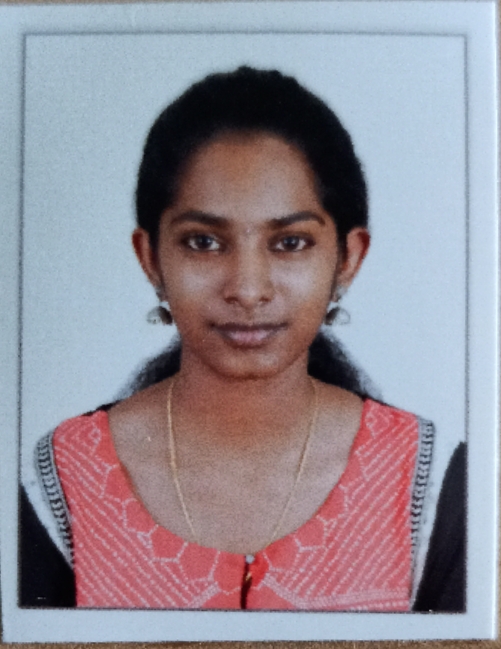 Induja J S is a scholar at the Department of Geopolitics and International Relations, Manipal Academy of Higher Education

Nov 30, 2021
Thanks for the article Yes absolutely and an well equipped Andaman and Nicobar militarily and economically will the most valuable asset of Bharat in the Indian Ocean to counter China maritime challenges. Equally the same importance should also be to Lakshadweep Islands to develop to the standard of Andaman and Nicobar Islands and it will be Bharats launch pad for look west and south policy right from Gulf region to south west region of Srilanka ,Seychelles, Maldives Madagascar and Eastern African countries including South Africa. Its advantage will be yo have more or less direct access and can have it's own maritime security and economic arrangements.