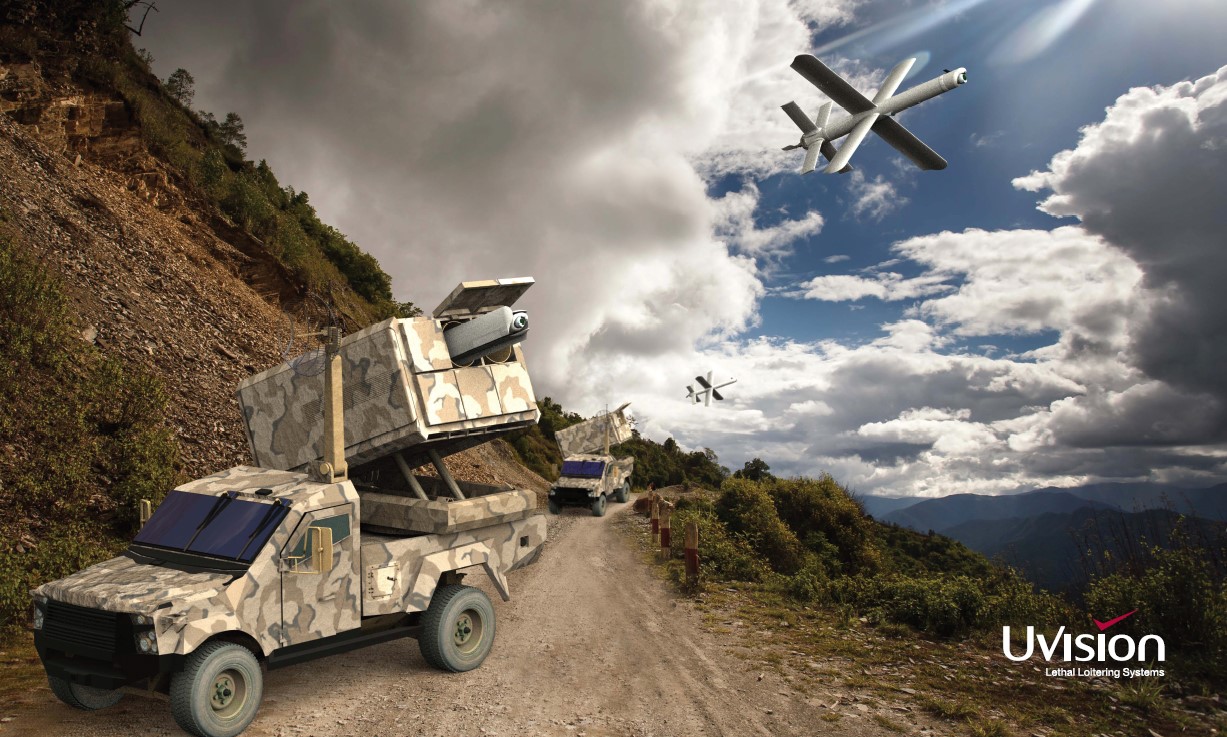 “Loitering ammunition is flying artillery. It is the ground commanders air force. In times to come it will be the ‘go to’ method of destroying the enemy and controlling the battlefield. The pace of development in loitering ammunition makes it a formidable force multiplier and will be an essential ingredient in victory.”

Accuracy, range, lethality and portability are the fundamental requirements of a modern ‘precision weapon’. Future conflicts will be limited both in time and space. This coupled with enhanced battlefield transparency and decreasing tolerances for collateral damage make it necessary for the forces to have a suitable inventory of munitions with guaranteed target strike capability. Precision-Guided Munitions (PGMs) are now an integral part of the arsenal of any modern military force. The first incident of using a guided munition in combat was in 1943 when Nazi Germany’s Luftwaffe used an un-powered anti-ship guided bomb against an Italian Navy’s battleship. In that instance, 1.4-ton heavy ‘Fritz X’ radio-controlled gravity bombs were used by Luftwaffe’s bombers to sink Italian battleship “Roma” in a fierce sea battle.

The conventional precision munitions have various types of guidance like trajectory correction systems, inertial guidance, terminal guidance (TGMs) etc. Loitering ammunition first emerged in the 1982 Lebanon War (OP DRUGSTORE), where Israeli DELILAH and HARPY UAVs were used for reconnaissance, as decoys and as anti-radar munitions against Syrian SAM sites in Lebanon’s Bekaa Valley. The introduction of game-changing iteration of precision guided weapons— Loitering Munition (LM) is truly a disruptor in the modern day warfare which gives a highly flexible option for engaging targets in tactical as well as strategic depths of a battlefield. Often called  “suicide” or “Kamikaze” drone, they combine critical-capability features of a PGM as well as an unmanned aerial system.

What is a Loitering Munition?

A loitering munition is a type of unmanned aerial vehicle designed to engage beyond line-of-sight ground targets with an explosive warhead. Loitering munitions are often portable and many are meant to provide ground units such as infantry with a guided precision munition. They are equipped with high resolution electro-optical and infrared cameras that enable the user to locate, track, and guide the drone to the target. A defining characteristic of loitering munitions is the ability to “loiter” in the air for an extended period of time before striking, thus providing the flexibility to decide when and what to strike. A Loitering system has an  efficient propulsion system, small built-in warhead, retractable wings, AI-enabled guidance control and a high-resolution imaging head which enables it to function like an UAV during flight and Scouting tasks, but gets converted into a TGM after target lock-on. 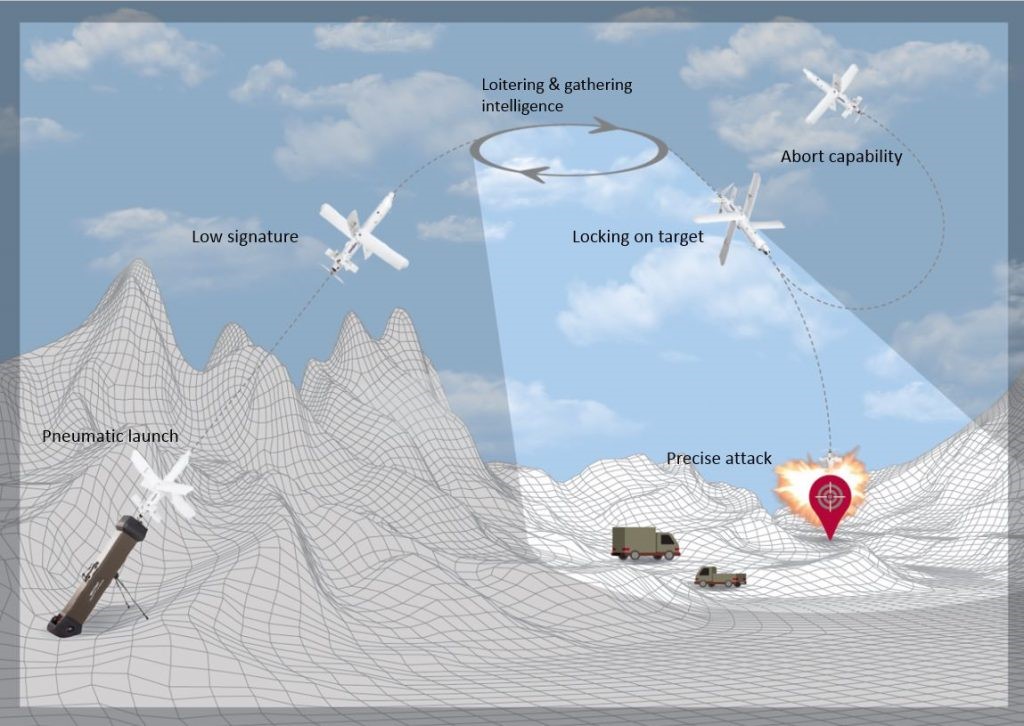 Initially, this new lineage of precise munitions were developed as SEAD (Suppression of Enemy Air Defences) weapon against air-defence batteries of enemy forces. For instance, Israel Aerospace Industries developed ‘IAI Harpy’ to attack enemy air defence radar systems in the 1990s. Later, countries like Turkey, Iran, China and Israel developed an array of loitering munitions capable of performing a number of additional roles including long-range strike, battlefield monitoring and reconnaissance. Their significant game-changing features and low production cost made them popular with military forces around the world.

For over two decades, Israel’s defence industry has been dominating the unmanned air vehicles and loitering weapons market. UVision Air Ltd, an Israel based company, has been at the forefront of developing this technology to design, manufacture and deliver innovative unmanned aerial loitering munition systems. Its ‘Hero’ family of LMs range from miniature tactical to larger operational loitering munitions for air, land and naval platforms. UVision has also taken the lead in bringing their product line to India through a JV – AVision, with Aditya Precitech, under the  Make-in-India vision of Prime Minister Narendra Modi. The JV aims to  produce, maintain and upgrade high-tech precision attack loitering systems in the country for Indian Armed Forces and paramilitary sectors.

“UVision Air Ltd is at the forefront of cutting-edge technology which enables silent launch of loitering munitions, stealthy operations including intelligence gathering, accurate targeting, resulting in swift and precision attacks.

For our Company, India is one of the most important markets for loitering munitions.”

UVision’s product line fits into two categories; one group has electric propulsion, is man portable and pneumatic launched, and the other has an internal combustion engine. The system incorporates a host of cutting edge technologies which makes the LM extremely maneouverable as well as deliver high-precision terminal engagement with minimal collateral damage. The types of LMs in the Hero family are: 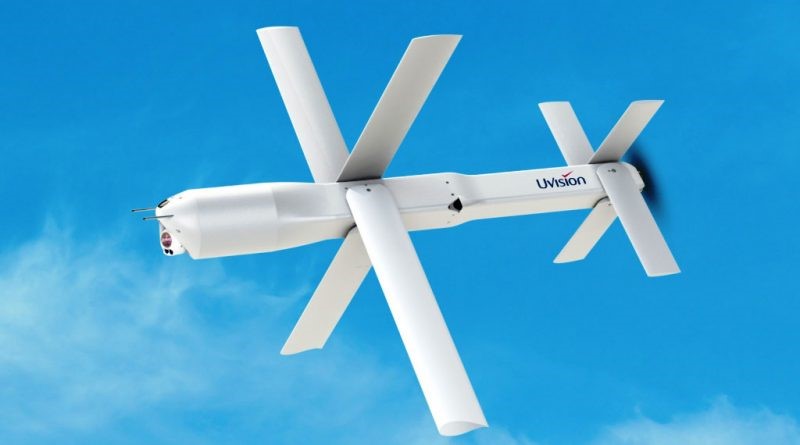 UVision’s  product line of loitering munitions comprise of seven variants capable of being employed against tactical, operational and strategic targets. The smallest man-pack version has a weight of 2 kg and range of 10 km as against the largest UAV for strategic targets weighing 155 kg and reaching a maximum range of 200 km. 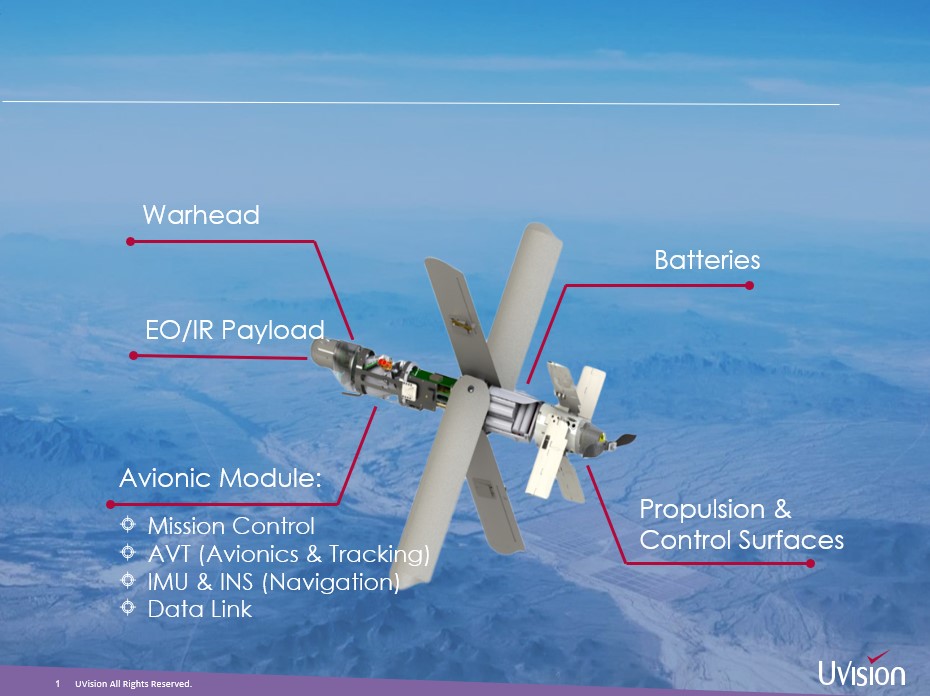 The aerial vehicle can carry multipurpose munitions which can cause varied effects at target end depending on the nature of target. A data link terminal is provided with the system for real time transmission of target data as well as intelligence of surrounding areas. The day / night camera with data link enables real time target assessment and decision making. A portable tablet is configured as the Operator Control Unit for complete control of the exact time and direction of the attack.

Almost a year ago, the Indian Ministry of Defence issued a Request for Information to acquire 100  loitering munitions for Indian Army, primarily for infantry and Special Forces. Lightweight, portability, pin-point accuracy, anti-jamming and anti-spoofing and all-weather capabilities are among the key operational parameters set out in the RFI. The 20-kg man-portable systems should have a Line of Sight range of at least 15-km and a flight endurance of 30 minutes.

At DEFEXPO 2020, both Indian and Israeli OEM announced the creation of the new “AVision” joint venture to manufacture and market UVision’s loitering weapons under the name Precision Attack Loitering Munitions (PALM) HERO Systems. Among the entire range of PALM Hero series, Hero-30  is a man portable and highly versatile munition, primarily meant for infantry soldiers. It is cannsiter launched with 30 minutes endurance. The UAV can be deployed within minutes, and are already in service with various units of Israel Defence Forces. The miniature combat-proven Hero-30 has already demonstrated its versatility during land as well as naval missions. Like its other siblings, Hero-30 has touch-button mission capability to abort the mission even on the very last second and automatic reentry into the low-speed loitering mode, moreover, the same target can be re-engaged or UAV can be sent to a fresh mission or can be returned to recovery area using a parachute. 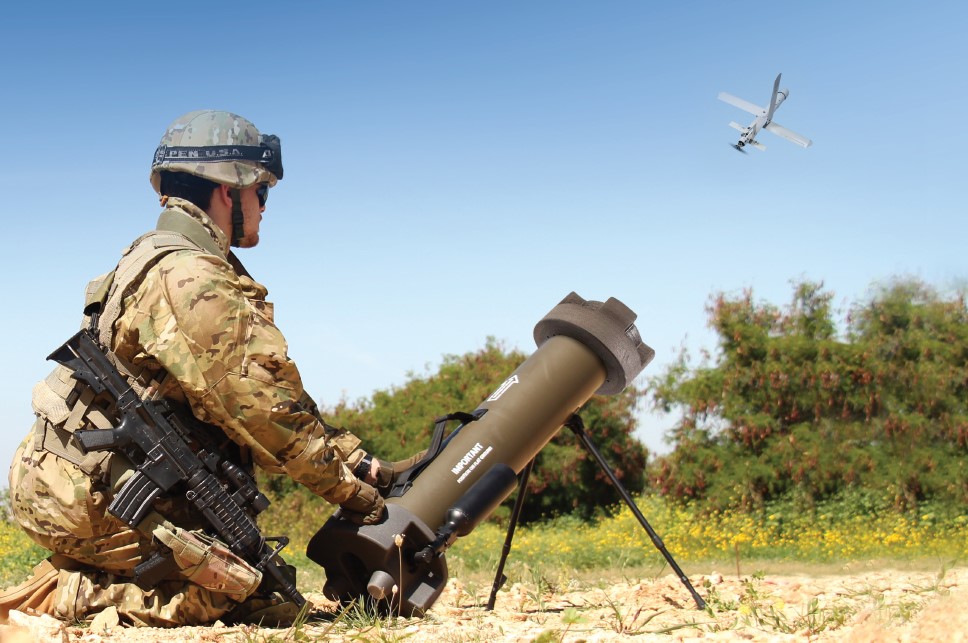 Apart from munition, The LM unit includes a launcher, operator control unit and communication set up. The 3.5-kg suicide drone equipped with a 0.5-kg warhead and high-resolution EO seeker features a 40-km LOS range and 100 knots top speed. Capable of deploying from air, land and sea, it features high-speed transit flight and low-speed loitering, depending on the strategic or tactical need of a mission. The real-time ISR and situational pictures of the battlefield, captured by the LM’s seeker can be accessed through the ‘operator control unit’ which is data linked with a flying loitering system. Equipped with noiseless electrical propulsion, the miniature Hero-30 has both acoustic and thermal stealth, hence, features a low radar cross-section, which makes it invisible and a surprise attacker delivering a major capability to the fighting force.

These surveillance-cum-attack systems are critical for modern fighting forces as they provide access to real-time Intelligence Surveillance & Reconnaissance (ISR) pictures that enable faster reaction time against hidden and moving high value targets. A growing number of countries are acquiring their own loitering munitions, which offer a unique set of new capabilities compared to traditional alternatives such as rockets and mortars. Interestingly, the recent “Azerbaijan-Armenia War” has illustrated the distinction of low-cost loitering weapons in modern-day conflicts. The Azerbaijani defence forces deployed air breathing precision strike loitering weapons supplied by Israel and Turkey, which enabled them to strike against highly sophisticated air defence systems and main battle tanks of Armenian military. These  systems contributed considerably in combat tactics of Azeri forces and helped them to defeat Armenian military in 45-day long conflict.

Drones have seen rapid development in the past decade as a disruptive technology in the field of modern warfare. They have developed from pure unmanned aerial surveillance objects to unmanned armed fighting machines. The real time engagement of targets with extremely agile, highly networked and robust ‘sensor to shooter’ link has been a challenge for Indian Army. Loitering Munitions incorporate sensor and shooter on the same platform thus achieving seamless sensor to shooter linkage. Utilisation and employment of disruptive technologies like Smart Loitering Munitions will give a clear asymmetrical edge to the armed forces of any nation against its adversaries.

Sep 23, 2022
[…] MM would typically have small dimensions/calibre, allowing carriage/simultaneous engagement with large numbers. The missiles would need to have the capability to be launched from platforms in all three domains, to cater for a pan-domain threat. The need for quick acceleration and very low response time would necessitate high speeds, made possible by the use of fast burn-rate, solid fuel propellants. The need for high manoeuvrability to actively engage manoeuvrable and versatile sUAS/ ground targets would necessitate control surfaces and inertial/ in-flight/ terminal guidance, with robust data links/AI for ground-controlled/ autonomous tracking, including in inclement/ night/low visibility conditions. Low stand-off ranges of sUAS would mean that MM can be relatively short-range missiles, typically designed for sub-5 Km engagements. Payloads could be high explosive/EM, depending on threat envisaged. MM should be capable of intercepting and destroying all classes of mini/micro/small UAVs, flying at varying altitudes and speeds including Loitering Munitions. Link to our article on Loitering Munitions:  https://chanakyaforum.com/loitering-munitions-uvision-enables-smarter-precision-strikes/ […]