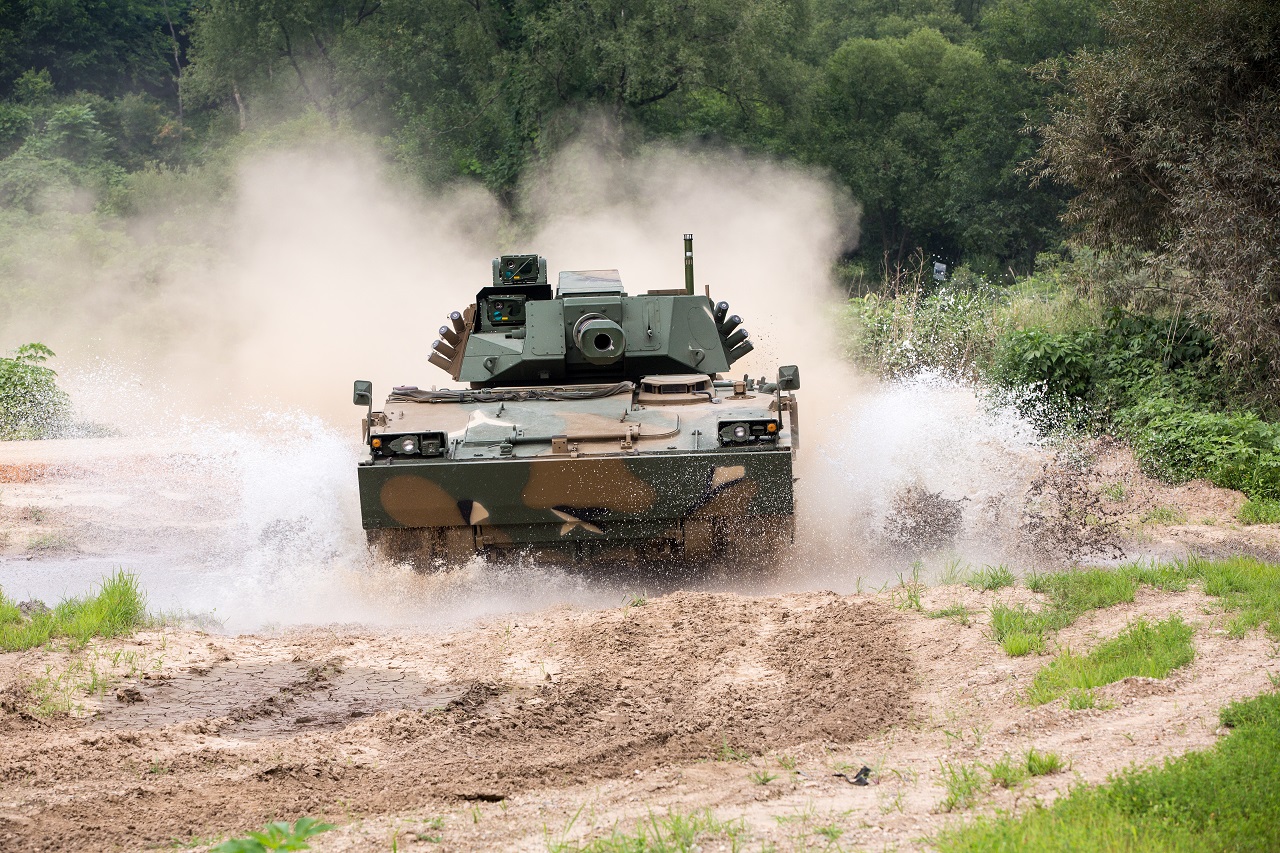 Light tanks have recently come to limelight again, thanks to the Indian Army’s quest for one, to boost its mountain warfare capability. While the army preferred medium or heavy tanks for modernisation and capability building in the past few decades, light tanks are not new for the tankmen of Indian Army who have succesfully exploited these at Zojila-Kargil in November-December 1948 and at Chushul in 1962. The  mechanised forces of Indian Army in the past have used AMX 13 and PT 76 light tanks for amphibious, high altitude and airborne operations. While the former was inducted by air and deployed in Chushul in November 1962, PT 76 tanks provided yeoman service in the riverine terrain of Bangladesh during the 1971 India – Pakistan War.

The light tanks caught the imagination of military planners during the pre World War II build up, as a means to exploit breakthroughs in enemy lines created by slower, heavier tanks, with the goal of disrupting communications and supply lines. It was designed for high mobility at the cost of protection and outmanoeuvre heavier tanks, to cut them off from their logistic tail. Modern light tanks supplement the Main Battle Tank (MBT) and is the preferred option to achieve strategic mobility by induction through air, reconnaissance and for deployment in mountains or high altitude areas. In the Indian scenario, these versatile platforms can be effectively employed in valleys and funnels of Eastern Ladakh and trans Himalayan Tibetan plateau of North Sikkim which have sufficient width and space for manoeuvre.  In conjunction with medium tanks which are already operating in these high altitude valleys, they can effectively counter any threat posed by adversaries on Northern borders of India.

It seems that Chinese deployment of light tanks during the standoff in Eastern Ladakh has prompted the Indian Government to take note of this gap in India’s war fighting capability in high altitude areas. Indian T 90s and T 72s were deployed in the theatre to counter the Chinese armour threats, which were more than a match for the PLA’s light tanks and effectively countered any plans for misadventure in the Ladakh conflict zone, however, the ideal choice of weapons would have been a mix of both light and medium tanks. The Russian origin MBTs weigh 40-50 tonnes and India’s own Arjun tanks weigh well over 60 tonnes.

PLA had deployed its light tank— Type 15 or ZTQ 15 — was first sighted in Eastern Ladakh. PLA Ground Forces inducted the newly developed third-generation ZTQ-15 light tank, also known as Type-15 or Xinqingtan, which was specifically developed for  warfare in mountainous terrain. Armed with a wide range of Chinese technologies including a 105-mm rifled gun, a fire control system and an Active Protection System (APS), the highly versatile Xinqingtan is being deployed in numbers by Chinese forces along LAC.

The light tanks would be low-cost and best-suited firepower solutions for mountains, especially against China, with better tactical mobility compared to modern Main Battle Tanks. Coupled with the Indian Army’s BMP-2 Infantry Combat Vehicles (ICV), they can also be deployed for armoured reconnaissance and infantry support missions. In addition, they would be cheaper to manufacture and maintain as the government is pondering the new combat vehicle purchase under the ‘Make in India’ initiative. Light tanks can move rapidly on roads with rubberised tracks and are more easily transportable by transport aircraft and heavy-lift helicopters. Two light tanks instead of one medium tank can be carried in a transport aircraft. Thus, light tank units are more  suitable for rapid mobilisation.

According to Indian Army’s Request for Information (RFI) for light tanks, the Indian Government intends to procure around 350 light tanks in a phased manner, along with Performance-Based Logistics (PBL), niche Technologies, Engineering Support Package (ESP), and other maintenance and training requirements. The government also wants to acquire comprehensive technologies including detailed design manufacturing know-how of the Light Tank platform. As per the RFI, Indian partner will retain the ownership of the design and technologies for the light tank being a project under “Atmanirbhar Bharat” with Make in India ethos.

Indian Army seeks an agile and modular light platform with adequate firepower, protection, surveillance and communication capabilities. The light tank should have the versatility to operate in various terrain conditions including mountains and provide “much more manoeuvrable” and “operationally flexible” options against adversaries. The desired capabilities include:

To provide the Indian Army with a technological advanced, battle-tested and affordable combat solution, many global defence groups are willing to offer their light tank solutions with the Transfer of Technology (ToT) feature to manufacture the system in India. One of the strong contenders to fulfil the Indian requirement is Hanwha Defence of South Korea with its versatile platform ‘K21-105 Light Tank‘. In his recent high-level trip to India, South Korean Minister of National Defence Suh Wook discussed with his Indian counterpart Rajnath Singh and had agreed to jointly produce military systems in India, which further strengthened Hanwha’s commitment to partner with Indian industry for the Indian light tank program.

Hanwha’s K-21-105 light tank is a top-of-the-line Army combat vehicle with exceptional mobility, adequate firepower and unmatched performance that allow the vehicle to perform a wide variety of tactical operations than bulky main battle tanks. The state-of-the-art tank is based on the company’s fully combat-proven tracked K-21 infantry combat vehicle which hosts a significantly lighter composite chassis than most modern armoured fighting vehicles.

Introduced in 2014, the South Korean light tank was developed jointly by Hanwha Defence of South Korea and John Cockerill Defence of Belgium for the ROK Army. It features a Cockerill CT-CV 105HP turret mounted on K-21 chassis. The main features of the ‘K21-105 light tank’ are: 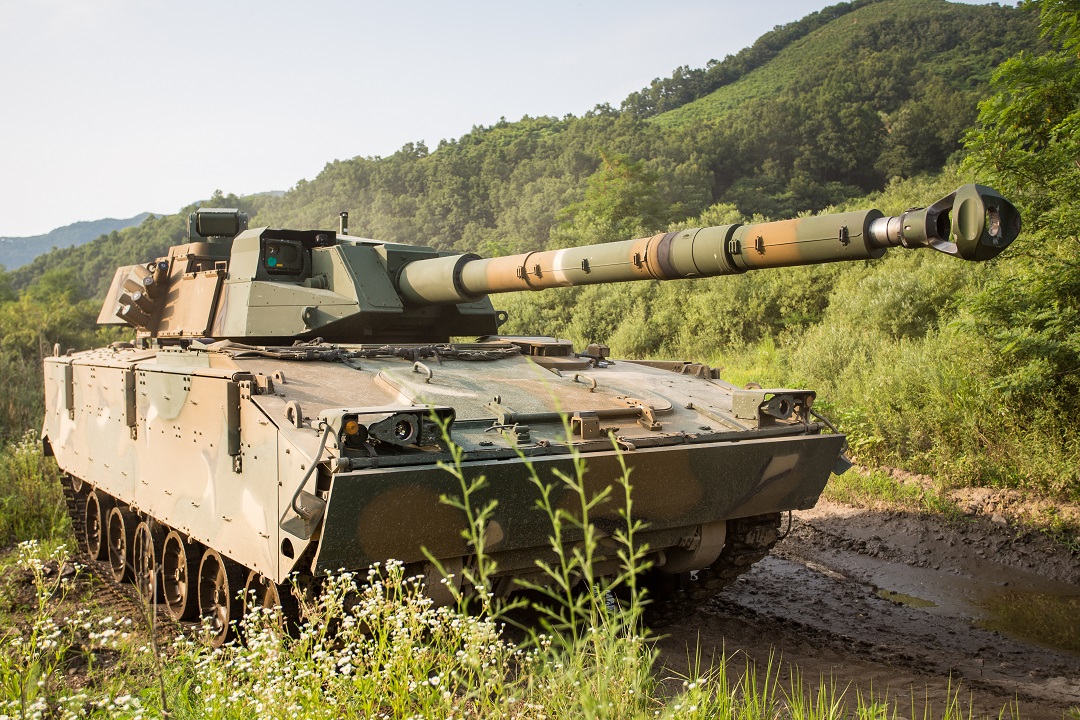 Nonetheless, there are a number of options  for the Indian Army to meet this urgent requirement – Russian 2S25 Sprut-SD and Israeli Sabrah light tanks are two of them. If the project actually takes off, all these systems will be evaluated by the Indian Army in the coming months, after which an affordable and suitable system will be selected for high-altitude forces to counter Chinese capabilities. Interestingly, DRDO is also reportedly considering K9 hull for an in-house light tank development.

The projected requirement of 350 tanks translate into 6-7 regiments in terms of numbers with adequate reserves maintained at all levels. It will definitely be a viable force which can meet the demands of high altitude warfare as well as strategic mobility to restore an adverse situation if such an eventuality arise. The right mix of medium and light tanks is essential for a mechanised force to generate operational options and flexibility in future battlefields.

Jul 12, 2021
[…] The KF- 21 is a South Korean ICV manufactured by Doosan Corporation and has been in operational service with the South Korean Army since 2009. The chassis is constructed entirely out of fiberglass, thus significantly reducing its weight and increasing power to weight ratio without a large power pack. It is assumed that this IFV has multi-layer armour with ceramic/ glass fibre/ Aluminium alloy composite armour. The K- 21 can also be fitted with an active protection and countermeasures suite. With the Battle Management System, the crew and stick can be instantly notified about the external environment, thus greatly enhancing situational awareness. The ICV is also equipped with a pontoon system for additional buoyancy in amphibious role. (Read about K-21 105 Light Tank in our article https://chanakyaforum.com/k21-105-light-tank-solution-from-hanwha/) […]

Jun 15, 2021
Why not have armoured cars with lits of ATGMs? How effective are ATGMs against Chinese light tanks?