“It’s a vast ocean, with its great security challenges and India lies at its crown-no greater reason than this exists to build capability towards credible dominance  in the Indian Ocean Region(IOR)”

In today’s geopolitical scenario, it is but apt that countries do all that they can to protect their coastal waters and seafaring trade. Add to this the requirement of being able to project military power away from one’s own coastline, as a means of deterrence and during conflict, to deny the use of this vital means of surface communication to an adversary.

The Indian subcontinent lies at the helm of the IOR, which accounts for 75 % of the world’s and 95 % of India’s trade. Add to this a 7500 km coastline with an Exclusive Economic Zone (EEZ) covering 2 million sq km. India is also blessed with island territories off its East and West Coasts, which add to its coastline and need to be protected. The Sea Lines of Communication (SLOCs), which also contain geographical bottlenecks, are vital routes for movement of own and friendly maritime trade. Both our adversaries have viable Navies which are capable of choking India’s maritime trade in these bodies of water and denying operational space for own Navy to carry out its functions. An additional emerging threat is that of Non State Actors- piracy and smuggling/ trafficking on the high seas. Thus stems the need to be able to deny vital sea space to thwart such misadventures, protect  maritime trade moving through the SLOCs and retain the capability to project own military power far beyond our own coastline. In short, it is undeniable that India, with its geostrategic position, is seen as the Net Security Provider in the IOR! 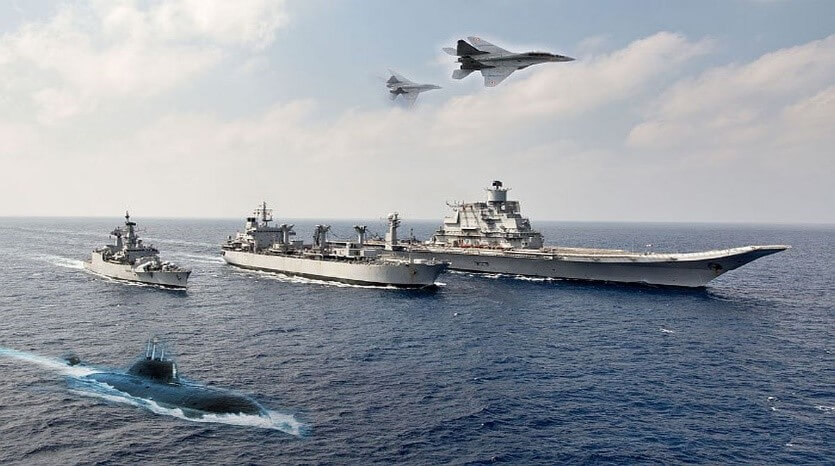 The looming threat of encirclement of China with its ‘String of Pearls’ policy further strengthens the case for bolstering own Naval capabilities and the necessity of positive engagement with our littoral neighbours. As an important step towards safeguarding National maritime interests in the scenarios as above , it is imperative that India, over a reasonable timeframe, looks at self-reliance and indigenization in building/ augmenting the Navy’s surface and sub- surface arsenal.

India’s Past and Present Submarine Profile

The decision to introduce submarines into the Indian Navy (IN) was taken in earnest post the 1962 Indo- China War and in September 1965, an accord was signed with Russia for the acquisition of four submarines. On 08 Dec 67, the Foxtrot Class diesel- electric patrol submarine INS Kalvari was commissioned. By 1971, the balance three submarines of the Kalvari Class were inducted. Based on this experience, four more Foxtrot Class submarines were inducted by 1974. Subsequently, in an effort to modernise, four Shishumar Class diesel- electric attack (DEA) submarines were built by Mazgaon Docks Limited (MDL) with German collaboration between 1986 and 1994. Six Kilo (Sindhughosh) Class DEA submarines were acquired from Russia by 1992. Two more were later acquired in December 1997 and July 2000. Both the Sindhughosh and the Shishumar Class submarines have been modernised to land- attack capability with the fitting of the 3M Klub Land Attack Cruise Missiles. Post the Kargil War in 1999, the Cabinet Committee on Security (CCS) approved a 30 year submarine building plan to enable indigenised production of 24 conventional submarines, with cruise missile capabilities, as an effective deterrence towards our adversaries. Enter Project 75 & Project 75 (I) (conventional submarines) and additionally the  Advanced Technology Vessel (ATV) Program (nuclear submarines). Both the P 75 and the P 75 (I) envisage building a total of 12 conventional submarines with foreign collaboration. The balance under the plan are likely to be of an indigenous design. With gradual phasing out of the original Kalvari Class, India’s present submarine profile is tabulated below. 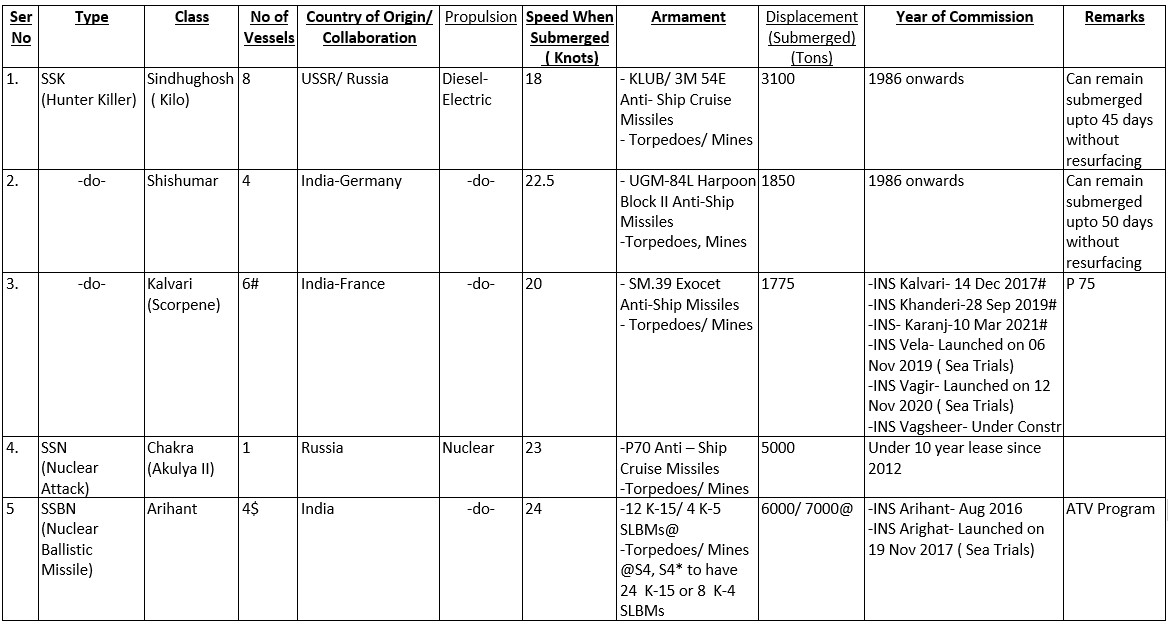 While India’s ATV program was drawn up  in 1983, India’s first nuclear attack submarine (SSN) came through negotiation of a ten-year lease commencing in 2012, of a Russian  Akula II Class submarine.  A total of 4 submarines are planned under the ATV Project. India’s first SSBN, INS Arihant, was commissioned in August 2016. In November 2017, India launched the second SSBN INS Arighat. Both SSBNs can carry four nuclear-capable K-4 Submarine Launched Ballistic Missiles (SLBMs)- range 3,500 km or 12 conventional warhead K-15 SLBMs- range 750 km.  The INS Arighat is expected to be commissioned by late 2021/ early 2022. The remaining two ( S4 and S4*) are yet to be named and would likely have enhanced capability of carrying SLBMs. 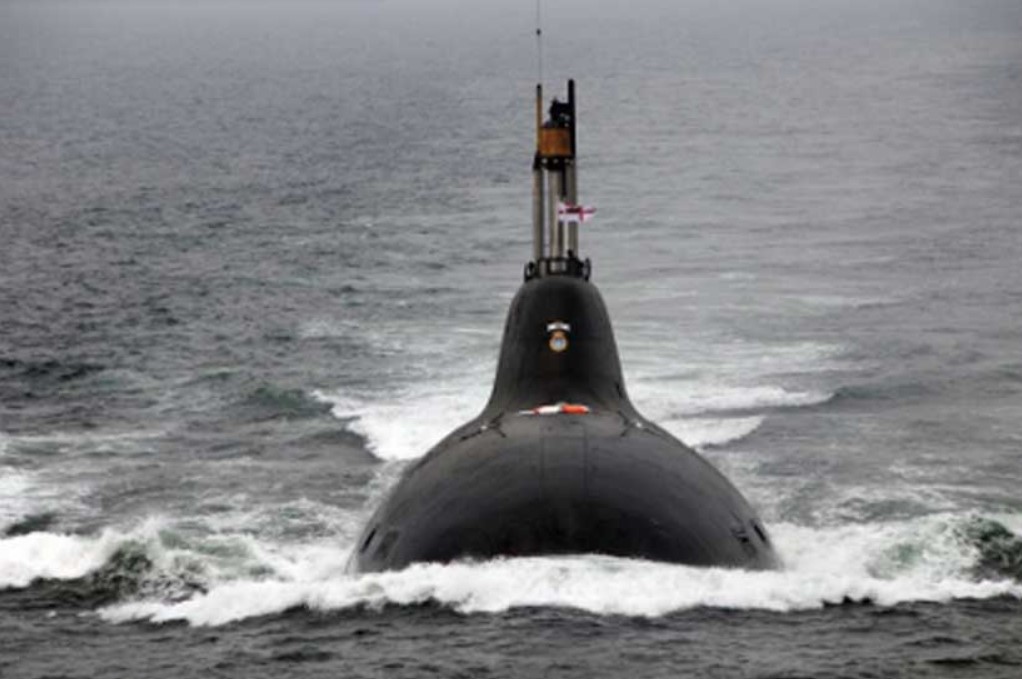 How Does India’s Submarine Profile Stack Up In The IOR

The fact that close to 90% of the present submarine profile is made up of conventional DEA submarines, with short range anti-ship capabilities, largely defines India’s submarine capabilities as regional, in hunter- killer, intelligence gathering and surveillance roles. These capabilities would of course get a fillip with the AIP systems, which could increase endurance by  upto 30% as also enable stealthy operation in close proximity to adversary’s Naval vessels. The increase in own SSBN profile with SLBMs of 750/ 3500 km range under the ATV program would accord India a strategic deterrence capability in the IOR, essential to progress from a ‘semi blue water’ to a ‘true blue water’ maritime force, allowing power projection across the IOR, while at the same time countering our adversary’s expanding maritime signature in the region. 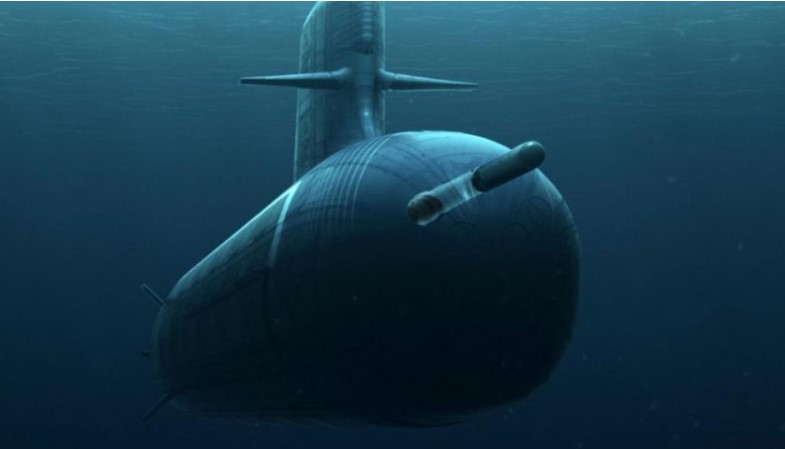 The PLA Navy Submarine Force (PLANSF) currently operates a fleet of 66 nuclear and conventional submarines, including seven SSBN, likely to be  armed with JL 3 SLBM with ranges in excess of 9000 km and nine SSN ( numbers may vary). This gives the PLANSF, which is rapidly transitioning towards a blue water navy, a definitive edge in terms of numbers and capability. However, own geostrategic advantage is of significance, wherein PLANSF submarines would have to traverse multiple straits to be effective in the region, thus imposing a significant vulnerability on the latter.

The Pakistan Navy operates a fleet of five DEA submarines commissioned between 1990 and 1994, largely with French collaboration (the last being indigenously manufactured) and three MG110 mini submarines. Pakistan is also purchasing eight Type 39 Yuan-Class attack submarines, out of which four each would be constructed in Pakistan and China. The first four vessels are slated for delivery by the end of 2023, with balance four vessels by 2028. Pakistan views its submarine force as necessary to maintain “credible minimum deterrence”. Pakistan also claims that it had successfully tested a sea-launched nuclear-capable cruise missile (SLCM), the Babur III with a range of 450 kilometres that “will provide Pakistan with a credible second strike capability”, thus augmenting deterrence. While the endurance of the three Khalid Class DEA submarines is stated to be 150 days with AIP, which would provide a regional reach within the IOR, Pakistan is largely considered a brown water Navy, with sub-optimal regional influence. Credible deterrence as being claimed, is as much a function of the capabilities of the submarine arm to operate in deep waters as it is of the armament. Apropos, the submarine component of the Pakistan Navy does not seem to possess true credible deterrence, either in a conventional or a nuclear scenario.

In sum, while it is important for the Indian Navy’s submarine arm to continue its modernisation to increase dominance amongst the littorals including over Pakistan Navy’s submarine fleet, it is imperative that own submarine profile keeps abreast with the requirements of survivability and deterrence with respect to the PLAN-SF, which would be a true measure of own dominance over the IOR.

Jul 26, 2021
[…] which has also been elucidated in an article on India’s submarines in Chanakya Forum @ https://chanakyaforum.com/indias-submarines-towards-regional-dominance/ […]

Jun 15, 2021
India has now started to recognise the need of making a he defence sector indigenous. For this to happen we need to raise incentives so that more of private aa semi private enterprises can invest on a large scale .

Jun 14, 2021
India is doing good and I appreciate this initiative

Jun 14, 2021
Sir, Very informative as the requirement of World class Submarine fleet is much needed to support our ambition to be the major player in IOR. My count of expected 24 conventional submarines 1) P75 -Scorpenes : 9 ( 3 new Scopenes with AIP and later upgradation of 6 AIP) 2) P75 I- Super Scorpenes : 9 ( with Vertical Lauchers for Brahmos and / or Nirbhaya missile along additional to AIP) 3) 6 Midget Size Submarines for Safegaurding our Navy Bases and patrolling shallow waters ( accommodating aleast medium range anti ship Cruise missile through torpedo tubes will be added advantage). (Interesting to know if we go for lease or purchase of advance Akula class SSN considering role of Quad in IOR in future )

Jun 14, 2021
very informative post, keep it up, I want to know more such news about Indian Navy