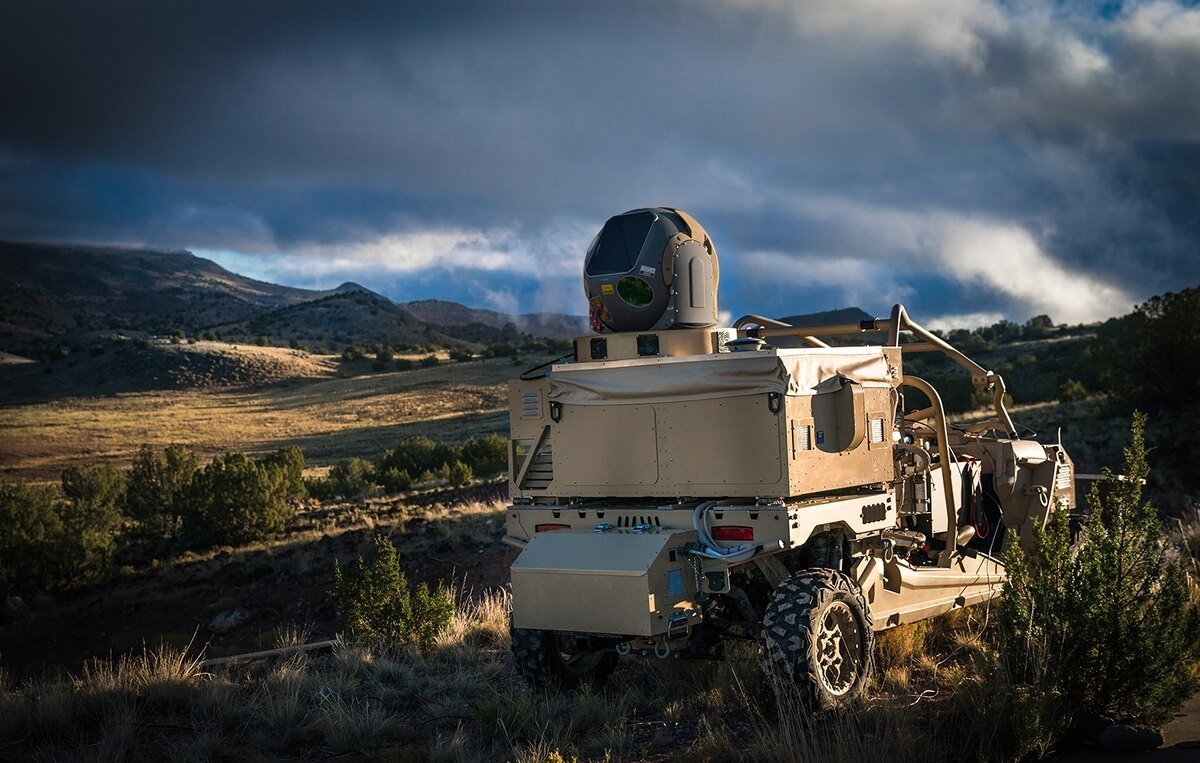 The 21st century battlefield is faced with a new dilemma – the unmanned threat from air. Unmanned Aerial Systems (UAS) have been around for some time and few developed countries have used it effectively for surveillance and precision attacks on high value targets. USA has been using Predator and Global Hawk class of UAVs for such missions across the globe.  In the middle of the 19th century, unmanned hot air balloons started appearing in the military conflicts of Mediterranean Europe. However, with the artificial intelligence (AI) and miniaturization taking giant technological leaps, the advancement of Unmanned technologies has been moving at a somewhat rapid pace. Miniature drones, combat UAVs and quadcopters used in swarms have caught the imagination of military planners – a recent example being the conflict in Nagarno Karabakh. They are cheaper, destructive and excellent tools of coordinated precision attacks.

Presently, they are performing a wide range of battlefield jobs including Intelligence Surveillance and Reconnaissance (ISR), loitering munitions, logistics and post strike damage assessment (PSDA). Moreover, these low-cost systems are being chosen to deliver radical offensive firepower against robust and valuable military assets. For instance, the US Navy has wiped out a sea-based target with a swarm of canister-launched UAVs in a fresh maritime drill involving drones in the month of April.

Most importantly, these cheaper swarm-capable suicide robots have become a formidable threat for even modern advanced air-defence as well as security services around the world. In Nagorno-Karabakh War between Azerbaijan and Armenian military forces last year, Azeris forces reported successful destruction of Russian-made “S-300” air-defence systems of Armenia by their Israeli-built loitering drones. Apart from this, major global terrorist or insurgent outfits are also employing cheap offensive drones to attack targets which are far away and cause casualties. The Saudi Aramco refinery attack is a perfect example of how out of proportion results can be achieved than the means employed – shock and awe with a few off the shelf drones. Drone warfare has emerged as a widely discussed issue today in military circles worldwide and countering drone threats have assumed significance both during peace and war.

A Counter drone or Counter UAS (C-UAS) weapon can be a kinetic variant or a directed energy system. Modern kinetic weapons are effective against these pervasive aerial threats, but high-cost and mobility issues make them less desirable for active counter-UAS solutions. Even as the lightweight and miniature air defence missile systems equipped with IR, laser or radar guidance are deployed as active defence, the security forces worldwide today require an affordable and battle-tested anti-drone concept to spot, identify and accurately attack these immediate and quickly evolving threats without overmatching resources. USA and Israel have been pioneers in C-UAS systems, developing various options like jamming of drones, directed energy weapons and physical destruction using projectiles.

To address UAS threats and future requirements of the US military and global market, the leading American defence companies including Raytheon, Lockheed Martin, Boeing Defense and Northrop Grumman have engaged in the development of advanced High Energy Laser Weapon Solutions. The directed energy weapons or high-energy lasers / electromagnetic waves combined with sophisticated array of state-of-the-art sensors are proving to be the highly precise and low-cost countermeasures to deal with latest drone and armed UAV threats.

Predominantly, the Raytheon of the US has been actively working on one of the most advanced High-energy Laser Weapon System (HELWS) based C-UAS concepts for the US military. Employing photons or light particles, the Raytheon’s directed energy Counter-UAS technology allows detection of threats, tracking during maneuvers, and positive visual identification to defeat a wide range of threats, including Unmanned Aerial Systems, rockets, artillery shells and mortar rounds.

‘Laser Systems’ are almost over fifty years old. However, they started getting prominence in recent times as multiple past issues like weight, size and power etc are no longer deterring them to be deployed in the battlefield as the key technologies to package them in cost effective and efficient manner have evolved and is the preferred method to deal with intruding small drones and swarm UAVS. Unlike traditional weapons, these affordable systems offer nearly an infinite number of laser shots, minimal logistics and pin-point accuracy with very low collateral damage.

The modern-age militarised laser generators can emit sustained and sufficient high energy beams, and in conjunction with passive or active  sensors to cause damage or blind airborne systems of specific size. Equipped with high density Lithium-ion batteries, the solid-state lasers are a step up in technology that can make even more robust high-energy laser beams against aerial robots in actual combat, hence, these high-energy laser systems could serve as an integral layer of a multi-tier defence shield of a military force. With a low cost-per-shot ratio HEL is an affordable and viable option to protect military and critical infrastructure, and rapidly kill threats.

Raytheon High Energy Laser Weapon Systems (HELWS) has already been tested by the US Air Force and exceeded 4,000 hours of operations overseas. The US-developed laser-based defence provides military bases, airports and other high-value targets (HVT) 360° protection against small unmanned air vehicles. The ruggedised packaging of the system enables users to deploy it as a standalone system or quickly mount on a variety of military platforms including Army Vehicles, aircraft and warships. Interestingly, Raytheon’s HELWS has been installed and tested on an AH-64 Apache attack helicopter for an air-to-surface engagement role. 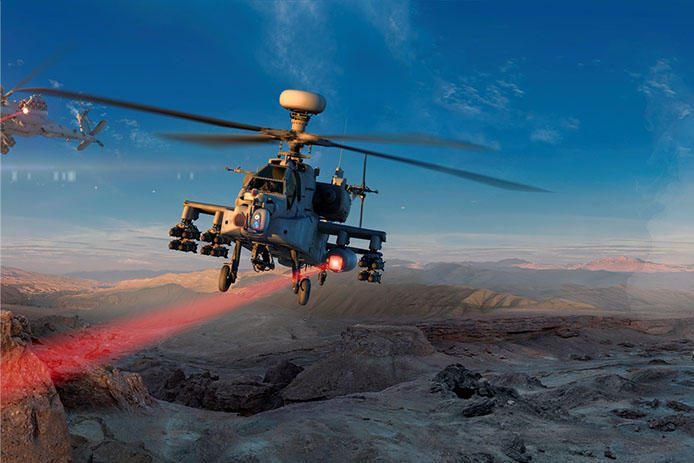 “You need multiple detectors because drones are very hard to spot. They can fly feet from the ground, avoiding radar, have a very small cross section, are relatively quiet and almost impossible to spot with the eye when they are above 300 feet”

In addition, the Raytheon C-UAS system has already been certified for use in combat. Under land-based HELWS, the company has developed a Counter-UAS system featuring a spectral beam-combined high-energy laser and Multi Spectral Targeting (MTS) sensors package mounted on Polaris MRZR 4×4 all-terrain vehicle. The leading facts about MRZR-based CUAS concept includes —

The modular approach to design and develop these HEL systems has played a key role in exploiting Raytheon’s proven technologies and available industry components to rapidly develop cutting edge C-UAS systems and quickly move to manufacturing. The modular approach will further help to develop scaled-up iterations of the existing HELWS systems. Instead of going for a fresh redesign, the focus will be to use the same operator controller, FCS, and target tracker and acquisition method, while laser modules, power source and thermal management will be scalable. The Raytheon Group is also expanding its efforts to develop two scaled-up iterations—

While Raytheon has been working on multiple HELWS prototypes for the US military, the company has been actively looking for potential future customers for its HEL based Counter-UAS systems, and expecting a boom in global sales of its battle-proven systems. This year, Raytheon has teamed with UAE-based AL JASOOR to mount its HEL set-up on Randan 8×8 Infantry Fighting Vehicles. 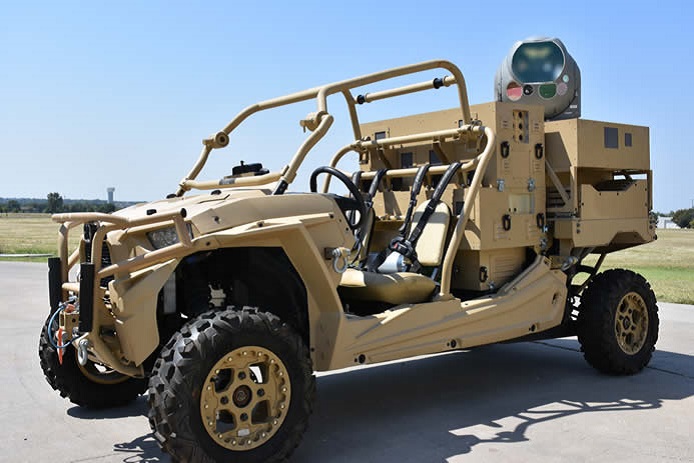 According to Markets & Markets, the actual value of the international Counter-UAS systems market was around $600 million in 2020, which is expected to thrive at a CAGR of 32.2%  from 2020 to 2025. In 2025, the total market size for anti-drone systems is projected to cross the $2.4 billion mark. Interestingly, the American industry will enjoy the largest share of the C-UAS systems market during this period. Raytheon Group with its other national competitors are the key players in the global anti-drone market which could touch the $5 billion figure by the end of 2027.

Indian Armed Forces have gone in for a rapid expansion in their UAS capabilities, primarily from Israel and USA as well as developing home grown technologies for drones and UAVs. It is important that the military acquires credible anti drone capabilities as well, especially with two hostile neighbours engaged in hybrid war with India. There has been a number of instances where drones have been used to support terrorist operations across LOC as well as to send in arms and ammunition across IB. The Directorate General of Civil Aviation and AAI have also shown interest in upgrading the air defence of vulnerable / critical airports by installing static counter drone systems. The Border Security Force (BSF) had issued a draft Qualitative Requirement for trials for an Anti Drone System in October 2019.

A number of possibilities exist in designing a system to counter drones which may extend later to UAVs as well as collaborative swarms. However, directed energy systems like Raytheon’s HELWS will be a highly flexible and viable option for augmenting the air defence capabilities as far as drone threats are concerned, both in civil and military domains.