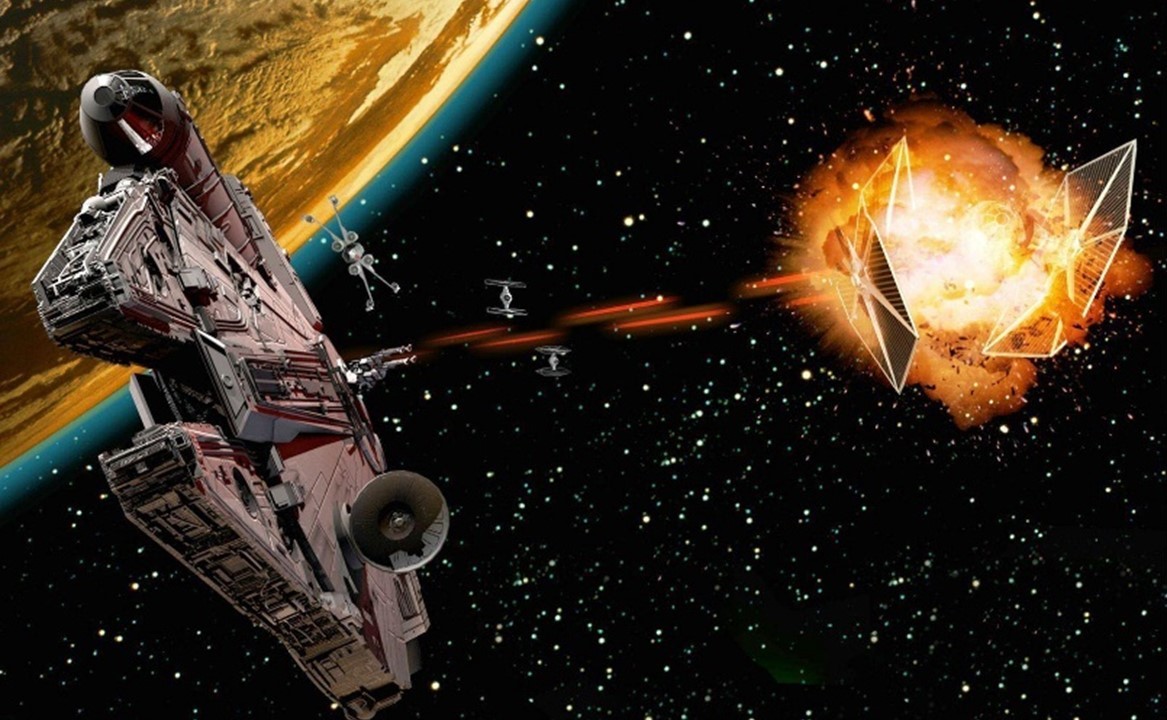 “There is no battle arena that favours mobility, strategic brilliance and lethality more than Space!”   – By the Author

Mankind, has, till very recently, looked at the spheroidal area of near-earth space as an altitude-band for satellites with military and civil applications as well as near-earth space exploration by manned/ unmanned vectors. The permissible altitudes of these platforms and operations have hithertofore been restricted by the need for adequate resolution (surveillance/ reconnaissance-low altitude) to the need for larger swathes for communication, meteorology and navigation, among others (geo-stationary satellites-high altitude).

In any case, the maximum altitude of all such platforms above the earth is restricted to about 35,000 Km. This leaves a tremendously large swathe of space between these satellite platforms and the orbit of our natural satellite-the Moon, referred to as Cis-Lunar Space (CLS). The CLS is a large swathe of space, free of gravitational influence and therefore deployment in this region would obviate the high-intensity logistics and propulsion requirements of excessive fuel/ equipment for landing/re-entry/sustained deployment. That having been said, this hithertofore largely ‘unexploited’ territory, is ripe for exploitation for peaceful but, more worryingly, for military use!

What Essentially is The ‘Territory’ of CLS? 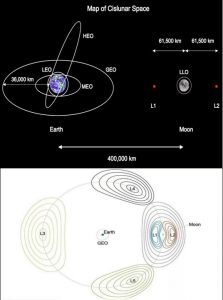 ‘Cis-Lunar Space is the area around the Earth extending out to just beyond the Moon’s orbit and including all of the five ‘Lagrange’ Points (L1 to L5), [reference points] that are stable in position in reference to the Earth and Moon as they rotate about each other. L1 is always in front of the Moon and L2 is always behind the Moon, each by [about 61,500 kilometers]’. (As extracted from ‘thespaceoption.com’).

‘The Cis-Lunar domain is defined as that area of deep space under the gravitational influence of the earth-moon system. This includes a set of earth-centered orbital locations in low earth orbit, geosynchronous earth orbit, highly elliptical and high earth orbits, earth-moon liberation or “Lagrange” points …. and low lunar orbit’.  -ntrs.nasa.gov

LLO is approximately 100 Km above the Lunar Surface.

What Are the Censures Against CLS Militarisation?

Militarisation of space beyond military reconnaissance/surveillance platforms has hithertofore been proscribed by various international statutes like resolutions adopted by the UN General Assembly and UN Committee on the Peaceful Uses of Outer Space (UNOOSA) and the Treaty on Principles Governing the Activities of States in the Exploration and Use of Outer Space (Outer Space Treaty-OST), including the Moon and other celestial bodies, which, in particular, prohibits the placement of nuclear weapons or any other kinds of weapons of mass destruction in outer space or on celestial bodies.

The OST came into force on 10 October 1967. As of February this year, 112 countries are parties to the OST, while another 23 have signed the treaty but have not completed ratification. The above statutes also establish basic principles related to the peaceful exploitation/use of outer space for the benefit and in the interests of all countries. They also stipulate the immunity of celestial bodies including the Moon from claims to ownership/ appropriation/ sovereignty by any Nation as well as prohibition against establishment of military bases/installations/fortifications and the conduct of military manoeuvers on such celestial bodies! The Conference on Disarmament also focusses on ‘prevention of an arms race in outer space’, including preventing the placement of weapons in outer space and prohibiting the use of anti-satellite weapons.

What Would be the Drivers for CLS Militarisation?

The various resolutions mentioned above, however, are more bound by mutual commitment than by any concrete strictures/ sanctions to prevent the exploitation of space including CSL from such misadventures. This portent becomes increasingly ominous when one takes into consideration the hair-trigger readiness that Nations have established in the event of a terrestrial nuclear exchange, a concern that could well force Nations to extend their military capabilities into CSL, with relative immunity from terrestrial action and the obstructions posed by near-earth platforms/ space debris, while retaining the wherewithal to militarily influence a terrestrial/ near-earth space conflict from this domain.

The cancellation of the 1972 Anti-Ballistic Missile Treaty (ABMT), formalised between the USA and the then Soviet Union as an adjunct to the Strategic Arms Limitation negotiations, from which the USA withdrew on June 13, 2002, prohibited both sides from deploying anti-ballistic missile defence systems, with the vision that such a treatise would curb the arms race of Weapons of Mass Destruction. The fallout of this, however, is the fear echoed by the then US Secretary of Defense, Donald Rumsfeld, of a ‘Space Pearl Harbour’-referring to an unexpected offensive against USA’s space-based platforms, which would affect the country’s military space-based capabilities and consequently terrestrial military operations, as a subset of other functions which rely heavily on satellites to function. In order to prosecute such operations, space powers will need to look at the sanctuary of CSL, wherein indefinite deployment of military and military-sustenance platforms could be affected for use against near-earth or terrestrial platforms.

As on earth, militarisation of CSL including the domain of space could also manifest in military efforts to gain control of existing resources, either directly or by way of denying them to a (potential) adversary. Such an attempt to exercise military control in CSL would extend to the Moon’s surface/ sub-surface resources as well as control of the volume of space that makes up the CSL- to exploit this space for future reconnaissance/surveillance platforms, logistics platforms for deeper exploration and for space-based weapons, as well as to deny them to other Nations.

Fortunately until now, all space-based military platforms/applications were focussed towards enabling the pan-domain terrestrial-battle. The militarisation of space, other than short-term experiments like the US Beam Experiments Aboard a Rocket (BEAR), which successfully demonstrated the propagation of a Directed Energy Weapon (DEW) in low-altitude space (read more @ https://chanakyaforum.com/asat-systems-space-weaponization-a-boon-or-bane/), has largely been forbidden and any kinetic/ DEW research efforts have been focused either towards Anti-Satellite technology or Planetary Defence, which deals with the destruction, deflection or mitigation of natural near-earth Impactors, such as NASA’s Double Asteroid Redirection Test (DART), launched to deflect an asteroid at a distance of approximately 11 Million Km from the Earth (read more @ https://chanakyaforum.com/planetary-defence-mitigating-threats-from-space/ ).

The Moon and CSL have probably escaped any past attempts at militarisation owing to the sheer difficulty of distance and protracted logistics support involved. However, in the calculus of human-orchestrated global Armageddon, when conflict on our planet is tending to become untenable due to the existential risks involved, the Moon and the void in between represent a new ‘Vital Ground’ from where operations against other Nations can continue to be prosecuted. This deepens the danger of a race to militarise CSL!

How Could CSL be Militarised?

The infirmities enshrined in the OST include allowing the use of military personnel for ‘peaceful exploration’ and scientific research in space. Countries could well disguise or argue away their efforts at CSL militarisation under the grab of ‘establishing deterrence capability’ to ‘safeguard National interests’. In any case, close-quarter monitoring of activities in this region by the UN or other statutory bodies as well as potential adversary countries would be a herculean task. Some of the ways/reasons for which CSL could be militarised are elucidated below. 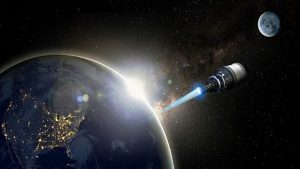 The sheer scale of effort required to militarise CSL and the disproportionate advantages that would accrue from the same would geometrically increase global sensitivity to such actions. While these would invite worldwide resistance, space-capable countries are unlikely to spare any effort towards ensuring that this advantage is not squandered, which could well result in a race for the militarisation of this hithertofore undisturbed region of space.