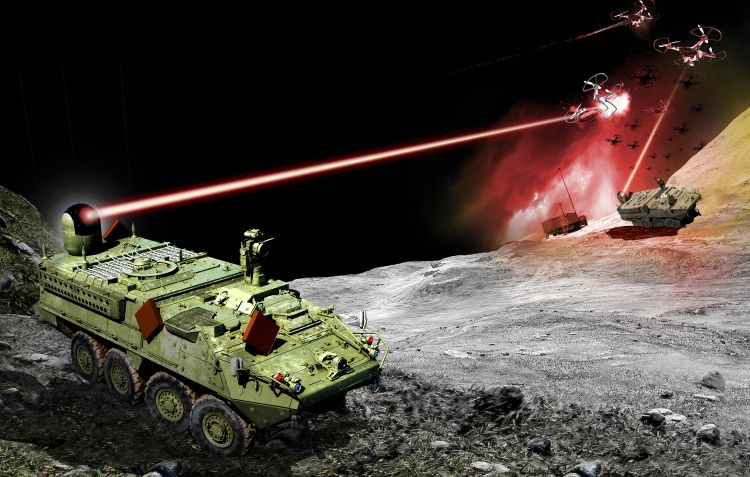 The evolution of Directed Energy Weapons (DEW) goes back to the use of parabolic mirrors by the Greeks in © 200 BCE to set fire to Roman ships attacking the city of Syracuse. From the mid-1950s to the late 1970s, the Soviets allegedly bombarded the U.S. Embassy in Moscow with microwave radiation that resulted in numerous American officials developing severe health problems. These events became collectively known as the “Moscow Signal” attacks. Use of high power microwave DEW were also reportedly employed by the US military to disrupt and destroy Iraqi electronic/ command & control systems during the Iraq War.

More recently, certain International Dailies reported in Oct 2020 that Chinese troops in Galwan had “fired a microwave weapon” at some of the hill features under dispute, thus forcing Indian soldiers to retreat. India, however, has refuted these claims.

With such incidents as a backdrop, it needs no emphasis that in modern battlefields characterized by transparency and situational awareness, the need of the hour are systems capable of destroying or incapacitating an adversary’s combat potential with minimum signature and negligible collateral damage. No other weapon systems fit these requirements as aptly as do  DEW Systems.

What is a DEW?

A DEW is a weapon that destroys, damages or incapacitates its target with highly focused energy, including laser, microwaves or particle beams.

Types and Development of DEW

For the first half of the 20th century, development of DEW largely remained in the fictional domain, with a Star Wars  like aura! Post the Second World War, US commenced work on the development of the LASER, which was completed in the early 1960s. The last four decades have witnessed notable advancement in various types of DEW as enunciated below:-

LASER Weapon Systems (LaWS).  A BrahMos Cruise Missile, with a supersonic speed of 2.8 to 3 Mach, would take about five minutes to reach its target located at its maximum operational range of about 300km, while a LaWS, engaging at the speed of light, would hit the target in a millisecond! This makes LaWS particularly suitable for engaging fast-moving targets.  The first usage of LaWS in combat was when Turkey claimed to have used the ALKA – a  dual electromagnetic/laser weapon,  to destroy a Libyan UAV in 2019. 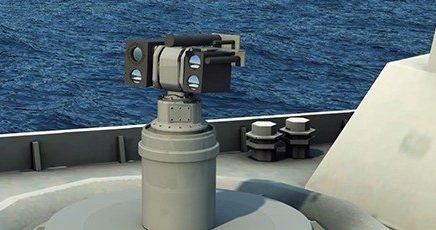 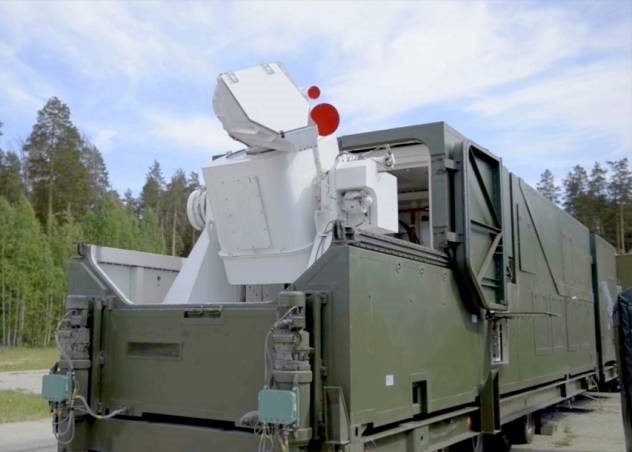 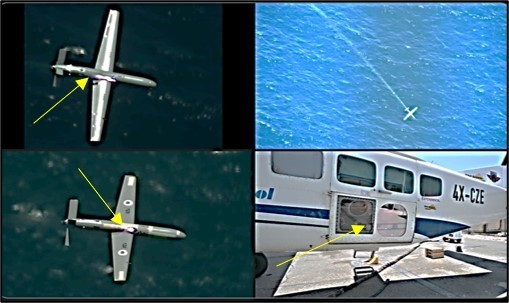 Microwave DEW.  Any weapon which has a microwave range between 300 MHz and 300 GHz is generally classified as a microwave weapon. These DEW disrupt electronic components and can produce graduated effects, depending upon the amount of energy that is directed. Unlike lasers, microwave frequencies are insensitive to weather and can penetrate clouds, rain, and dust. Current technological developments in the US are in the areas of Information warfare (IW)-to transmit inimical messages/ signals, suppression of enemy Air Defence (SEAD) and aircraft self-protection.  Bofors HPM Blackout is a microwave DEW that can destroy electronic equipment at short distances. Active Denial System (ADS) is  used for area denial, perimeter security and crowd control. Mob Excess Deterrent Using Silent Audio (MEDUSA) developed in the US is another example of  non-lethal microwave DEW.

Particle-Beam DEW.  Particle-beam DEW use a directed flow of charged or neutral particles as a damaging factor. In the 1970s, the US was simultaneously developing beam based devices of various kinds along with other DEW. The US Army wanted a new Air Defence system, based on particle beam weapons while the US Air Force oversaw the development of a space-based Missile Defence system for the Strategic Defense Initiative program. The Beam Experiments Aboard a Rocket (BEAR) Project was launched in New Mexico in July 1989 and successfully demonstrated propagation of a particle beam in space from an altitude of 90 km. These DEW find application against ground forces, in aviation and for targetting space- based assets. Other countries, as far as is known, have researched but have not tested this concept.

Plasma DEW.  Plasma DEW fire a beam stream of plasma, which is an excited state of matter consisting of atomic nuclei and free electrons. In the 1980s, US Military researchers discovered that a ball of superheated gas (plasma) was produced when a laser hit a target. The plasma DEW system was consequently developed to use a laser pulse that heated this plasma so rapidly that it exploded. This DEW offered long-range LASER accuracy, high rate of fire and “scalable effects,” meaning that its lethality could be adjusted. Subsequent power upgrades resulted in the more powerful  Plasma Acoustic Shield System (PASS) in 2013, which was applied to target vehicle windshields to stop drivers approaching checkpoints during the Iraq War. In September 2018, the US began a three-year project to finally produce a viable non- lethal plasma DEW- the Scalable Compact Ultra-Short Pulse Laser System (SCUPLS), which uses new short-pulse lasers. 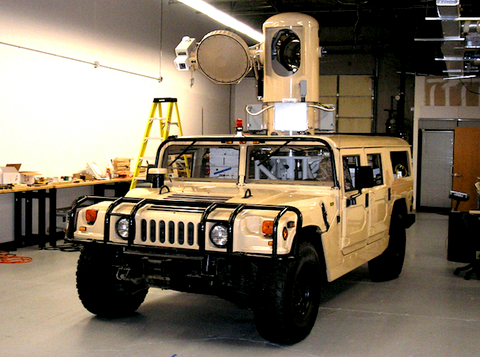 Sonic DEW.  Sonic DEW use sound as a means to injure, kill or incapacitate. These DEW function in the frequency range of 1 Hz to 30. The Nazis reportedly developed a sonic cannon capable of shooting down allied bombers. In 1972 France was using infrasonic (3 to 20 Hz) generators on civilian population for crowd control. By 1973 the ‘Squawk Box’ was used by the British Army in Northern Ireland. This DEW could target specific individuals by producing audible sound. In the early 1990s Russia created a 10 Hz sonic cannon, which was adjustable up to lethal levels. The Long Range Acoustic Device (LRAD), developed by US emits a focused beam of audible sound up to 1 km at a power level of up to 150 decibels. LRAD has been used in different countries to suppress riots and combat sea piracy. 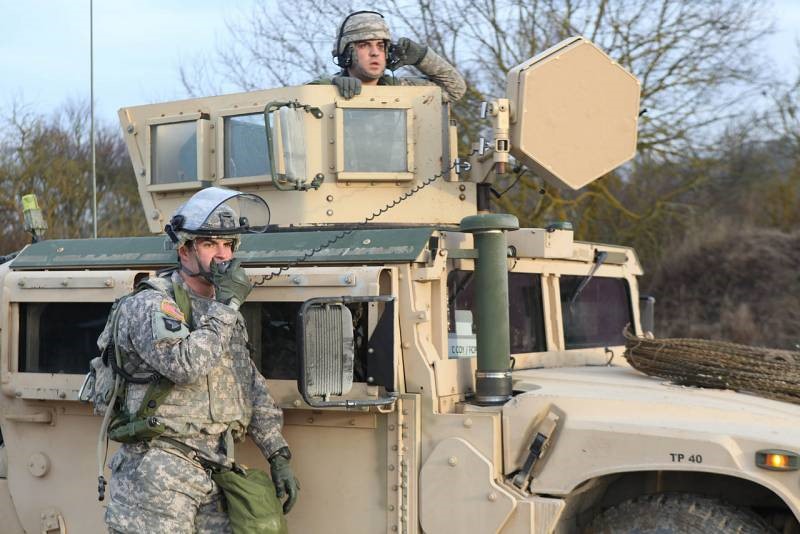 Directional Atom.  This idea involves the creation of a special atomic warhead that transfers most of the explosion energy in a given direction. The most famous development is the American Project Casaba, on which work began in the 1950s. The Casaba developments were proposed to be used in the Excalibur as a Ballistic Missile Defence (BMD) system for the US. The concept involved packing large numbers of expendable X-ray lasers around a nuclear device, which would orbit in space. During an attack, the device would be detonated, with the released X-rays being focussed to destroy multiple incoming target missiles. This project is also presumably at the drawing board stage.

DEW for Missile Defence.  In the US, various Government agencies  are researching DEW and railguns to counter ballistic missiles, hypersonic cruise missiles, and hypersonic glide vehicles. These systems are expected to be fielded in current decade.

Counter-Directed Energy Weapons (CDEW) Program.  The US initiated CDEW Program was in response to the rapid development of DEW threats. Research in this field includes development of survivability and self- defence capability, including development of special filters, signal-noise mitigation and use of materials that can potentially obscure LASER/ radio waves. Techniques to synthetically degrade the atmosphere in order to attenuate adversary DEW are also being researched.

As per the Technology Perspective and Capability RoadMap (TPCR) – 2018 for the Armed Forces, in Phase I the Indian Army and the Indian Air Force require a minimum of 20 “tactical high-energy laser systems” which are capable of causing damage/ destruction to communication/ non- communication systems at a range of 6 to 8 km. In Phase II, the demand is to have laser systems that have a range of over 20 km to target “soft-skinned” vehicles and personnel from both land and aerial platforms.

The Defence Research & Development Organisation (DRDO) had successfully tested a truck-mounted LaWS in 2018 to hit a target located 250 m away. DRDO in the next step is testing a high-powered truck mounted laser of 2kw against a target located at a distance of 1 km. DRDO had announced in September 2020, that DEW development will be a part of the National program which will have short, medium, and long term goals towards development of DEW variants. On Independence Day 2021, DRDO deployed its vehicle mounted anti-drone system with a 10 kw LaWS to engage aerial targets up to 2.5 km. A second variant is a tripod-mounted LaWS with power of 2 kw and a maximum range of 1 km. 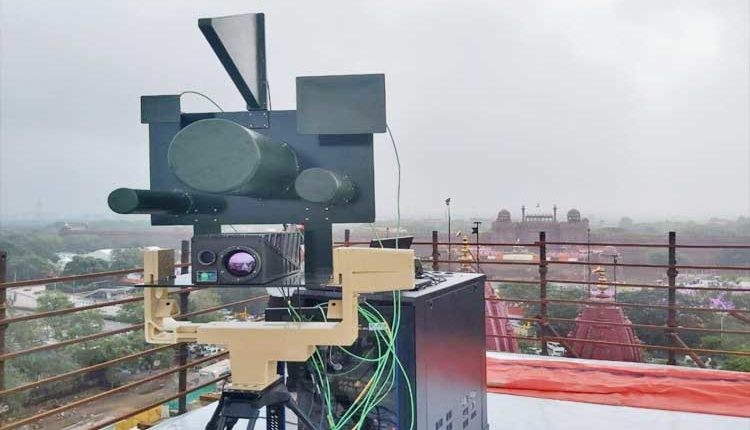 Some ongoing/ future projects include:

The drone attacks in Jammu Airbase on 27 June should be a wakeup call for India’s security establishment and the decision makers. Such attacks are likely to increase in due course as both military and non-state actors including terrorists will opt for safer and cheaper options to target critical assets or spread panic. Anti-drone systems and DEW could be the suitable answer for such future threats.

DEW provides a number of capabilities and advantages over traditional weapons due to speed-of-light delivery, precision engagement, controlled/scalable effects, logistical benefits of minimal replenishment and low cost per shot. Furthermore, DEWs are silent, offer plausible deniability, cause minimal collateral damage, can travel immense distances relative to conventional weapons and engage multiple targets. Consequently, these advantages will support the development of a wide spectrum of military equipment and capabilities.

Oct 26, 2022
[…] waves. The microwave range of these weapons lies between 300MHz-300GHz, with the capability to derange electronic components and to produce graduated effects. Moreover, microwave frequencies, in […]

Aug 20, 2021
awesome information all together

Jul 23, 2021
Very rapidly this website will be famous among all blog people, due to it's nice articles

Jul 09, 2021
Excellent article sir, given the time when new contours of Anti-drone Tech are being assessed. DE Weapons can play a huge role against low-cost threats.

Jun 29, 2021
Future weapons are becoming more sophisticated and we are catching up with the technology. Thanks DRDO.

Jun 28, 2021
Sir, Thank you very much for this article.. its cleary help to understand us where is the gap?

Jun 28, 2021
what a masterpiece, covers a gamut of information about the coming weapons of the decade....and where does india stands in the current situation...

Jun 28, 2021
India should develop high power lasser weapons.it will be a gift for India and Indian

Jun 28, 2021
we as usual are late. we are dependent on Israel in this matter who in turn is directed/guided by US. I am afraid that we shall have second grade equipment and technology.

Jun 28, 2021
thanks sir, this article provide alote of information.. specially on lws.