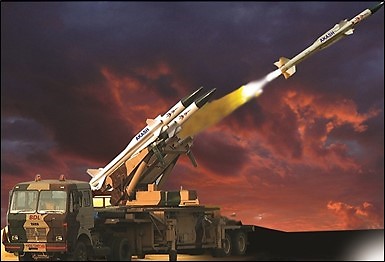 The protection of India’s sovereign borders is the paramount responsibility of the Indian Armed Forces. In doing so, the country must be prepared to thwart an incoming adversary threat from all three dimensions. While land and maritime threats take time to manifest, the temporal margins in the case of an attack from the air are relatively small and therefore require accurate, robust and responsive systems for Air Defence (AD). The margins in time and space become even more demanding when the threat dimension graduates from manned/remote aerial platforms to incoming ballistic missile threats, giving rise to the imperative need to acquire and develop AD shields to defeat such attacks. While the Russian S-400 Triumf  Integrated AD System being acquired by India is an important part of the Nation’s Ballistic Missile Defence (BMD) shield, the Akash Surface to Air Missile (SAM) System) along with its latest variants is India’s notable effort towards meeting these threat- mitigation requirements.

The Akash is a medium-range (MR) SAM system with a range of 30 to 70 Km across variants, designed to provide AD to vulnerable areas (VAs) and vulnerable points (VPs) to include military and civilian assets of the country. The SAM system is capable of intercepting and destroying fighter aircraft, Unmanned Aerial Vehicles (UAVs) and incoming air-to-surface/cruise/ballistic missiles. Akash is a shining example of self-reliance and an epitome of public-private sector partnership with over 90% components by cost being indigenous and several PSUs/private manufacturers having contributed to the successful fielding of the system. Akash has been developed by Missiles and Strategic Systems (MSS) Cluster of the DRDO with various laboratories/ establishments of the DRDO responsible for missile integration, launcher development, development of the Rajendra Passive Electronically Scanned Phased Array (PESA) Radar (the primary sensor at Troop level for the Akash) and development of tracked missile carriers. The system is being assembled by Bharat Dynamics Limited (BDL), with critical components, simulators, integrated software & technical support equipment being manufactured by Bharat Electronics Limited (BEL), Electronics Corporation of India Limited (ECIL), Tata Power Strategic Engineering Division (SED) and Larsen & Toubro.

Development and Induction. The Akash MRSAM was among the five missiles to be initially developed by DRDO under the Integrated Guided Missile Program (IGMDP).  DRDO commenced design and development of the Akash SAM System in the late 1980s. The system continued to be subjected to extensive system, field and Indian Army (IA)/Indian Air Force (IAF) user trials through the next two decades. The development chronology of the Akash SAM has also been briefly covered in another article https://chanakyaforum.com/mr-sam-boosting-efficacy-of-indias-air-defence/.The IA had sought acquisition of 2000 SAMs for a contract cost of Rs. 12500 Crores, intended to replace its existing arsenal of SA-6 Kvadrat SAMs. The maiden induction of the system into the IA took place in May 2015 as part of raising of two Akash Regiments (now operationalised), with two additional regiments of Akash Prime reportedly ordered in 2019. IAF, on the other hand, had initially sought acquisition of 1000 SAMs @ 125 SAMs per squadron. Order for the first two SAM squadrons for the IAF was placed initially in 2009, with 6 and later 7 additional squadrons ordered in 2010 and 2015 respectively. Maiden induction into the IAF took place in July 2015. Delivery of all squadrons for the IAF, to be deployed in approximately five bases across the country, is scheduled to be completed this year. The SAM system has a total contract cost of approximately Rs. 23,000 Crores, which, as per an MoD statement in 2018, has saved the exchequer approximately Rs. 34,500 Crores in foreign exchange due to the relatively lower cost of the Akash SAM as compared to similar foreign missiles. On 30 December 2020, the Cabinet Committee on Security (CCS) cleared exports of Akash SAM, based on interest expressed by some ASEAN countries, UAE and Belarus.

The Akash is a road-mobile SAM system mounted on a self-propelled (SP) (wheeled/ tracked) Akash Launcher (ASPL). Akash can be deployed in single/multiple battery configurations to provide AD to VAs/VPs. Each Akash Battery is configured with four ASPL with each launcher mounting three SAMs. The simultaneous fire of up to eight missiles per battery is controlled from a Battery Control Center (BCC) with inputs from the Rajendra PESA Battery Level Radar (BLR). In this configuration, with allocation of two missiles per target in ripple-firing mode, upto four targets can be engaged simultaneously, which enhances the kill-probability from approximately 88% to greater than 95%! In the IAF, two batteries are grouped together to form a Squadron, while in the IA, four batteries are grouped together to form an Akash Group, forming part of the integrated AD deployment in a sector/theatre. A four-battery group can provide AD to an area ranging from 3600 Km2 to 5000 Km2, depending on deployment pattern (shape) selected. Both Squadron and Group configurations are controlled from a Group Control Center (GCC), based on a SP platform, which carries out target analysis and allocates targets to BCCs. The GCC is provided early warning inputs from a Central Acquisition Radar (CAR) (a 3D radar developed by DRDO as a joint venture with other PSUs/private firms), which provides three-dimensional inputs including range (distance), azimuth (direction) and elevation (altitude) to the SAM system. The CAR is a medium-range, high-resolution surveillance & tracking radar, mounted on a TATRA high mobility vehicle, which is capable of tracking 150 targets upto a range of 170 km and an altitude of 18 km. The CAR can be deployed in less than 20 minutes, has an array of Electronic Warfare features that make it immune to enemy aircrafts’ self-protection jamming system and can detect low-flying and supersonic targets. Individually deployed batteries which are controlled directly by their BCC are provided targeting inputs from a 2D Battery Surveillance Radar (BSR) (providing only range and azimuth) with a 100 km range. Several support vehicles compliment the Akash SAM System to make it self-sustaining in the field, including the Missile Transportation Vehicle, the Power Supply Vehicles (GPSV and BPSV) and the Engineering Support, Maintenance and Repair Vehicles (GEM/BEM). 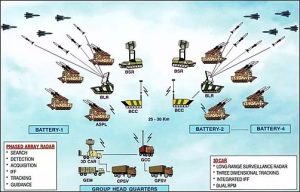 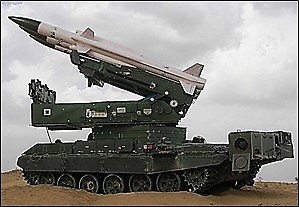 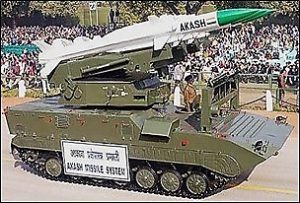 The basic variant of the Akash SAM has an intercept range of 25 km. The SAM has a launch weight of 720 Kg with an overall length of 5.78 m. The vector is supersonic and is capable of flying at speeds upto 2.5 Mach, propelled by a ramjet propulsion system, which is activated post burnout of the initial rocket motor, thus enabling the missile to fly at sustained speeds for interception (read more about this @ https://chanakyaforum.com/brahmos-cruise-missile-indias-contender-in-the-supersonic-vector-race/ ). The high kill-probability is offered due to the presence of an onboard command guidance system, allowing the missile to be controlled for the entire duration of flight. The actuator system can carry out movement of fins on the body, which allows the missile to manoeuvre even upto 15G, making the missile capable of tail-chase or lock-on with the target. The 55 Kg warhead is pre-fragmented, allowing easy detonation by a digital fuze, which activates in proximity of the target (thus making a direct hit unnecessary). The Akash is reported to be capable of carrying a nuclear warhead.

A few events in the chronology of development of further Akash variants are enumerated below:-

Akash-1S. As a precursor on the roadmap towards integrating Akash into the BMD system,        the Armed Forces requisitioned a SAM with a seeker that could accurately detect and intercept inbound targets. The Akash 1S with indigenous seeker was thus developed by      DRDO and tested in May 2019, with an intercept range of 30 Km and an enhanced 60 Kg           warhead. The 1S variant, like the base variant, incorporates command guidance and active          terminal seeker guidance, which manifests in higher kill probability.

Akash-NG.   The NG variant is a successor to the base variant/Akash 1S and is primarily   designed for the IAF, with a shorter reaction time to intercept high speed and rapidly   manoeuvring aerial threats with low radar cross-section, such as UAVs and stealth/near- stealth aircraft. The second stage ramjet propulsion of the missile is replaced with a solid-fuel    dual-pulse rocket motor, which allows segmented (controlled) burning of the solid-fuel           propellant, thus increasing reliability and enhancing range upto 70 Km. The NG variant       mounts an Active Electronically Scanned Array (AESA) Multi-Function Radar, which allows         electronic steering of the seeker beam without physically moving the antenna. It is also          equipped with an improved proximity fuze which can carry out optical detection of the target.           The missile is canisterised i.e. stored in controlled conditions in special containers, thus       enhancing its longevity and shelf-life. The third test-firing on 23 July 2021 in inclement        weather conditions demonstrated the all-weather capability of the variant. The variant is projected to enter operational service next year.

Akash Prime.   The Akash Prime variant is primarily designed for the IA and has a maximum range upto 50 Km. It is mounted with an active radio-frequency target seeker with a target lock-on range of approximately 15 Km to enhance kill-probability. This variant has been tailored to suit the high-altitude, low-temperature conditions prevalent along India’s borders, especially along the Line of Control against Pakistan and the Line of Actual Control opposite China-a fact that has prompted the IA to seek acquisition of two additional regiments with this variant.  The Akash Prime successfully intercepted and destroyed an unmanned aerial target mimicking an aircraft during its maiden test, thus demonstrating kill capability against UAVs and manned aircraft. 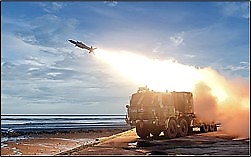 While a plethora of AD systems are available with India’s Northern/Western neighbours for comparison, Pakistan is reportedly banking upon the LY-80 mobile Low to Medium Altitude Air Defence System (LOMADS), designated HQ-16 (Hong Qi-‘Red Banner’) by the People’s Liberation Army (PLA), as a counterpart to the Akash SAM System. It has a maximum range of 40 Km and can fly at Mach 3 to engage targets upto an altitude of 10 Km. It employs semi-active radar homing in the terminal phase of flight. This SAM system relies on an  IBIS-150 3D PESA target-search radar  (read a brief comparison of AESA/PESA radars @ https://chanakyaforum.com/swathi-wlr-aatmanirbhar-in-elusive-weapon-locating-capability/) with a maximum detection range of 150 Km and battery-level tracking radars (TR) with a range of 85 Km. The TR can detect six/track four targets simultaneously. A battery comprises of a tracking radar and four launchers. Pakistan initially ordered three HQ-16 systems with eight IBIS-150  radars in 2013-14 with a follow-up order for six additional systems in 2014-15. The missile was first inducted into the Pakistan Armed Forces in 2017. The HQ-16 SAM is analysed to be Pakistan’s mainstay for medium-range interception. The improved HQ-16 B with a range of 70 Km is reported to have been offered by China for export. In the PLA, the HQ-16 is considered to fill the gap between the HQ-7 Short Range SAM with a maximum range of 15 Km and the HQ-9/9A/9B Long Range SAM, with a maximum range greater than 300 Km. 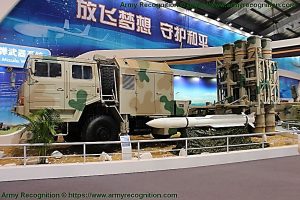 The ever-increasing threat paradigm of aerial attacks, characterised by swift targeting and high lethality, has necessitated investment in short-reaction, accurate, lethal and flexible AD weapon systems, capable of neutralising multiple quantitative and qualitative threats. The Akash SAM system, with its range and accuracy, provides an effective foil against manned and unmanned aerial attacks. Further induction of improved variants of this versatile weapon system would prove indispensable for self-reliance in strengthening of India’s AD shield.

Mar 12, 2022
What is the Status of AAD & PAD?No News of these Air Defence systems once proven effective by DRDO..