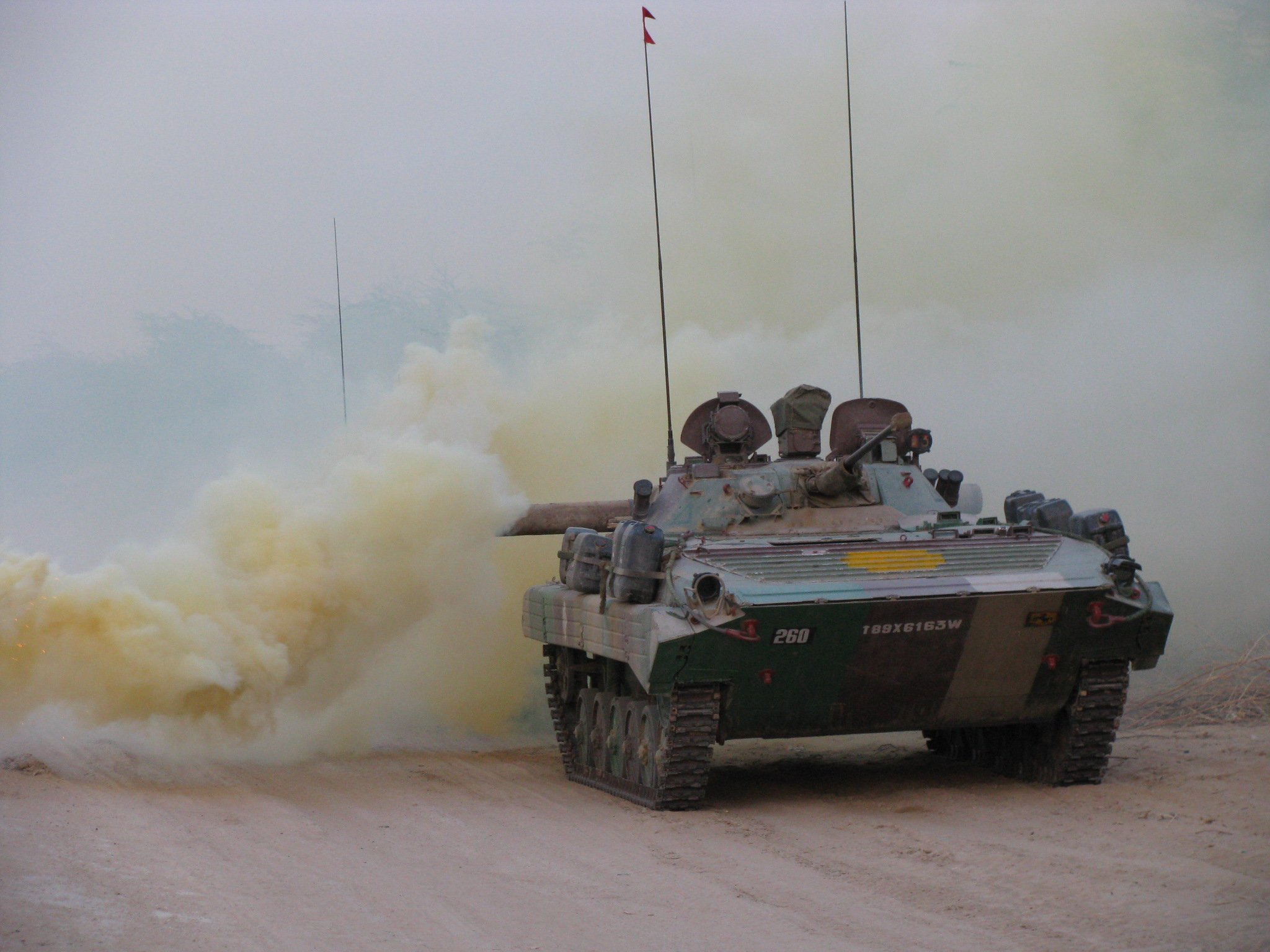 “Battles are won by slaughter and manoeuvre. The greater the general, the more he contributes in manoeuvre, the less he demands in slaughter.”

For India to become a major power economically, technologically and militarily, it is imperative to nurture strong Armed Forces to effectively counter the multi-domain threat manifestation from its Northern and Western adversaries. This requires a planned integrated joint tri-service approach, combined with a pragmatic civil – military symbiosis for expedient Ministry of Defence (MoD) decision making process, under stewardship of the CDS, PC-COSC and DMA. The establishment of prospective Joint Theatre Commands in near future is mandated; attributed to the battlefield dynamics in the Indian sub-continental context, necessitating a joint doctrine paradigm. In a conflict scenario, the Western front is likely to be characterized by enhanced complexities of a volatile, ‘short window’ high intensity mechanized operations in an ‘autonomous’ warfare environment, having endemic surprise and deception mechanisms with technological capabilities to inflict unprecedented damage on the war fighting potential of the opponents. Multi fold advantages can be gained on employment of autonomous weapon systems embedded into the military combat structure, as force-multipliers towards accentuating strategic plans and mitigating large casualties by rationalizing the warrior resource interface on dangerous missions. They are capable to inflict ‘beyond the horizon’ damage, causing destabilization through remotely controlled weapon systems in a multi-dimensional perspective.

The mechanised operations would be orchestrated in an environment comprising concentrical layers of 5th, 6th & 7GW firepower devastation effects of varying magnitudes. The evolving 5GW is the extreme form of non-contact warfare, it makes use of networks, combat clouds (cloud computing for combat), multi-domain battle and fusion warfare. Emergence of ‘Swarm Tactics’ with autonomous weapons is a logical extension of ‘network centric warfare’. The futuristic 6GW technology aims at manipulating the space-time loop to own advantage, with extreme electronic deception by corrupting the digital data of the adversary, presenting false signatures with use of holograms to deceive and corrupt the O-O-D-A (observe-orient-decide-act) loop of the adversary to own advantage. With intelligent and optimised use of manned/ unmanned automated platforms the adversary can be psychologically subdued prior to outbreak of hostilities. However, the 7GW spans the entire bandwidth of automated warfare, where Artificial Intelligence (AI) would substantially reduce the human interface in critical decision making and execution. The Indian Armed Forces have structures for 3GW and counters 4GW threats with limited technology infusion. It is yet to formulate strategies/ plans to counter the emerging 5th, 6th and 7th GW threats. To face these emerging threats and ensure a credible/ punitive deterrence India needs to evolve the tri-service ‘Joint Vision’ document and implement the integrated joint operations doctrine concomitantly with homogeneous joint structures, joint professional education, training and execution.

The Army had formulated a proactive doctrine known as ‘Cold Start’ to launch multiple swift offensives as part of unified battlegroups of the respective strike/ holding corps for the Western front. It predicated holding attacks by India’s conventional forces deployed along the borders to prevent a nuclear retaliation from Pakistan in case of a conflict. The inexpedient pace of a strike corps taking three weeks to fully operationalize its largescale forces to the Western Front during Operation ‘Parakram’ along the International Border (IB) was unacceptable. In after action reviews, the military thinkers concluded that swift mobilization and consequent manoeuvres in obstacle ridden terrain with inadequacy of offensive capability and corresponding supporting arms of holding corps was a serious inconsistency for rapid operations and thereon perceivably, the concept of IBGs originated.

The operational effectiveness of mechanized forces depends on its deploy ability in terms of time and terrain for the envisaged tasks, employability across the entire spectrum of conflict and developing synergized combat power in the projected area of operations, optimizing space, cyber and entire bandwidth of information warfare, retaining sustainable ascendancy. Therefore, it is a strategic mandate to operationally restructure the Indian Army with the perspicuous aim to develop a high-end technology enabled, scalable, highly versatile, lethal and futuristic combined arms modular forces, capable of decisive operations in a multi-spectrum conflict, based on mission-oriented grouping.

The proposed Integrated Battle Group (IBG) concept comprises an armoured brigade and an infantry brigade with supporting arms and inherent interoperability and synergy to execute theatre plans in any contingency of preemption by the adversary. Exercise ‘Sindhu Sudarshan’ using IBGs was held in November- December 2019 with more than 40,000 troops participating in an all-arms battle array of Divisions and Brigades carrying out offensive operations in deserts, showcasing synergised joint operations between the Indian Army and IAF, in an integrated air-land battle to validate pro-active strategy on the Western front. Basically, two IBG configurations were successfully tested, one for offensive roles (strike corps more armour with tank-intensive for thrusts across the border to carry out hostilities such as cross-border operations), and one for defensive postures (holding/ pivot corps infantry-centric to hold ground), to withstand an enemy attack.

The operations of IBGs are characterized by high mobility, lethality and survivability, based on three foundational doctrinal principles of Manoeuvre Warfare, Directive Style of Command and Combined Arms Task Force. The force application matrix entails executing a rapidly mobilized, swift offensive operations by elements of a reconstituted Pivot Corps simultaneously combined with a cumulative offensive momentum by mobilized IBGs of Strike Formations fighting to a synergized joint strategic plan into enemy depth areas to gain the defined ‘End State’. The significant aspects of IBGs in an Autonomous fluid battlefield milieu on the Western front is discussed in succeeding paragraphs.

IBG Concept and its Operational Application

On both the Western and Northern front there would be dedicated centralized IBG Reserves, acting as dual task formations/ strategic reserves for any emergent operational situation, including out of area contingencies. The key element of success of IBGs would be ‘information superiority and decision dominance’ in the visualized conflict spectrum, which require desired fusion threshold of military software programming and technology. Further, C5ISR will only be empowered if we shift from a ‘platform centric’ approach culture to a ‘network centric’ approach. In short, we need a knowledge based, decision oriented networked joint force application capability in the Armed Forces to be effective in an ‘Autonomous Warfare’ milieu.

The synergy of mobility, survivability, and lethality, technically in the design and employment of modern networked weapons and platforms will pose a stronger threat as a ‘Digitized Force Matrix’. The cornerstone of success is to ensure that the combined arms IBG is a cohesive force with seamless connectivity with empowered ISR, enabling it to combat remotely guided projectiles for destruction of targets through drones, robotic weapons, space/ ground based tethered missile platforms in a highly automated destructive environment. The all-encompassing aspects of cybernetics, hacking of systems, quantum physics, laser weapons etc. and assumes critical significance in this warfare.

Dynamic, ‘critical thinking’ pre-emptive leaders having comprehensive knowledge data base of employment of combined arms and operational dimensions of battle space as the Science of War cum human interface as the Art of War will unequivocally have decisive outcomes of IBGs in mechanized battles. Audacity, tenacity, boldness with initiative is the arbiter of success. Thus, along with restructuring IBGs, we must focus on building competent directive style of command leadership for well embodied integrated joint planning, innovative tactics and non-linear thinking. Imperative that IBG commanders fight proactively smart with complete information of the enemy and total familiarity on the capabilities of its weapon systems/ platforms to maximise battlefield lethality index with minimum collateral damage/ casualties. 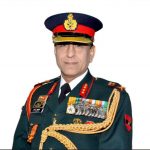 Lt Gen (Dr) SK Gadeock, AVSM (Retd) is a Mechanised Infantry Officer. He has been the Commandant Defence Services Staff College (DSSC), Wellington (T.N.) and has been conferred with many National, International and Lifetime Achievement awards. Currently he is the Director General at Amity Institute of Defence & Strategic Studies (AIDSS).

May 15, 2021
Extensive comprehensive article written meticulously with valuable content for comprehensive National Security. Digitised soldiers with autonomous systems combined operations of triservices will be the strategy. Congratulations General Gadeock. We are very proud of you. Dr W. Selvamurthy

May 15, 2021
sir, please give your attention to private militia in these war. As, confronting war between nuclear power is short lived. And the use of integrated military-industrial complex with government having majority stake.