The Ukraine War: From Here to Where? 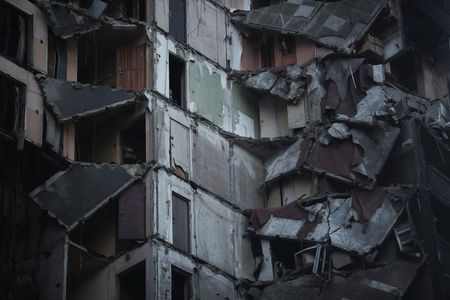 The dynamics of war will always remain unpredictable. In February 2022 the reputed Russian war machine was expected to flatten all resistance of the Ukrainians in a matter of days. During the last six months, Russia has had to change course and address alternative objectives within Ukraine when it made no headway in the North and North-West. Today a situation exists where Russia has effectively blockaded the southern seaports on the Black Sea through which the Ukrainian economy usually sustained itself. It has captured some built up areas in the eastern Donbas region and continues to develop operations to capture more. Operations in the north are centred on missile strikes and artillery, with risky engagement of even a nuclear power plant. The war would long be over but for the financial, logistical and equipment support provided to Ukraine by NATO led by the US.

$40 billion in additional aid to Ukraine approved by the US Congress in July 2022 brings the total U.S. commitment during the Russian invasion to roughly $54 billion, when combined with the aid package passed in March 2022. No accurate figures are available but the wherewithal is sufficient to prevent the fall of Kyiv and other major cities in the north and to give resistance in the Donbas region.  The bulk of the aid is allocated through traditional foreign aid channels. That includes money to provide urgent support, health services and food assistance to Ukrainian refugees inside and outside Ukraine.  It also includes funds for logistical support, training for the Ukrainian military and other national security forces, and for a fund intended to secure the continuity of Ukraine’s government. The package authorized the transfer of an additional $11 billion in American weapons, equipment and defence supplies to Ukraine, and allocated $9.1 billion to replenish that stockpile. That is a lot of money, and it will keep the US military industrial complex ticking for some time, no doubt.

Ukraine has displayed a propensity to put up plucky fights everywhere. However, there are few assessments available which dwell on the actual warfighting capability with enhanced weaponry available to it. The Ukrainian forces have been ready learners and the overall technical culture appears to be holding them in good stead while absorbing the weapons and equipment that is coming their way. From a personnel angle Russia may be a large nation in terms of its area but it has an aging population and the ability to put men and women under arms may not be very easy, especially if we have to believe some of the casualty figures put out by NATO sources.

In the latest reports in the much-respected news magazine, The Economist of 27 August 2022, the focus in the war zone in Ukraine appears to be on the management of personnel more than weapons and equipment. To sustain this war with any degree of effectiveness both sides will have to refurbish their personnel resources. The Russians may have lost as many as 15,000 soldiers and the Ukrainians too are close to that figure, while both sides may each have about 45,000 personnel injured with the majority unable to return to combat. Motivation in the case of the Ukrainians is much higher, at least for the moment and thus finding volunteers is not difficult to raise or replenish units. Training for at least 10,000 personnel is being organized by NATO by transporting them away from their nation. Much of this is happening in the UK whose leadership role and initiatives appear to be substantial.

A 700,000 strong Ukrainian Army reinforced by armed police and border guards can muster a total of a million men and women under arms. The Russians may have had an initial advantage of larger numbers but with casualties and Putin’s refusal to declare war, which could have helped him muster conscripts, personnel is a limiting factor.  It’s not entirely clear whether Putin has been actually fed the right numbers as far as the war in different domains is concerned. The highly centralised system may be keeping failures from the President’s knowledge and not informing him of the relative problems in finding replacements and relief for casualties. Probably lots of green recruits will be added and higher rates of pay and allowances will draw some numbers. Yet, for the Russians casualty figures are therefore likely to increase. Putin’s worries should also be about the concern that gets raised when body bags in larger numbers reach villages and semi urban areas. This could have its own political repercussions.

The Russians have all along displayed their willingness to engage with their adversary using artillery with rockets and missiles, causing a fair quantum of destruction. These no doubt will decapitate Ukrainian ability to sustain but territorial gains can only be achieved by the capture of ground, especially the cities. That is not easy because it calls for combined infantry, tank and combat engineer teams to work in sync and accept casualties. The Russians have refrained from this even in the Donbas area. The Ukrainians are seeking to go on the offensive once they probably have the refurbished numbers in their formations and units. This will involve counterattacks, counter offensives or simply ripostes. With renewed training, more advisors and some state-of-the-art equipment they could achieve success in some areas although not perhaps in all. That will help only to extend the war.  Increasingly most military analysts are looking at the feasibility of very little traction on ground in terms of military successes for both sides.

Thus, the war gets to be more influenced by either economics, motivation of the population or both. What President Zelensky is looking at is a ‘last man last round’ kind of military resistance. Civilian motivation and stamina for such a strategy is very limited beyond a point. A ‘breaking point’ can be reached very rapidly and without much warning, although the Russians may not have the spirit and field leadership to exploit such a situation. Economically there are different views about the effect of sanctions. The Russian energy industry appears to be flourishing and very few are actually following norms of sanctions keeping their own interests in mind. Putin may therefore be able to pursue this longer than what is being appreciated. The real clinching issue is the state of energy resource capability and alternatives that Europe has been able to build to sustain the severe winter likely from November onwards.

European infrastructure and global supply have coped, so far, with a 60 percent drop in Russian gas deliveries since June 2021. Total gas consumption in the first quarter of 2022 was down 9 percent from a year earlier, and alternative supplies are being tapped, especially expensive LNG from the US and global markets. A full gas shut off has not occurred yet although Nord Stream I is scheduled to be shut down for two full days around this time. Europe cannot cater for full supply alternatives before the winter. Can Russia survive the economics of not selling gas to Europe? This issue is still nebulous, but India and China make up much of the losses that Russia will suffer. It’s not something which can see volumes increase substantially without additional infrastructure, but it will still be helpful.

Even during the Cold War, the Soviet Union was a reliable supplier of European energy needs. That seems to have changed quite substantially. The Europeans cannot find the alternatives and definitely not at the prices they have been used to. If this is something permanent, then infrastructure and new pricing norms will have to be established.

From all the above it appears that given the military stalemate and the unlikelihood of any major breakthroughs it is the energy scene which may act as a pressure point from the public in Europe. We may just see the winding down and eventual end to the war if the economic domain rises to play its role. A lot depends on the elections to the US Congress at the end of 2022 and which side the dice is cast. A reasonable Democrat showing may just about encourage President Joe Biden to call it a day as far as this infructuous war is concerned. Will Putin follow suit?