The Ukraine Crisis: Another Testimony to the Relevance of Structural Realism 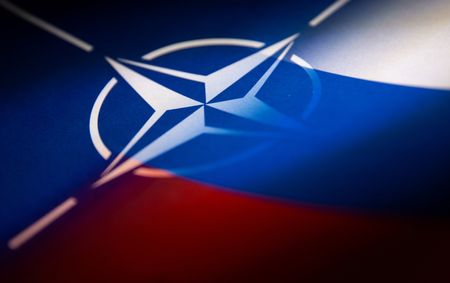 The war in Ukraine has entered the 24th day today and still the cities of Ukraine continue to be bombarded by Russia. Huge loss of infrastructure has taken place while a humanitarian crisis is also unfolding. Most nations of the world continue to criticize Russia for its invasion of Ukraine. The US and the West have united in their cause of economically strangulating Russia through sanctions and trade bans. Putin has been declared to be the Hitler of the 21st century by the Western media.

Notwithstanding all such allegations against Russia, one needs to critically think about the reasons that pushed Russia to take such an action that obviously violates international laws. Is it only the military brinkmanship of Putin that needs to be blamed for pushing the world towards another economic crisis after what happened during the Covid 19 pandemic? Or a few other factors should also be taken into consideration that has its roots in the New World Order of the post-Cold War era.

In order to get a holistic understanding of the causes of the Ukraine War one must acknowledge the continuing relevance of the tenets of structural realism.

Taking cue from Waltz’s arguments about multipolarity and the role of international institutions, this article will attempt to explain that in the current crisis in Ukraine, one cannot unilaterally call out Russia for being the devil. The reasons for the war are much more complex and can only be understood through the lens of structural realism. The indifference of US policymakers to a multipolar world order and using the NATO alliance for earning unilateral benefits are the main causes that led to the Ukraine war.

Many students and scholars of international politics are of the opinion that realism has become obsolete. The central assumptions or arguments of the realist theory like anarchy, self-help and power balancing might have been appropriate for explaining events of the bygone era but in the present context these ideas have been rendered irrelevant by changed conditions and eclipsed by better ideas. New times call for new thinking and changing conditions require revised theories or entirely different ones. The Post-Cold War phase saw the glorification of the western ideas of liberal democracy, interdependence and the vitality of institutions in international politics.

Scholars like Francis Fukuyama had claimed that the end of the Cold War denoted the “end of history”.  For Fukuyama, the end of the Cold War and the disintegration of the Soviet Empire in 1991 meant that the principles of Western liberal democracy had triumphed and the end point of mankind’s ideological evolution had been reached. Hence, he advocated the universalization of Western liberal democracy as the final form of government.

Proponents of the democratic peace theory like Immanuel Kant, Michael Doyle and Bruce Russett had equated democracy with peace by stating that democracies don’t fight each other. Proponents of the theory of interdependence were of the opinion that the growing dependence of states on one another due to the ties of trade and investment have ruled out the possibilities of war.

The liberal institutionalists had always hurled criticism against the realists that it depreciated the importance of institutions in international politics. Institutions or organizations were seen as platforms that could guarantee security to its members against a rival alliance. Institutions also provided the much-needed space to the states for interacting with each other and building mutual trust.

However, looking at a number of events in the post-Cold War era one can argue that the much hyped ideals of liberal democracy couldn’t completely overhaul the arguments of structural realism as developed by scholars like Kenneth Waltz and John J. Mearsheimer. Waltz in his article titled “Structural Realism after the Cold War”, written in the year 2000 argued that the core ideas of structural realism holds valid even after the end of the Cold War which is contrary to the claims made by the western liberals that new conditions require new ideas (ideas of liberal democracy).

The US, which is the self-proclaimed harbinger of democracy in the world, has been involved in numerous wars in different parts of the world, like Afghanistan, Iraq, Libya and Syria. The US, supported by its allies in the West, have orchestrated regime changes in several countries by citing the “lack of democratic institutions” in those countries as the main reason. Therefore, the thesis that democracies don’t fight wars is proved to be incorrect.

Waltz also talks about the underlying asymmetries in interdependence (also pointed out by Keohane and Nye), where powerful nations benefit more than weaker nations. Finally, coming to the point of institutions, Waltz points out how an international institution can be used for accomplishing national interests in the long run by citing the example of NATO (North Atlantic Treaty Organization).

The Cold War was fought between two superpowers – US and the USSR. Many argued that the end of the Cold War gave way to a Unipolar world with the US emerging as the sole superpower. The US policymakers thought that Russia as it emerged from a disintegrated Soviet Union would not be able to pose a major threat to the interests of the US and the West. In the 1990s China too was not considered to be a challenger to US hegemony. Hence, the focus of Washington shifted to other concerns like nuclear proliferation, environmental degradation and international terrorism.

However, since the second decade of the twenty-first century, China has established itself as a major threat to the US, especially through its expansionist designs in the Asia-Pacific. Apart from its military prowess, China is also a formidable economic power. Chinese tactics in Taiwan and its ambitious Silk Road Initiative also prove that the assumptions of a unipolar world by the US proved to be erroneous.

The perception about the US being the sole superpower of the world has also received a blow especially after its withdrawal from Afghanistan and the return of the Taliban to power. By launching the war in Ukraine, Russian President Vladimir Putin wanted to prove a point to the US that the existing world order can no longer be exploited to suit the national interests of Washington. The genuine security concerns of other countries should also be respected. The “no limits” friendship of China and Russia is also an indicator of an evolving world order where the balance of power is slowly shifting in favour of the East.

Realists have repeatedly emphasized the limited role played by international institutions. The biggest example of such an institution/alliance is NATO. It was formed in 1949 with the aim of containing the spread of communism in Europe. Throughout the Cold War it acted as a counter bloc to the Warsaw Pact of the Soviet Union. But one questions its relevance in the post Cold War phase when the Warsaw Pact doesn’t exist anymore. Why does NATO still exist in spite of the numerous guarantees given by the US that it won’t expand its membership anymore and eventually disband the organization? The answer to this question lies in the natural characteristics of any institution.

The realists argue that once an institution is formed, it takes a path of its own and begins to act with a measure of autonomy, becoming less dependent on the wills of their sponsors and members. Once an organization gets well-established it is very difficult to get rid of. A big organization like NATO is managed by a large number of bureaucrats who develop a strong interest in its perpetuation. The durability of NATO even as the structure of international politics has changed, and the old purpose of the organization has disappeared, is interpreted by institutionalists as evidence strongly arguing for the autonomy and vitality of institutions.

Even though the liberal institutionalists point out NATO as an example of a resilient international institution, the realists view NATO as a means of maintaining and lengthening America’s grip on the foreign and military policies of European states. It is a vehicle for the application of American power and vision to the security order in Europe. The survival and expansion of NATO tell us much about American power and influence and little about institutions as multilateral entities. The ability of the United States to extend the life of an institution that has lost its purpose, nicely illustrates how international institutions are created and maintained by stronger states to serve their perceived or misperceived interests.

There is no doubt in stating that the US has used NATO to spread its footprints in Eastern Europe without taking into concern the security interests of Russia. Such actions have pushed Russia to the brink and as a result it has moved closer to China instead of moving closer to Europe and America. It has strengthened Russians who are against liberal democracy and market economy.

Ukraine was the red line according to Russia that the US was trying to cross. The aim of the US is to build a unilateral security architecture in Europe which is best suited to the interests of a unipolar world order dominated by it. This has been done by successive Presidents starting from Bush Sr. NATO had 12 members when it was founded and now it has increased to 30.

The Ukraine war should act as a reality for the US and the West, it is high time they acknowledge the existing realities of a multipolar world order and act accordingly. Competitions in multipolar systems are more complicated than competition in bipolar or unipolar ones because uncertainties about the comparative capabilities of states multiply as numbers grow, and because estimates of the cohesiveness and strength of coalitions are hard to make.

Dhritiman Mukherjee is a Ph.D. Research Scholar at the Department of Political Science in Presidency University, Kolkata. His research interests are International Politics, theories of  International Relations, South Asian Politics, and Indo-Pak relations.

Mar 26, 2022
It is unfortunate that Ppl generally never see the whole picture they see an event as an isolated case. Thus they miss the truth and the media then controls their opinion.