The Significance of India’s Continued Presence at G7 Summits 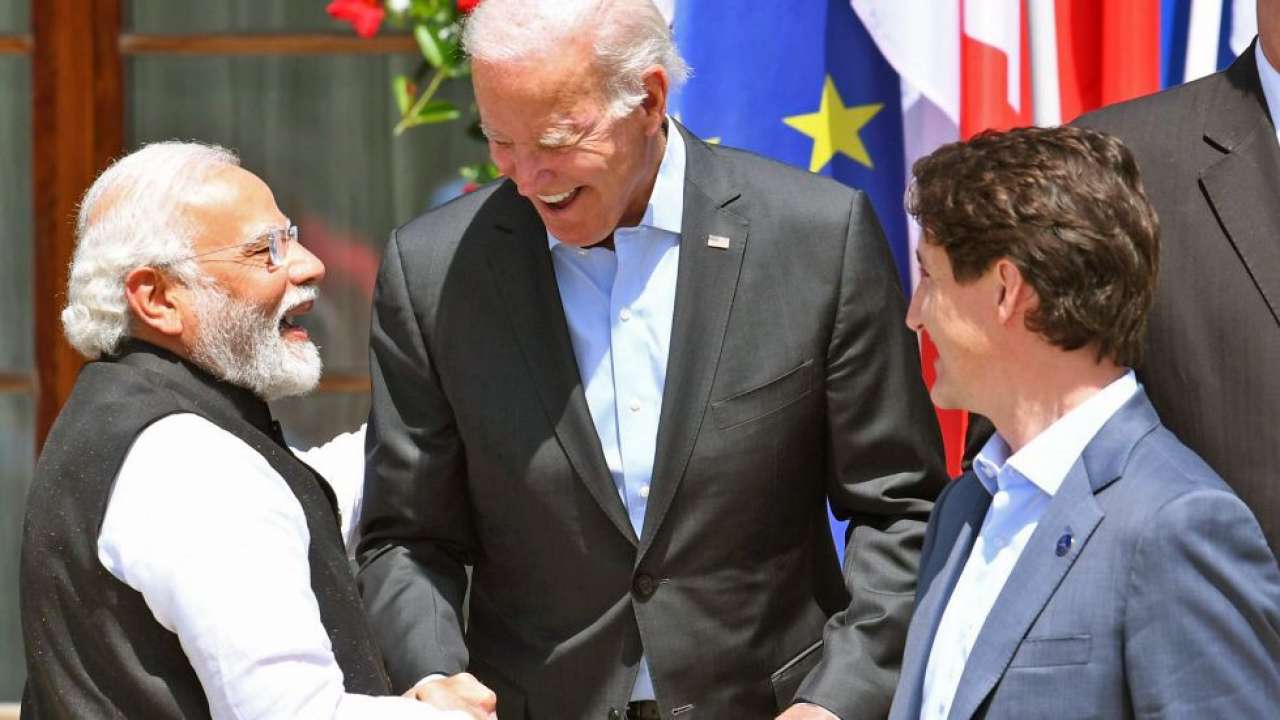 In the wake of the Coronavirus pandemic and the economic havoc it has wreaked on the world, everyone’s concern is about stability, to return to a situation of normalcy and ensure recovery.  Thus, the G7 summit at Schloss Elmau, the picturesque venue in southern Germany, is mostly about recovery from the situation that saw debilitating factors unleashed by not only the pandemic but also geopolitical events in its wake, such as the Russia-Ukraine war, the destabilization of Afghanistan post the US withdrawal, and the progressive concerns about potential conflict in the Indo Pacific region.

The G7 group of nations is an informal bloc with the core formed by seven highly industrialized democracies comprising the US, Canada, France, Germany, Italy, Japan, and the United Kingdom. It meets annually to discuss issues such as global economic governance, international security and energy policy, besides a host of other issues topical to the prevailing situation. In addition to the core nations there are other invitee nations (acting as partners) that are democracies and classified emerging economies. There are also various organisations that are part of international governance. These all form a part of the entire annual exercise.

Five nations have been invited to this year’s summit. These include India, Indonesia, Senegal, Argentina and South Africa.   The European Union (EU) has participated fully in the G7 since 1981 as a “non-enumerated” member. A number of international organizations, including the United Nations (UN), the World Health Organization (WHO), the World Trade Organization (WTO), the International Monetary Fund (IMF), and the World Bank, are also participating in the Summit.

One of the core nations leads the organization for a year; it was Germany’s turn from 2021 thus ending with it hosting the 48th summit in June 2022. The 46th summit which was scheduled to be held at Camp David in June 2020, was cancelled due to the pandemic. The 47th meeting was at Cornwall in the UK in 2021.

From 1998 to 2014 Russia also formed a part of the then G8. After the invasion of Crimea in 2014, its membership was suspended; ironically, its actions in Ukraine and the state of tension with NATO formed one of the main items on the agenda at the 48th summit which included a joint statement in which India excluded itself.

India’s Prime Minister Narendra Modi was invited by the German Chancellor to attend the G7 Summit. The Prime Minister spoke in two sessions that included Environment, Energy, Climate, Food Security, Health, Gender Equality, and Democracy. That sums up almost the entire social agenda of the Summit.  There were bilateral meetings with leaders of some of the participating countries, a usual practice to exploit the presence of so many world leaders at one location. This is the third time that PM Narendra Modi attended the Summit, the first two being at Biarritz, France in 2019 and Cornwal, UK in 2021.

It would be an immature deduction if one was to conclude that one of the intents of the meeting was to woo India to move away from its neutral stance over the war in Ukraine. The invitation to India (third in succession with many instances in the past too) recognizes its democratic credentials and its true potential as an emerging economy. It is one of the few nations which have made a remarkable recovery after the pandemic, even though it may not be entirely out of the woods due to the new negatives such as energy prices and worldwide impact of the war in Ukraine.

There is no doubt that of the seven nations, six are members of NATO which is virtually in a state of proxy war against Russia. In the efforts of most of these nations to persuade the Indian leadership there has been a realization that India’s interests do not necessarily clash with those of NATO and in remaining neutral it is only defensively securing itself. That is the reason for the flurry of visits of foreign ministers we witnessed in Mar-Apr 2022.

Even the broad-minded approach adopted by partner nations at the Quad summit at Tokyo ended in full appreciation of India’s stance. It was a great opportunity to cement the perception that India has the will and capability to contribute to the larger international cause but will ensure that it works within the interests of its own people always in mind. External Affairs Minister S Jaishankar had clearly enunciated this when in an interaction he pointed out how the West was not talking of the energy purchases from Russia by European nations while fingers were being pointed towards India with efforts to woo it away from such purchases.

PM Narendra Modi visited Europe just three months ago, his first international visit in 2022. Under his leadership India appears to be rightly assessing the outcome of the geopolitical environment in the wake of, and post the war in Ukraine. A stronger and more confident Europe with NATO in revival mode is more than likely. No one is really awaiting the outcome of the Ukraine war; there is a foregone conclusion that the world post Ukraine is going to be quite different, hence the need to make the openings right now when trends and processes are yet in the making.

Attendance at the Summit gave India greater exposure to be closely embedded in the international system of governance. With major institutions such as the IMF and World Bank, besides WHO, the Indian story is heard with greater focus and scope remains for furtherance towards positive conclusions. So, unlike its neighborhood where these very institutions are engaged in firefighting, India remains in the zone of respect for the management of its affairs.

It’s also a question of the other issues which beset the world at large. It was an opportunity to sit at the high table and present India’s case in terms of its contribution during the pandemic, the potential for support that it can bring on issues concerning climate change, sustainable development goals, clean energy, protection of lives through waiver of patents for life saving drugs especially during pandemics, food security and economic stability. India’s 2 trillion US$ economy with potential to rise to 5 trillion US$ in the future bears great opportunities for G7.

As a nation with abiding geopolitical interests in Europe, West Asia, the Trans-Caucasus, Indian Ocean Region and the Indo Pacific, the Indian presence at major summits of this nature reflect its deep desire towards engagement across the board and also towards developing focused relationships and partnerships. PM Modi’s proximity to France’s President Emanuele Macron and the latter’s liberal attitude towards pursuance of peace in Europe by actively seeking an end to the war in Ukraine, creates the right chemistry for as complex an issue as the Ukraine war. While G7 stands united against Russia over the invasion of Ukraine, India reiterated that there must be an immediate cessation of all hostilities and to take the route of dialogue and diplomacy.

Jorge Liboreiroa, a news journalist with Euronews, in a piece dated 25 April 2022 stated – “India’s enormous political, economic and demographic weight represents an invaluable source of potential for the EU, which, in a similar vein to the United States, is trying to develop a pivot to Asia to act as a counterbalance to China’s towering influence across the region”. Europe has been late in its realization about China and is now in search of partners. While the strategic shift may take place towards the Indo Pacific, China would like to keep the same centered on Europe. India is central to both due to its geostrategic location, economy and demographics. By being a regular attendee at forums such as G7 India develops direct stakes with the G7 countries and this adds to its stature in the Quad too.

With energy being one of the major concerns for India it was only appropriate that PM Modi stated – “All of you will also agree with this that energy access should not be the privilege of the rich only. A poor family also has the same rights on energy. And today, when energy costs are sky-high due to geopolitical tensions, it is more important to remember this thing,”.

With “Progress towards an equitable world” being the goal of this summit it was extremely appropriate for an Indian representation here. PM Modi’s presence added a larger-than-life perception of this all-important event. With a successful Quad and G7 engagement each, India’s flanks in depth appear well covered and well engaged. These engagements in continuity even as we maintain our stance of neutrality over Ukraine, could help us ease into a position of greater flexibility if the same is ever desired.